What lies ahead for the global financial markets and freedom in the US? Best-selling author, world-renowned speculator, and brilliant libertarian philosopher Doug Casey returns to the Outer Limits of Inner Truth. Casey offers his perspectives on the philosophies of Martin Armstrong, Jeff Berwick, and Larken Rose to name a few. Casey also discusses the new nightmare that we are apparently all in the midst of walking into (and what people who love free speech can do about it)..

Doug Casey has garnered a well-earned reputation for his erudite (and often controversial) insights into politics, economics, and investment markets.

Doug is widely respected as one of the preeminent authorities on “rational speculation,” especially in the high-potential natural resource sector. Doug wrote the book on profiting from periods of economic turmoil: his book Crisis Investing spent weeks as #1 on the New York Times bestseller list and became the best-selling financial book of 1980 with 438,640 copies sold; surpassing big-caliber names, like Free to Choose by Milton Friedman, The Real War by Richard Nixon, and Cosmos by Carl Sagan. He has been a featured guest on hundreds of radio and TV shows, including David Letterman, Merv Griffin, Charlie Rose, Phil Donahue, Regis Philbin, Maury Povich, NBC News, and CNN; has been the topic of numerous features in periodicals such as Time, Forbes, People, and the Washington Post; and is a regular keynote speaker at FreedomFest, the world’s largest gathering of free minds.

Doug has lived in 10 countries and visited over 175. He currently spends most of his time in Argentina and Uruguay, and traveling to various dysfunctional hellholes.

Today you’re most likely to find him at La Estancia de Cafayate, an oasis tucked away in the high red mountains outside Salta, Argentina. Cafayate most resembles the isolating beauty of Bryce Canyon, Utah combined with the lush vineyards of Napa Valley. Residents enjoy economic and social freedoms not found in the US and some of the best wine and golf on the planet.

The “Great Reset” and the Future of Money… Here’s What You Need To Know
https://internationalman.com/articles/the-great-reset-and-the-future-of-money-heres-what-you-need-to-know/ 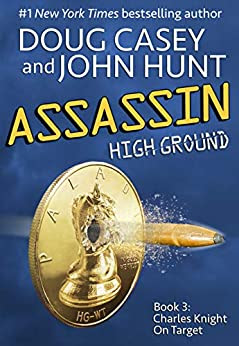 Charles Knight is released from an especially unpleasant stay in prison, only to rejoin a society overwhelmed by looting, riots, arson, viral panic, mob-think and economic decay . . . with a presidential election in the balance. The cronies are in charge, abetted by their media lackeys and political puppets. They’ll do anything to get what they want. How can Charles stop the deadly crimes committed by those who control the law, print the money, and confuse the minds of the people? Crimes that push millions into poverty, servitude and ignorance. Will a highly unorthodox presidential candidate and a cryptocurrency network that turns the surveillance state on its head be enough to expose and defeat them? Or do some people just need to be killed? The cronies are moving fast. Charles Knight needs to move faster.