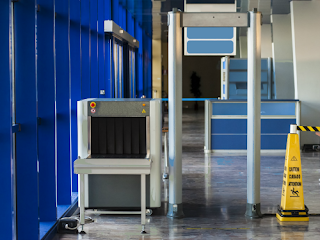 It wasn’t that long ago that the TSA was attempting to expand their operations beyond airports, and into every public space under the guise of their VIPR teams. These teams still exist of course, but their presence hasn’t made any waves in recent years. I suspect that the TSA is so thoroughly hated by the public, that the-powers-that-be are nervous about expanding their reach any further. When an idea is so despised by everyone, no matter their political affiliation, it’s nearly impossible to push the agenda any further.

But that doesn’t mean it won’t be implemented under a different name. In light of the recent movie theater shooting in Louisiana, New York State Senator Tony Avella began working on a new piece of legislation. If it passes, it would force all movie theaters, stadiums, and malls to have metal detectors. Aside from the gross violation of private property rights that this bill would create, you might notice that it follows the same slippery slope that created the TSA we know and hate today. They started out waving metal detector wands over passengers, and now they X-ray our bodies and inspect our privates.

Avella is evoking the same freedom-killing rallying cry used by every nanny state minion in history, by suggesting that if these measures save a single life, it will all be worth it. “Something has to be done and when you think about it, it’s hard to realize that we live in a different world; but we do.”