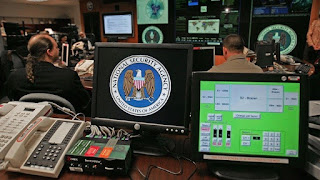 William Binney, a former crypto-mathematician who worked for the NSA before resigning in 2001, became a whistleblower on programs he had a role in developing — programs he believes were being misused to spy on US citizens.

“It is the FBI [Federal Bureau of Investigation] and the DEA [Drug Enforcement Administration] that are actually using this,” said Binney.

Binney says the NSA database is not limited to just US law enforcement agencies, either, adding that the NSA is “sharing this data around the world with all the policing agencies around the world who they collaborate with.”


The NSA’s mission statement claims the agency’s purpose is to collect data from foreign targets “for intelligence and counterintelligence purposes.” In 2013, whistleblower Edward Snowden leaked information revealing data collected by the NSA, under programs such as Operation Stellar Wind, actually encompassed personal information of nearly every citizen of the United States.

Following the exposure of its domestic mass surveillance and spying programs, the NSA has gone on to defend its operations as being in the interest of national security. It also claims to have violated no US privacy laws, although a May 2015 federal appeals court ruling determined the NSA’s mass collection of telephone metadata was both unconstitutional and illegal. Despite the ruling, the NSA has stated that it still plans on keeping and using the data.

In addition to the court ruling, the NSA is currently being sued by the nonprofit Wikimedia Foundation, the American Civil Liberties Union, and others in a lawsuit that claims the agency’s monitoring has hindered the effectiveness of a free press.

David Neely is editor for TruthVoice.com