The founder of a US-based website that earlier published the same un-redacted documents that WikiLeaks publisher Julian Assange was later indicted for has invited the U.S. Department of Justice to make him a co-defendant with Assange.

“Cryptome published the decrypted unredacted State Department Cables on September 1, 2011 prior to publication of the cables by WikiLeaks,” John Young wrote in a Justice Department submission form, which Young posted on Twitter on Tuesday.

“No US official has contacted me about publishing the unredacted cables since cryptome published them,” he wrote. “I respectfully request that the Department of Justice add me as a co-defendant in the prosecution of Mr. Assange under the Espionage Act.”

Assange has been charged with possession and dissemination of classified information, some of the same material that Young possesses and disseminated. Young founded Cryptome, which he calls a “free public library” in 1996. It was a precursor of WikiLeaks in publishing raw, classified and unclassified government documents on the internet.

A cornerstone of the Justice Department’s case against Assange is that he recklessly published State Department cables leaked to him by Army Intelligence Analyst Chelsea Manning, which, the U.S. says, endangered the lives of named U.S. informants.

Young is asking the Justice Department why he too hasn’t been prosecuted for publishing these names before Assange did. 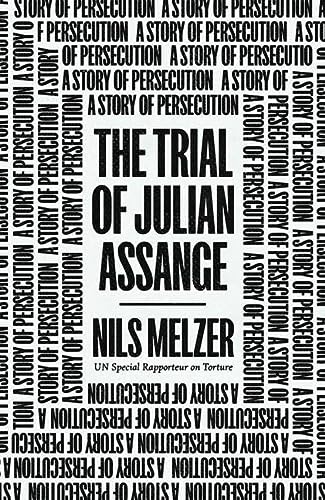 The Trial of Julian Assange: A Story of Persecution

At Manning’s court martial, Brig. Gen. Robert Carr, testified under oath that no one was actually harmed by the WikiLeaks releases. Then Defense Secretary Robert Gates called the leaks “awkward” and “embarrassing” but said they did only “fairly modest” damage to U.S. foreign interests.

Internal U.S. government reviews have determined that a mass leak of diplomatic cables caused only limited damage to U.S. interests abroad, despite the Obama administration’s public statements to the contrary.

A congressional official briefed on the reviews said the administration felt compelled to say publicly that the revelations had seriously damaged American interests in order to bolster legal efforts to shut down the WikiLeaks website and bring charges against the leakers.

Assange was actually more concerned about redactions than the editors of his mainstream media partners who worked with him on publishing the releases.

Mark Davis, an Australian television journalist who documented Assange’s activities during the weekend in London before publication, said that while the other editors went home, Assange pulled all-nighters to redact informants’ names.

Two days before publication Assange wrote to the U.S. ambassador in London seeking help from “the United States Government to privately nominate any specific instances (record numbers or names) where it considers the publication of information would put individual persons at significant risk of harm that has not already been addressed.”

I respectfully request that the Department of Justice add me as a co-defendant in the prosecution of Mr. Assange under the Espionage Act.

The U.S. responded by demanding that WikiLeaks stop publication of the cables and return those in its possession.

In the end, only a redacted version of the State Department Cables was published in November 2010 by WikiLeaks and its mainstream partners, The New York Times, The Guardian, El Pais, Le Monde and DER SPIEGEL.

This remained the case until a book was published by two Guardian journalists in February 2011, in which the password to the unredacted files mysteriously appears as part of a chapter heading. This went unnoticed, as WikiLeaks tried to keep it quiet, until a German publication named Freitag said it had the password in August 2011.

When Assange learned this he contacted the State Department to try to warn them about the impending publication of informants’ names. He was rebuffed. This is shown in a scene in Laura Poitras’ film Risk.

PirateBay published the unredacted files first and then Cryptome did on Sept. 1, 2011. It was the next day that Assange decided to publish the unredacted files so that informants could search for their names and try to get to safety. This was before it was known that no one was harmed.

“The notion that Mr. Assange knowingly put lives at risk by dumping unredacted cables is knowingly inaccurate,” said Assange lawyer Mark Summers at the extradition hearing in February 2020. The publishers and editors of WikiLeaks’ partners oppose Assange’s Espionage Act indictment and on Monday wrote an open letter to the Biden administration urging the case be dropped.

Having published WikiLeaks classified documents, are they ready to take the same step as Young, a U.S. citizen, who is daring the DOJ to indict him too under the U.S. Espionage Act, for doing the exact thing Assange, an Australian, did, only earlier?

Joe Lauria is editor-in-chief of Consortium News and a former U.N. correspondent for The Wall Street Journal, Boston Globe, and numerous other newspapers, including The Montreal Gazette and The Star of Johannesburg. He was an investigative reporter for the Sunday Times of London, a financial reporter for Bloomberg News and began his professional work as a 19-year old stringer for The New York Times.  He can be reached at joelauria@consortiumnews.com and followed on Twitter @unjoe