Green energy proponents in the U.S. continue to push funding for what they consider to be green (aka environmentally friendly) energy programs despite increasing problems associated with them – some of them environmental.  For example, numerous problems have been associated with solar and wind energy as well as electric vehicles (EVs) and LED light bulbs.  Additionally, research has determined that American power grids are extremely vulnerable (see 1, 2, 3, 4, 5, 6, 7, 8) and U.S. utility regulators have warned that the rush to eliminate fossil fuels is making them more so. Experts overseas are warning against the U.S. rush to eliminate fossil fuels as well.

We begin with an amazing development on the energy front. Right now, some of the world’s leaders in green energy are reluctantly returning to fossil fuel in a big way. That’s because what some see as a climate emergency has been overtaken by a more immediate crisis: a global energy disaster. Europe is rationing power and on the cusp of shortages and blackouts, worrying about citizens literally freezing over the winter. Today, we travel to the United Kingdom and Germany, where experts say their experience is a warning of what may come here, as the U.S. follows in their green energy footsteps.

You’re looking at an artist’s animation of a modern marvel, a massive project now under construction in the North Sea, off the northeast coast of England.

Sharyl: What role will the Dogger Bank Wind Farm play?

Alexandra Malone: So Dogger Bank Wind Farm is going to be, when it’s complete in 2025, the world’s largest offshore wind farm. It’s going to be able to provide over 5% of the U.K.’s electricity demand.

Alexandra Malone is with SSE Renewables, the company leading construction of the $10 billion project.

Malone: What you will see, when the wind farm is complete, is 277 turbines. These are state-of-the-art technology, you know, some of the biggest in the world. They are 260 meters tall, or — for an American audience — they are the same height as the tower at the Rockefeller Center in New York.

So remarkably big, a blade’s single rotation will generate enough to power a home for two days. It’s all part of a master plan to hasten the death of fossil fuels like coal, oil, and natural gas.

Europe is far ahead of the U.S. in terms of aggressive moves to get to what’s called “net zero” — to add zero pollutants like carbon dioxide from coal plants to the atmosphere. Great Britain’s “Build Back Greener” plan, unveiled last year, promises to get there by 2050.

But on our recent visit to Great Britain, we found clean energy optimism dissolving into doubt.

The fact is, there’s been a fast and remarkable turnaround in Europe’s green agenda. They’re ramping back up on fossil fuel. Greece, the Netherlands, and the Czech Republic have already reopened shuttered coal plants and resumed coal mining where it had been halted. Germany has authorized restarting 27 coal plants.

Sharyl: I think that’s a very tangible thing — if they’re reopening coal plants, that may look like failure.

David Cowling: Absolutely. And I don’t know if there’s any way to explain it away, because — how can you? You know, the coal is regarded as one of the worst pollutants, and for a country that has been at the forefront of wanting to advance the course of green energy, to have to reopen those coal mines is an admission of defeat.

It was a singular event that exposed serious fault lines in Europe’s ambitious climate change plans. The war in Ukraine has laid bare poor planning, unrealistic goals, and reliance on an unreliable partner: Russia. Russia was providing half of the European Union’s coal and 40% of its gas.

Russia has already dramatically cut what it’s selling the EU. Now, amid soaring energy prices and critically short supplies, Europe has set a target of a 15% reduction in its citizens’ gas usage and has warned it’s on the cusp of winter rationing and blackouts.

France and Spain limited air conditioning in businesses over the summer. Germany has banned heating of pools and warming of offices above 66 degrees. And there have been mass protests over the German government’s handling of the mess.

Cowling: Germany has certainly been very active in trying to go green. But like a lot of countries that are going green, they still substantially rely upon fossil fuels. You can’t suddenly go and change from, you know, 100% fossil fuel to 100% green. It doesn’t work like that. And whilst there were abundant supplies of traditional fossil fuels and natural gas, people could imagine moving in steady stages towards more green energy. But actually, once you disrupt that system, once you turn off the taps, it brings home very brutally and very quickly how dependent you are.

The disaster unfolding in Europe may foreshadow what’s to come in the U.S., which is following in Europe’s footsteps.

Just as Europe was descending into its crisis and scrambling to dial back on clean energy, President Biden was signing the biggest climate change bill ever in the U.S., the “Inflation Reduction Act.”

President Biden (August 16th): The Inflation Reduction Act invests $369 billion to take the most aggressive action ever, ever, ever, ever, in confronting the climate crisis and strengthening our energy security.

John Constable: It’s baffling to me that the White House is not focusing on this disastrous result and saying, “Well, they got it wrong. We ought to rethink this.”

John Constable is author of “Europe’s Green Experiment.” We caught up with him in London.

Sharyl: What have we seen, or what could the U.S. learn from Europe?

Constable: Europe is much further ahead. We’ve spent much more. We’ve learnt much more. Or at least, we could have learnt a great deal, and so can you. The experiment has been disastrous, to put it no more strongly. Since around about 2008, we’ve spent nearly $800 billion subsidizing renewable energy. The costs have not fallen. We’ve not got a green industry. All we’ve done is increased consumer costs — dramatically increased consumer costs.

We found similar analysis in Germany, where the ideal of green energy has crashed into reality, according to Professor Alexander Libman.

Alexander Libman: It’s very difficult to master this great transition under the conditions of economic crisis and with a population which will fully suffer from possible energy deficit. There are simply no alternatives for gas supply on the global market Germany and other European countries can rely upon. There is no substitute.

Sharyl: So, what happens?

Libman: I don’t know. Nobody knows, actually. The hope is that Putin doesn’t stop gas supply.

Sharyl: It seems like this is, maybe then, a turning point in a quick march forward in Europe toward climate change policies and green energy. Now, is all of that having to be re-configured?

Libman: Absolutely. I think if you talk to somebody who clearly subscribes to the Green Party agenda, they would say that’s exactly the moment when one needs to push forward, and that’s the moment when their energy transition really has to happen. But I’m not so sure about that.

But pushing forward on green energy ever harder is the strategy supported by politicians like Stella Creasy in London. She’s a left-leaning Member of the U.K. Parliament.

Stella Creasy: For many of us, the answer isn’t to go back to fossil fuels. It’s to put the investment into renewable energy, because that also makes us less reliant on people like Russia and the terrible things that they’re doing in the Ukraine and the way they’re holding the world to ransom in that way.

So far, it’s still full speed ahead for the Dogger Bank Wind Farm project. Which is scheduled to start producing its first wattage next summer and for a projected lifetime of 35 years.

Meantime, the U.K. and other European countries are implementing costly plans to help their citizens pay skyrocketing energy bills, keep the lights on, and heat their homes this winter. It’s a $500 billion tab and growing, ultimately billed to taxpayers.

Sharyl: People who aren’t watching this carefully but they do like the idea of green energy, and they’re well-meaning — I’m talking about people in the United States — what is your advice to them?

Constable: Look carefully at what’s happened in Europe and make up your own mind about whether it’s been a success. Do you really want to see falling energy consumption, de-industrialization, extremely high consumer prices across the board from industry right way through to households? If that’s what you want, well, by all means, go ahead. Copy Europe and its experiment. If, on the other hand, you want to prosper and be a defensible and independent country still — well, think again.

Sharyl (on-camera): How bad is it? Slovakia’s prime minister recently declared that skyrocketing electricity costs have put the country’s economy at risk of collapse. 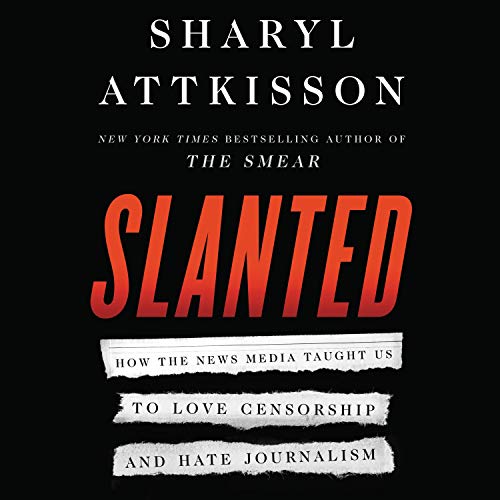 Slanted: How the News Media Taught Us to Love Censorship and Hate Journalism Of course, utility “Smart” Meters (electric, gas, and water) are also still being promoted worldwide as “green” and essential for “energy efficiency” (and beneficial to consumers) even though reports and studies continue to prove otherwise (see 1, 2).  Environmentally unfriendly issues associated with “Smart” Meters include fires, explosions (see 1, 2, 3, 4), and harmful radiation emissions.  Opposition to “Smart” Meters has been ongoing since utilities first started deploying them over a decade ago.  Adding insult to injury, the cost for their installation, maintenance, operation, and replacement is often passed on to consumers.

Natural Blaze is Google Free!
Support Independent Media for as Little as $5 Per Month

“Smart” thermostats are now also being promoted as “green” and essential for energy efficiency (and beneficial to consumers).  NOT SO according to studies published last month (see 1, 2).  Other complaints have been reported about “Smart” thermostats as well.  Additionally, experts have warned that they too threaten power grids!  Argh!

Be the first to comment on "World Leaders in “Green Energy” Returning to Fossil Fuels; “The experiment has been disastrous”"