As inflation has crept up to the highest level in more than 40 years in recent months, the issue of rising costs of living has also climbed to the top of Americans’ mind.

According to results from Statista’s Global Consumer Survey, 44 percent of U.S. adults now think that inflation is among the most pressing issues that need to be addressed in their country, displacing issues like immigration and social security, which typically top these kinds of lists. 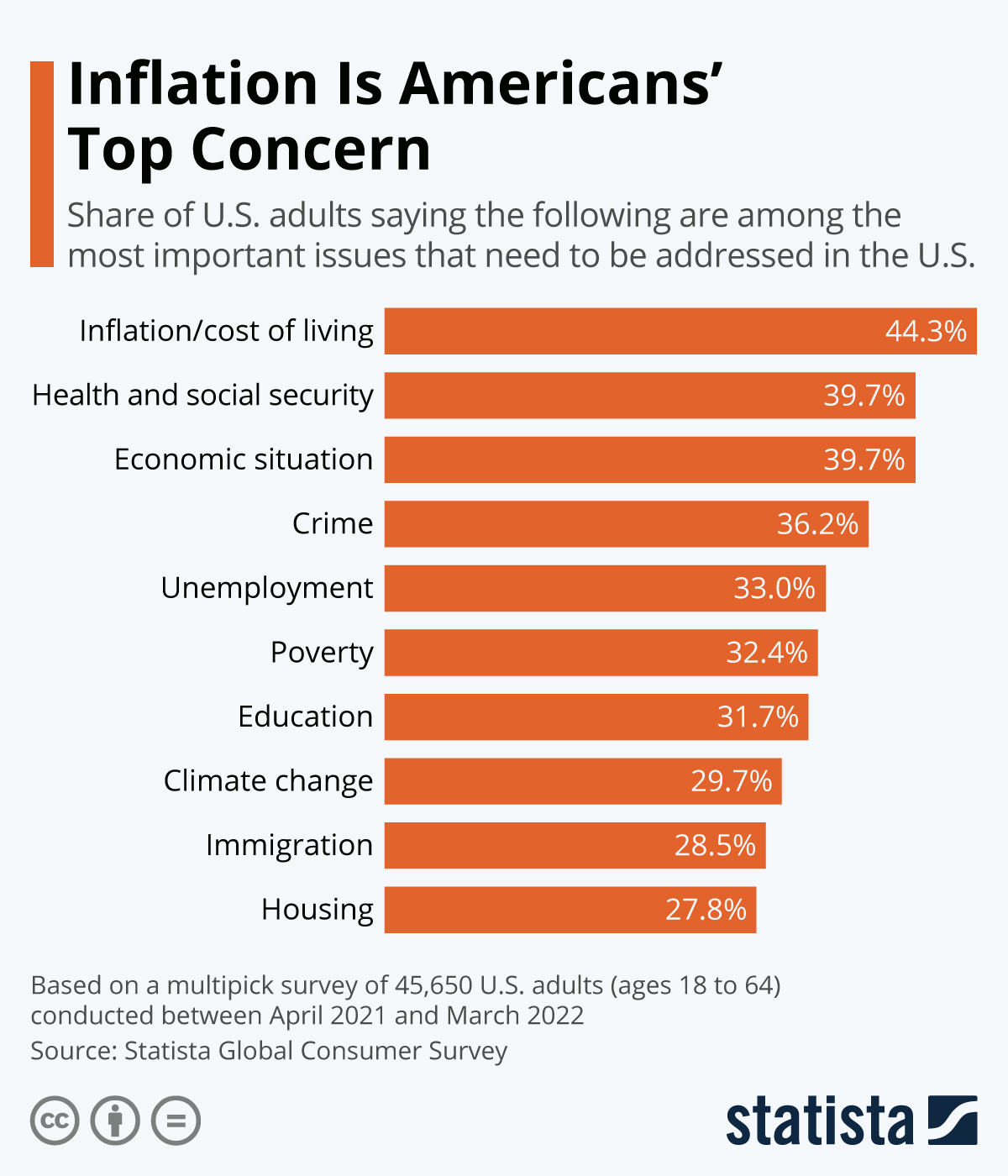 According to the latest findings, inflation sits atop the list of Americans’ concerns above health / social security, the economic situation, crime and unemployment.

It needs to be noted, however, that the survey was conducted in three waves between April 2021 and March 2022, meaning that the number for inflation is probably lower than it would be if the same question would be asked today, when the issue has become even more pressing.