Nations are beginning to take more seriously the control of their respective information space after years of allowing US-based tech giants Google and Facebook to monopolize and exploit them.

Vietnam, according to a recent GeekTime article, is the latest nation to begin encouraging local alternatives to the search engine and social media network in order to rebalance the monopoly over information both tech giants enjoy in the Southeast Asian country today.

Google and Facebook: More than Search Engines and Social Media

The two tech giants and others like them may have appeared at their inceptions to political, business, and military leaders around the world as merely opportunistic corporations seeking profits and expansion.

However, Google and Facebook, among others, have become clearly much more than that.

Both have verifiably worked with the US State Department in pursuit of geopolitical objectives around the world, from the collapse of the Libyan government to attempts at regime change in Syria, and using social media and information technology around the world to manipulate public perception and achieve sociopolitical goals on behalf of Wall Street and Washington for years. The use of social media to control a targeted nation’s information space, and use it as a means of carrying out sociopolitical subversion and even regime change reached its pinnacle in 2011 during the US-engineered “Arab Spring.”

Portrayed at first as spontaneous demonstrations organized organically over Facebook and other social media platforms, it is now revealed in articles like the New York Times‘, “U.S. Groups Helped Nurture Arab Uprisings,” that the US government had trained activists years ahead of the protests, with Google and Facebook participating directly in making preparations.

Opposition fronts funded and supported by the US State Department’s National Endowment for Democracy (NED) and its subsidiaries Freedom House, International Republican Institute (IRI), and National Democratic Institute (NDI) were invited to several summits where executives and technical support teams from Google and Facebook provided them with the game plans they would execute in 2011 in coordination with US and European media who also attended the summits.

The end result was the virtual weaponization of social media, serving as cover for what was a long-planned, regional series of coups including heavily armed militants who eventually overthrew the governments of Tunisia, Egypt, Libya, and Yemen, with Syria now locked in 6 years of war as a result.

It was during Syria’s ongoing conflict that Google would find itself involved again. The Guardian in a 2012 article titled, “Syria: is it possible to rename streets on Google Maps?,” would report:

In their struggle to free Syria from the clutches of President Bashar al-Assad, anti-government activists have embarked on a project to wipe him off the map. Literally. On Google Maps, major Damascus thoroughfares named after the Assad family have appeared renamed after heroes of the uprising. The Arab Spring has form in this regard. When anti-Gadaffi rebels tore into Tripoli last August, the name of the city’s main square on the mapping service changed overnight – from “Green Square”, the name given to it by the erstwhile dictator, to “Martyr’s Square”, its former title.

The internet giant’s mapping service has a history of weighing in on political disputes.

Google’s monopoly in nations without local alternatives ensures that public perception is lopsidedly influenced by these deceptive methods. 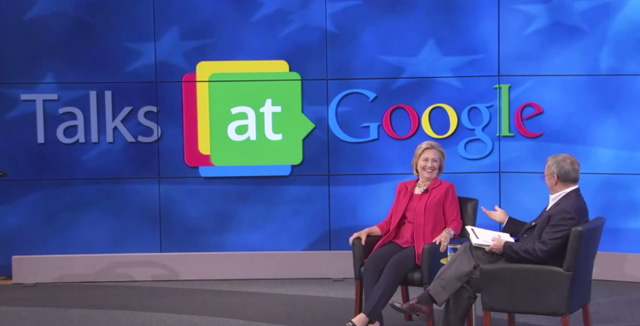 An interactive tool created by Google was designed to encourage Syrian rebels and help bring down the Assad regime, Hillary Clinton’s leaked emails have reportedly revealed.

By tracking and mapping defections within the Syrian leadership, it was reportedly designed to encourage more people to defect and ‘give confidence’ to the rebel opposition.

Clearly, more is going on at Google than Internet searches.

The GeekTime article, shared by the US State Department’s NDI on Twitter titled, “Is Vietnamese campaign to build a Facebook alternative fighting fake news, or fostering censorship?,” claims (emphasis added):

During a parliamentary committee meeting earlier this month, Truong Minh Tuan, Minister of Information and Communications in Vietnam, said that the government is encouraging Vietnamese tech companies to build local replacements for platforms such as Facebook and Google (which are the most popular in their categories in Vietnam).

It is part of a wider campaign to “strengthen cyber security” and the integrity of the country’s information. “The plan is to try and address the problem of how ‘fake pages’ with anti-government content grew uncontrollably on Facebook,” said Tuan. “Going further, we need social networks provided by local businesses that can replace and compete with Facebook in Vietnam.”

Whether the Vietnamese government abuses that localization or not is the business of the Vietnamese people. The actual concern NDI has is that once the localization of information technology is complete in Vietnam, forever will these effective vectors of sociopolitical subversion be closed to the corporate-financier special interests driving US foreign policy and the work of fronts like NDI.

2 Comments on "The Imperative Of Replacing Google And Facebook"