In a society ruled by violent, coercive and oppressive institutions comprised of elite charlatans, loving nothing better than to regulate and collectivize us like cattle, steal from us in the form of taxation, and strip us of our individual liberty, sovereignty and freedom until we are left unwilling pawns in the state’s destruction, it is crucial that we practice resistance. We must rise up against the hand of the state, dismantling the throne of our oppressors.

“We must be individuals practicing non-compliance. We must give them too many pieces to pick up.” – Julia Tourianski, BraveTheWorld

Technology has undoubtedly revolutionised our daily, standard way of life with the development of the Internet opening up digital realms to a world which was once only touched upon in fiction. Limitless information is now instantly available at our fingertips, we can be constantly informed of events occurring across the globe and have the ability to connect with anyone in the world at any given time, in seconds. The revolution of the digital age allowed for the expression of information, ideas and passions on a worldwide scale like we’ve never seen before.

“This is the gift of the digital age, the most spectacular and revolutionary period of change the world has ever known.” – Jeffrey Tucker, A Beautiful Anarchy

However, with all revolutions comes adversaries. In this case, those who will attempt to turn this progress and innovation against the individual. Those who will abuse this technology for the use of repressive regimes. Bending it to their will in order to collectivize and categorize us, contributing to the brutal annihilation of our basic human rights and personal freedom.

These oppressors are government institutions and elite establishments. Operating for this very reason – the eradication of our individual liberty and the expansion of their authority and power. As Edward Snowden revealed in 2013, the NSA, along with many other agencies such as the FBI and the CIA, are conducting mass surveillance programs to collect citizen’s data on a daily basis. Under the PRISM program, service providers – including Google, Apple, Microsoft, Facebook and YouTube have allowed the NSA to collect communications data for analysis. This, in turn, allows for compromise and the complete exploitation of our personal information, in the murky hands of corrupt organisations. And this is only one example of the many programs currently in process for the purpose of destroying privacy.

To learn more about Snowden’s revelations, visit EdwardSnowden.com. It is spine chilling to imagine the possibility that at this very moment all of our personal data, that we believed to be secure, can be viewed and recorded by complete strangers. This is the staggering reality. I think Edward Snowden articulates the thought of this for us all, “I don’t want to live in a world where everything I say, everything I do, everyone I talk to, every expression of creativity and love or friendship is recorded.”

Although situations are grave, great power is held by crooked establishments and that ‘dirty conversation’ you had last night with your co-worker could currently be the subject of an NSA employee’s entertainment, circumstances are not hopeless. Individuals and groups dedicated to liberating the people and taking back our freedoms are developing the technology to fight back, to resist the force and coercion of the state, and to negate it’s existence within our society. Software and applications resisting government intervention are rapidly being developed…

The development of cryptocurrencies and the blockchain technology has undeniably evoked strong agitation within government powers regulating conventional currency. Digital currencies hold the capacity to completely undermine central authority’s monetary control. One of the most liberating aspect of cryptocurrencies, with the most prominent being Bitcoin, is the fact that they are decentralized- with no single institution or government controlling their usage and supply. This disengages government institutions from misusing these currency and prevents their intervention within trade. Individuals are in charge of their own money, keys, and wallets. And do not have to worry about their money in the hands of inevitable mismanagement by untrustworthy elites.

Cryptocurrencies have also expressed that when privatized and outside of coercive regulation, control, and the violence of centralized institutions holding the monopoly on money, the ability for entrepreneurial innovation within the aspects of currency can flourish greatly. As in projects like the ‘Dark Wallet‘, a wallet for cryptocurrencies which aims to go further than the basic privacy of standard wallets, to make transactions virtually untraceable, ensuring privacy, anonymity and individual liberty on a new level. This project and many aspects of cryptocurrencies are far from perfect, however the development of these types of technologies articulates the progress that is being made and the importance of protecting our liberty, freedom, and privacy from the corruption of state control.

“And when I realized that Bitcoin had the ability to undermine every government on the entire planet’s ability to rage war, I know I had to get involved and start promoting Bitcoin full-time.” — Roger Ver. 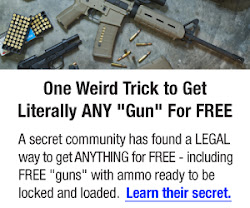 On to other areas: The gun control debate is a long and arduous one, but as TJ Martinell stated in a recent Activist Post article, “the gun control battle is a choice between a police state and a free society.” And it truly is.

It comes down to the question: Do we want to be ruled by and at the mercy our oppressors, with the state expanding its systemic control and possessing our firearms? Or do we want to live in a free society? Where our individual freedoms are not being attacked, rather the individual is empowered. Giving people the ability to access firearms to protect themselves and others around them.

An organisation at the heart of the resistance is Defense Distributed. Operating in Austin, Texas, Defense Distributed challenges state centralized regulation and authority by introducing firearms to the sphere of 3D printing. The corporation gained notoriety in 2013 after successfully firing the world’s first fully 3D printed pistol. The specifically chosen white plastic pistol, fittingly named ‘The Liberator’, symbolizes the unworldly nature of the 3D printable firearm, a world not comprehended by the state. A world of individual liberty. Since then the group has continued to fight for and protect our 1st and 2nd amendment rights. Defense Distributed describes it’s purposes as: “to defend the human and civil rights to keep and bear arms as guaranteed by the United States Constitution and affirmed by the United States Supreme Court; to collaboratively produce, publish, and distribute to the public information and knowledge related to the digital manufacture of arms.”

The ideology behind Defense Distributed goes further than enforcing our amendment rights, it’s about putting the power of production in the people’s hands. It’s about preventing government forces from furthering their control and management over firearms, and digital information regarding firearms, in the future. It’s about decentralizing power. To those who wish to disarm and deny us the right to protect ourselves: ‘come and take it’.

“Governments, whose pupils we are, have naturally found nothing better to do than to school us in fear and horror of their destruction. But as governments in turn are the negation of individuals or of the people, it is reasonable that the latter, waking up to essential truths, should gradually come to feel a greater horror at its own annihilation than that of its masters.” – Anselme Bellegarrigue, An Anarchist Manifesto

The Silk Road incorporated three major components advocating for our privacy and liberty, encryption, the Tor onion network and Bitcoin. Designed for the purpose of allowing free, voluntary trade, without the intervention of the state, Silk Road operated within the Tor network. An open, free software that helps defend against network surveillance and prevents your Internet connection and actions from being viewed by the state. The website symbolized the way in which technologies fighting against the coercion of the state can be implemented into practical systems. Silk Road expressed how trading networks, usually in the hands of elite powers, can operate successfully and with much less violence outside of the control of these powers and governments. These are just a few examples of the technologies that can liberate us from governmental control, and contribute to the negation of oppressive governance within society. The state’s tyrannical reign can be overcome. It’s about persisting in the resistance of, and actively participating in denying the state the ability to hold coercive control over us.

And if you’re still feeling without hope, take faith in the words of Dread Pirate Roberts, the founder of the Silk Road:

“Some day, we could be a shining beacon of hope for the oppressed people of the world just as so many oppressed and violated souls have found refuge here already. Will it happen overnight? No. Will it happen in a lifetime? I don’t know. Is it worth fighting for until my last breath? Of course. Once you’ve seen what’s possible, how can you do otherwise? How can you plug yourself into the tax eating, life sucking, violent, sadistic, warmongering, oppressive machine ever again? How can you kneel when you’ve felt the power of your own legs? Felt them stretch and flex as you learn to walk and think as a free person? I would rather live my life in rags now than in golden chains.”

This article is open source and free to republish in full with attribution.

11 Comments on "Can Technology Liberate Us From The State?"