If you have tattoos, law enforcement might be trying to decipher their meaning — and use the information for identification purposes. But, as with any government program with seemingly innocuous roots, the Tattoo Recognition Technology Challenge (Tatt-C) has potential to trigger repercussions beyond a simple invasion of your privacy.

As privacy watchdog Electronic Frontier Foundation reported, in 2104 and 2015, the FBI partnered with the National Institute for Standards and Technology (NIST — yes, that NIST, responsible for the hotly contended report on the World Trade Center and 9/11) to ramp up tattoo identification technology.

Biometrics companies and other researchers received a giant database of prisoner tattoos and “were asked to run five experiments to show how well their algorithms could match tattoos under various circumstances,” EFF explained.

Some tests involved matching different photos of the same person’s tattoo. Other experiments sought to match similar tattoos on different people based on their characteristics — such as a crucifix, Minnie Mouse, and Chinese calligraphy. These tests pose serious concerns for privacy, free expression, religious freedom, and the right of association.

While, in the past, tattoo identification has served such beneficial purposes as identifying murder victims and suspects or locating missing people, furthering the technology to include interpretation of tattoo symbols poses multiple inherent risks. That isn’t the only area for the technology to go horribly wrong, either.

As EFF pointed out, if someone refuses to produce ID or otherwise identify themselves to law enforcement, an officer could take a picture and using tattoo recognition, could be identified — pulling up the person’s prior arrest and other records. Though NIST offered the identification of a robbery suspect as an example of potential benefit the technology offers, anyone caught on camera, whether acting nefariously or not, could be subject to identification.

As with mass domestic surveillance, this creates a generalized ‘guilty before proven innocent’ atmosphere — and possibly another avenue to apply the DHS adage, ‘if you’re doing nothing wrong, you have nothing to fear.’ Those who value the natural human right to go about their business anonymously, however — which should encompass every human on the planet — will beg to differ.

Virtually every law enforcement agency in the U.S. now tracks our every move via cell phones, but facial recognition technology — and now tattoo identification tech — are making moot the need for a device to track people anywhere they go.

Three companies in the challenge reported 90 percent accuracy in their algorithms detecting tattoos. But MorphoTrak’s version detected a tattoo in an image with 96.3 percent accuracy — and could track the same tattoo through different images over time with a startling accuracy of 99.4 percent. But it only gets creepier from there.

MorphoTrak also managed to identify through matching, with 94.6 accuracy, tattoos where only a portion could be seen in a photo — where part was covered by clothing, or where the design had been embellished after the original picture. 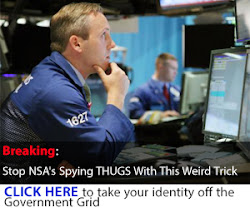 Further methods for tattoo identification using, for example, an artist’s sketch derived from witness descriptions, which could then be run through a database, is also being developed.

Of paramount concern to privacy advocates are subjective interpretations of tattooed images, particularly as stigmatized and politicized as some symbols can be — especially with such technology in the hands of various government agencies. Imagine an individual’s political ideology or religion tattooed in symbols — whether or not the individual is a true enemy of the State, the ruling government would be free to interpret those symbols as it pleases.

Of course, this doesn’t even approach the idea of tattoos for the sake of irony or satire — or if someone gets a tattoo in the honest belief its symbol means something other than its traditional meaning — or, if the tattooed symbol simply appealed to someone for artistic or design reasons.

One of the most worrisome applications of tattoo recognition technology is its potential ability to reveal connections or shared beliefs among a population. For example, rather than matching a particular tattoo of a crucifix with an individual, police could run the image of a crucifix through a database to produce a long set of individuals with similar cross tattoos. This essentially means police would be able to create lists of people based on their religion, politics, or other affiliations as expressed by their tattoos.

This type of tattoo matching could sweep of fans of the same bands or members of the same labor union or military unit. This application has a high likelihood of generating false positives — matching someone whose tattoo may be visually similar, but not actually symbolically similar. That could result in people being improperly associated with groups, such as gangs, with which they have no actual affiliation.

What a convenient way to pad the government’s notoriously inaccurate and highly-controversial terrorist watch list.

Recently, a report indicated the FBI intends to closely guard all information concerning its secretive biometrics database — and it’s safe to assume once tattoo recognition technology is fully developed, tattoos will also find a place in that accumulated list.

While this aspect of the technology might be a long way from reality, its development continues in earnest.

In the meantime, the privacy watchdog has launched a counter-campaign, because, as it states, “the research program is so fraught with problems that EFF believes the only solution is for the government to suspend the project immediately. At a minimum, scientists must stop using any tattoo images obtained coercively from prison and jail inmates and tattoos that contain personal information or religious or political symbolism.”