“Okay, boys, here’s what we do. We’ve got this old virus called Zika. It’s been around for 60 years that we know of. It never caused anything serious. A real dud. But we’ve got to explain all these babies born with small heads and brain damage. We’ve got to protect some important people and shield them from heavy blame. So let’s bring back Zika. Even though very few mothers who give birth to babies with defects have the dud-virus, we can finesse that. People are idiots. So let’s build up Zika into a terrifying killer. Get our PR folks moving. Spread some money around. You know, the usual. And we make out on the back-end with a Zika vaccine.”

This is the third article in my series on the Zika Freakout. In my previous piece, I listed six top candidates for causing smaller heads and brain damage in Brazilian babies.

None of those candidates is the Zika virus, which has a history of creating only minor illness, at worst. My top six may, indeed, be working together to bring about disastrous consequences.

In this article, I’ll focus on one candidate, the genetically-engineered (GE) mosquitoes which have already been released in Brazil, with the aim of decimating the population of mosquitoes that carry dengue fever, Zika, yellow fever, and chikungunya.

First of all, and ominously, the GE mosquitoes were released in the same area of Brazil (Juazeiro) where now most of the birth defects are being reported. This is called a clue. But who is deeply investigating it? No one in official circles.

This is akin to saying, “Well, we just toured the war-torn city. Of course, last week we bombed it, but that couldn’t possibly account for the destruction.”

The company releasing the GE mosquitoes, Oxitec, has grants for their experiments from Bill Gates—never a good sign.

One man’s frankenfood is another man’s solution to world hunger. Intrexon is developing technology that uses synthetic biology, or biological engineering, to make advances in everything from pharmaceuticals to genetically modified plants and animals. The company has development agreements with AquaBounty (genetically modified salmon…)

Genetically modified animals. Just what we need. What could go wrong? And the highly controversial GE salmon is under attack for the usual reason: the omission of actual science that proves this fish is safe for consumption and won’t wreak havoc in the aqua-environment. 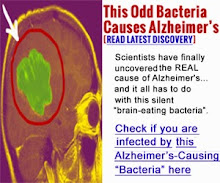 Intrexon employs the famous Dr. Sam Broder as its Senior Vice-President, Health Sector. For six years, Broder was the Director of the US National Cancer Institute. He was instrumental in bringing the AIDS drug, AZT, to market. This previously failed chemotherapy drug was taken off the shelf and subjected to a scandal-ridden clinical trial, which resulted in FDA approval. AZT is extremely toxic. It prevents human cells from replicating. It suppresses the immune system—the very system AIDS is supposed to be attacking. Other than that, no problem.

On November 28, 2011, Intrexon Chairman Randal Kirk welcomed two new executives to the company’s board of directors: Robert B. Shapiro and Jeffrey B. Kindler. Shapiro was the former CEO of Monsanto and NutraSweet (aspartame). Kindler was the former CEO of drug giant Pfizer and Executive VP and General Counsel of McDonald’s. If those boys don’t inspire trust, who could? Cancer-causing Roundup, brain-attacking aspartame, Bextra ($2.3 billion fine paid out), and check-your-colon-at-the-door Big Macs. If they release a genetically-engineered mosquito, you know it’s safe—and delicious, too.

Intrexon’s GE male-mosquito “triumph” is based on the following: the male will mate with female mosquitoes that carry Zika; the females will give birth, but their offspring won’t advance past the larval stage. Thus, the Zika-carrying insect population will decline drastically. However, no long-term safety studies have been done. This is a grand insect and human experiment.

“Let’s try it and see what happens. What possible problems could develop? How could a genetically-engineered mosquito possibly affect humans in an adverse way? Nonsense. Everything’s fine.”

Is it? In her excellent Activist Post article (1/28), “Zika Outbreak Epicenter…”, Claire Bernish probes deeper into the “science.” She uncovers a little-known antibiotic connection and rips a gaping hole in the bland assurance that all is well. I strongly recommend reading her piece. I’ll cobble together an excerpt:

Those genetically-modified mosquitoes work to control wild, potentially disease-carrying populations in a very specific manner. Only the male [GE] modified Aedes mosquitoes are supposed to be released into the wild — as they will mate with their unaltered female counterparts. Once offspring are produced, the [GE] modified, scientific facet is supposed to ‘kick in’ and kill that larvae before it reaches breeding age — if tetracycline [antibiotic] is not present during [the larvae’s] development. But there is a problem. (emphasis added)

According to an unclassified document from the Trade and Agriculture Directorate Committee for Agriculture dated February 2015, Brazil is the third largest in ‘global antimicrobial consumption in food animal production’ — meaning, Brazil is third in the world for its use of tetracycline [antibiotics] in its food animals. As a study by the American Society of Agronomy, et. al., explained, ‘It is estimated that approximately 75% of antibiotics are not absorbed by animals and are excreted in waste.’ One of the antibiotics (or antimicrobials) specifically named in that report for its environmental persistence is tetracycline.

The bottom line? The excreted tetracycline-laden waste of farm animals makes it way to the mosquito breeding grounds. The GE male mosquito mates with the female, and far more offspring survive than were planned — because the offspring, in their larvae stage, are feeding on tetracycline-tainted food and water. What qualities do these survivors carry? They are the children of a natural insect and a GE insect. They bite humans. They are unknowns. In the history of the planet, they’ve never existed before. Of course, we’re told there is no problem. We’re told that scientists have everything under control. If you buy that on face value, I have condos for sale on Jupiter.

And again, there is this nagging factor: the surge in horrendous birth defects in Brazil is happening in the same area where the GE mosquitoes were released, and thus where some of their natural-GE-hybrid offspring may have survived.

Don’t worry, be happy. They’re just tinkering with genes. They didn’t need to do safety studies. They have a theory. The theory must be correct. And it’s only mosquitoes, after all. Little things. They bite a person’s neck, the person swats them with his hand. End of story.

Thus far in this article, I haven’t mentioned the word conspiracy once. But if you want to go there, what about this? Who can say, with authority, what these male genetically-engineered mosquitoes are equipped to carry? Who can say with assurance he knows all the qualities and factors and substances in the bodies of these insects?

It’s very much like looking at the faint trail of a very high-flying, high-tech, up-to-the-minute military jet. Do you know everything that’s on board? Do you know, beyond listed specs, what that plane is actually designed to be capable of?

Oh, and by the way, researchers are now “rushing” to develop a vaccine for Zika. You know, Zika, the virus that doesn’t cause anything.