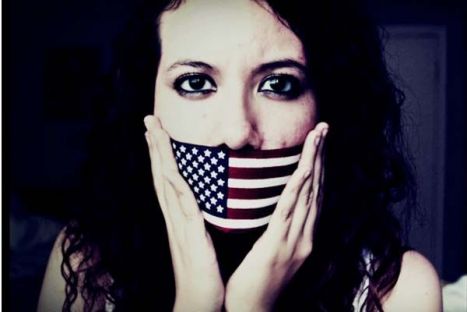 The old maxim that if you knew how sausage was made you would never eat it has been highlighted by many undercover videos taken by activists, employees of factory farming operations, and even the farmers themselves. In response, the industry has increasingly lobbied for “Ag-Gag” laws that criminalize whistleblowing and undercover investigations, essentially rendering animal cruelty completely invisible.

These laws already have resulted in egregious attempts at prosecution such as a National Geographic photographer who was arrested for taking aerial photographs near a feedlot; and another arrest of activists who released mink from a fur farm – in the latter case, they were actually indicted as terrorists.

However, even though Ag-Gag laws have taken hold in seven states, it has not been a slam-dunk for the Big Ag industry and its supporters.  State governors in Tennessee and North Carolina have vetoed initiatives, as have nearly 20 other states. However, Idaho is ground zero for what could indicate a complete federal overruling of any state where these laws appear.

U.S. District Court Judge B. Lynn Winmill issued a 28-page ruling that outlines how Ag-Gag laws fundamentally undermine the First Amendment to the Constitution. While doing so, he acknowledged how Big Ag/Government propaganda has attempted to paint well-meaning whistleblowers who expose legitimate crimes as part of some sort of anarcho-terrorist group bent on holding the country’s food supply hostage. He expressly begins by highlighting how industry can easily write self-serving laws.

The Boise-based judge made it clear in his decision that he had caught the entire “ag-gag” debate in the Idaho Legislature. He recalled a state senator who compared animal rights investigators to “marauding invaders centuries ago who swarmed into foreign territory and destroyed crops to starve foes into submission.” He noted that the same senator called Mercy for Animals-like investigations “terrorism” used for centuries “to destroy the ability to produce food and the confidence in the food’s safety.”

Winmill also recalled state representatives who charged Mercy for Animals with “taking the dairy industry hostage and seeking to persecute them in the court of public opinion.” And, he noted, the sponsor of the bill said he wanted to shield the Idaho dairy industry from undercover investigators and whistleblowers.

“An employee can be convicted for videotaping animal abuse or life-threatening safety violations at an agricultural facility without first obtaining the owner’s permission,” Winmill wrote in his ruling striking down the Idaho law. “Any person who violates the law — whether an animal rights’ investigator, a journalist, or an employee — faces up to a year in jail.”

“In addition,” he continued, “a journalist or whistleblower convicted under the law can be forced to pay publication damages pursuant to a restitution provision that requires payment for ‘twice’ the ‘economic loss’ a business suffers as a result of any expose revealing animal abuse or unsafe working conditions.”

Winmill stated that the purpose of the Idaho “ag-gag” law is to “limit and punish those who speak out on topics relating to the agricultural industry, striking at the heart of important First Amendment values.”

Winmill’s ruling exposes the fundamental inadequacy of those who argue that states rights, or private property issues trump transparency, consumer safety, and the protected political speech of all citizens. As libertarian food writer, Karen De Coster, succinctly put it: it’s a matter of common sense and morality.