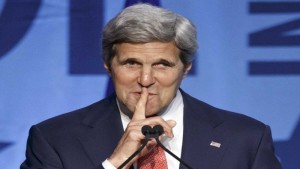 The US Congress took another step towards tyranny and away from legal and Constitutionally guaranteed protections this past week, when the House of Representatives approved HR 237.

This bill allows the Secretary of State, at his own discretion, to make a determination that an American citizen has terrorist affiliations and therefore to deny or revoke said citizen’s passport.

According to HR 237, which is entitled the “FTO Passport Revocation Act of 2015,” the Secretary of State may so revoke a citizen’s travel rights without any invocation of due process. There will be no court hearing involved, and the individual will have no opportunity to object or to present evidence to the contrary.

The Act does not define what constitutes such a terrorist affiliation. Rather, the Act employs “aiding and abetting” verbiage without delineating what this means. HR 237 states:

The front man for this anti-Constitutional piece of legislation is Texas Congressman Ted Poe. Poe, a former criminal court judge, ascended to the US House of Representatives in 2004, running on a “border security” platform. Controversies have been sparked by some of his remarks, including when he quoted an infamous Ku Klux Klan’er, Confederate General Nathan Bedford Forrest, on the floor of the House (The quote cited by Poe related to military strategy, not race relations). More recently, his Dominionist lace panties seem to be peeking out from his Congressional attire, as when he was revealed by Alternet to be attempting to remove options from deceased soldiers’ families concerning the type of prayers spoken at the fallen soldiers’ funerals. According to Alternet, Poe was attempting to ban anything but Christian prayers.

Poe is a self-declared member of the Tea Party, a faction within the Republican Party which is heavily spiked with Dominionist politicians. Briefly, Dominionism is an offshoot of Christianity which seeks to return to Old Testament Biblical law and a theocratic government. Dominionism has been called “The American Taliban,” due to its adherents’ insistence that the US dismantle secular democracy and return to fundamentalist practices, including stoning to death the unfaithful, the unchaste and the incorrigibly rebellious.

Poe is officially listed as a member of the Church of Christ.

How does the removal of travel rights factor into the Dominionist effort? Every step that the US takes away from its Constitutional roots it has taken towards dictatorship. The shredding of privacy rights through top heavy and relentless surveillance; the use of drones to murder US citizens abroad; the casually lethal denial of Constitutional and statutory protections granted our elders in the hot button guardianship proceedings; the alarming implications of Section 817 of the USA PATRIOT Act, (in which the US government gave itself immunity from violating its own biological weapons laws—apparently with domestic targets in mind); and the brazenness with which people of color are regularly murdered now by police officers—all these issues constitute signposts pointing the way towards a destination best described as tyranny.

If the Dominionists have their way, this dictatorship will be of an Old Testament flavor. Other twentieth century models for tyranny have included those who posited a Jew-free world as well as those advocating for an atheistic state. As politics increasingly tangos with religious world views, the growing manifestation of interest in melding the State with some kind of religious mandate appears to point the way towards a self fulfilling Orwellian prophecy, in which the State IS the religion. Whether the end result is a State which executes through beheading, stoning or drone strikes could be considered a bit of irrelevancy.

HR 237 now goes to the Senate, where the prognosticators think it has a fair chance of being passed into law.

4 Comments on "Genuflecting Towards Tyranny"