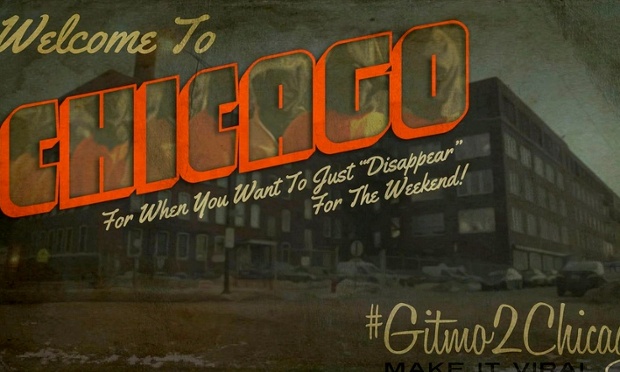 Police brutality victims are lawlessly arrested, detained, denied access to lawyers, and tortured during secret interrogations. From September 2004 to July 2015, only three arrestees were visited by attorneys.

Unless all others waived their constitutional right, the facts show Chicago police lied saying “any individual who wishes to consult a lawyer will not be interrogated until they have an opportunity to do so.”

“An arrestee or person-in-custody will be notified as soon as practicable upon the arrival at the police facility of his or her legal representative.”

Over the last decade, the Guardian learned at least 3,621 Americans were abusively detained – 82% were Black. Only three had access to counsel as required by law.

“Despite repeated denials from the Chicago police department that the warehouse is a secretive, off-the-books anomaly, the Homan Square files begin to show how the city’s most vulnerable people get lost in its criminal justice system,” the Guardian explained.

“People held at Homan Square have been subsequently charged with everything from ‘drinking alcohol on the public way’ to murder. But the scale of the detentions – and the racial disparity (exposed) – raises the prospect of major civil-rights violations.”

Over 82% were Black, another 8.5% Caucasian. Over two-thirds of arrests occurred during Rahm Emanuel’s tenure as mayor – former Obama chief of staff/unindicted war criminal waging war on social justice and constitutional law since taking office – reelected in April for a second term, running Chicago more like a tinpot despot than legitimate public official.

One of his many broken campaign pledges was to end Chicago’s dark history of police abuse. With over 2,500 Homan Square victims on his watch, it’s worse than ever. He lied saying city police “follow all the rules” – only their own, enforced overwhelmingly against victimized Blacks.

One was a 42-year-old civil rights activist, said the Guardian (unnamed for his protection) – “abducted by masked officers, shackled, held on false charges and ‘with no food, no water, no access to the outside world’ at the behest of ‘covert operations.’”

The victim was one of at least 118 others detained at Homan Square since the Guardian broke the Gitmo in Chicago story last March.

Another “young man held at the warehouse for 14 hours without any public listing of his whereabouts, was just shy of his 18th birthday; the courts sentenced him to community service and probation,” the Guardian explained.

An unnamed man not included in FOIA revealed data “said he fled Chicago after resisting police pressure to become an informant during multiple stints inside Homan Square,” the Guardian explained.

“After months of disputing the Guardian’s reporting, the Chicago police only made detailed information available after the Guardian sued them for it. Vast amounts of data documenting the full scope of detentions and interrogations at Homan Square remain undisclosed.”

The full horror story remains to be told, if ever. Chicago-based People’s Law Office founder Flint Taylor said he’s “extremely troubled but sadly not shocked at the exceedingly broad scope and fundamentally racist nature of the unconstitutional police conduct at Homan Square that the Guardian’s most recent study documents.”

He was instrumental in pressuring Emanuel to pay reparations to victims of police torture. “Hopefully, Chicago’s political leadership and its establishment media will finally take notice and stop collaborating to bury this story, so righteously championed by the Guardian, under the rug of denial and false ignorance,” he added.

Another victim, unnamed for fear of police retribution, was arrested when plainclothes cops raided his home, discovered a small amount of marijuana and his father’s antique gun “collecting dust in the basement,” he said.

His father and brother were arrested, held for hours abusively at Homan Square handcuffed to a pole – “with no phone or attorney access.”

His father was released. He and his brother underwent further processing at police headquarters. Charged with possession, neither was tried, sentenced or jailed.

Law Professor, Craig Futterman, said Chicago police “do not provide people with attorneys at the police station at the times they most need them: when they’re subject to interrogation. That’s what the Miranda warning is all about: the right to counsel while interrogated by police.”

Without it present, they’re vulnerable to unintentional self-incrimination. Anything they say can be used against them – even innocent misinterpreted comments, why lawyers always advise clients to say nothing unless they’re present.

Rahm Emanuel took office in May 2011. He runs Chicago like a police state. About 70% of Homan Square detentions occurred on his watch – overwhelming affecting Black residents.

They’re denied Fifth Amendment Miranda and due process rights, Sixth Amendment right to counsel, and Eighth Amendment protection from cruel and unusual punishment. Chicago is unfit to live in for its most vulnerable residents.