Argentina has now taken the US to The Hague for blocking the country’s 2005 settlement with the bulk of its creditors. The issue underscores the need for an international mechanism for nations to go bankrupt. Better yet would be a sustainable global monetary scheme that avoids the need for sovereign bankruptcy.

Argentina was the richest country in Latin America before decades of neoliberal and IMF-imposed economic policies drowned it in debt. A severe crisis in 2001 plunged it into the largest sovereign debt default in history. In 2005, it renegotiated its debt with most of its creditors at a 70% “haircut.” But the opportunist “vulture funds,” which had bought Argentine debt at distressed prices, held out for 100 cents on the dollar.

Paul Singer’s Elliott Management has spent over a decade aggressively trying to force Argentina to pay down nearly $1.3 billion in sovereign debt. Elliott would get about $300 million for bonds that Argentina claims it picked up for $48 million. Where most creditors have accepted payment at a 70% loss, Elliott Management would thus get a 600% return.

In June 2014, the US Supreme Court declined to hear an appeal of a New York court’s order blocking payment to the other creditors until the vulture funds had been paid. That action propelled Argentina into default for the second time in this century – and the eighth time since 1827. On August 7, 2014, Argentina asked the International Court of Justice in the Hague to take action against the United States over the dispute.


Who is at fault? The global financial press blames Argentina’s own fiscal mismanagement, but Argentina maintains that it is willing and able to pay its other creditors. The fault lies rather with the vulture funds and the US court system, which insist on an extortionate payout even if it means jeopardizing the international resolution mechanism for insolvent countries. If creditors know that a few holdout vultures can trigger a default, they are unlikely to settle with other insolvent nations in the future.

Blame has also been laid at the feet of the IMF and the international banking system for failing to come up with a fair resolution mechanism for countries that go bankrupt. And at a more fundamental level, blame lies with a global debt-based monetary scheme that forces bankruptcy on some nations as a mathematical necessity. As in a game of musical chairs, some players must default.

Most money today comes into circulation in the form of bank credit or debt. Debt at interest always grows faster than the money supply, since more is always owed back than was created in the original loan. There is never enough money to go around without adding to the debt burden. As economist Michael Hudson points out, the debt overhang grows exponentially until it becomes impossible to repay. The country is then forced to default.

Besides impossibility of performance, there is another defense Argentina could raise in international court – that of “odious debt.” Also known as illegitimate debt, this legal theory holds that national debt incurred by a regime for purposes that do not serve the best interests of the nation should not be enforceable. 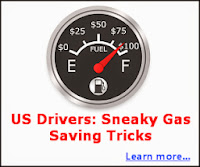 The defense has been used successfully by a number of countries, including Ecuador in December 2008, when President Rafael Correa declared that its debt had been contracted by corrupt and despotic prior regimes. The odious-debt defense allowed Ecuador to reduce the sum owed by 70%.

In a compelling article in Global Research in November 2006, Adrian Salbuchi made a similar case for Argentina. He traced the country’s problems back to 1976, when its foreign debt was just under US$6 billion and represented only a small portion of the country’s GDP. In that year:

An illegal and de facto military-civilian regime ousted the constitutionally elected government of president María Isabel Martínez de Perón [and] named as economy minister, José Martinez de Hoz, who had close ties with, and the respect of, powerful international private banking interests. With the Junta’s full backing, he systematically implemented a series of highly destructive, speculative, illegitimate – even illegal – economic and financial policies and legislation, which increased Public Debt almost eightfold to US$ 46 billion in a few short years. This intimately tied-in to the interests of major international banking and oil circles which, at that time, needed to urgently re-cycle huge volumes of “Petrodollars” generated by the 1973 and 1979 Oil Crises. Those capital in-flows were not invested in industrial production or infrastructure, but rather were used to fuel speculation in local financial markets by local and international banks and traders who were able to take advantage of very high local interest rates in Argentine Pesos tied to stable and unrealistic medium-term US Dollar exchange rates.

Salbuchi detailed Argentina’s fall from there into what became a $200 billion debt trap. Large tranches of this debt, he maintained, were “odious debt” and should not have to be paid:

Making the Argentine State – i.e., the people of Argentina – weather the full brunt of this storm is tantamount to financial genocide and terrorism. . . . The people of Argentina are presently undergoing severe hardship with over 50% of the population submerged in poverty . . . . Basic universal law gives the Argentine people the right to legitimately defend their interests against the various multinational and supranational players which, abusing the huge power that they wield, directly and/or indirectly imposed complex actions and strategies leading to the Public Debt problem.

This key institution was instrumental in promoting and auditing the macroeconomic policies of the Argentine Government for decades. . . . Many analysts consider that . . . the IMF was to Argentina what Arthur Andersen was to Enron, the difference being that Andersen was dissolved and closed down, whilst the IMF continues preaching its misconceived doctrines and exerts leverage. . . . [T]he IMF’s primary purpose is to exert political pressure on indebted governments, acting as a veritable coercing agency on behalf of major international banks.

Needless to say, the IMF was not closed down. Rather, it has gone on to become the international regulator of sovereign debt, which has reached crisis levels globally. Total debt, public and private, has grown by over 40% since 2007, to $100 trillion. The US national debt alone has grown from $10 trillion in 2008 to over $17.6 trillion today.

At the World Economic Forum in Davos in January 2014, IMF Managing Director Christine Lagarde spoke of the need for a global economic “reset.” National debts have to be “reset” or “readjusted” periodically so that creditors can keep collecting on their exponentially growing interest claims, in a global financial scheme based on credit created privately by banks and lent at interest. More interest-bearing debt must continually be incurred, until debt overwhelms the system and it again needs to be reset to keep the usury game going.

Sovereign debt (or national) in particular needs periodic “resets,” because unlike for individuals and corporations, there is no legal mechanism for countries to go bankrupt. Individuals and corporations have assets that can be liquidated by a bankruptcy court and distributed equitably to creditors. But countries cannot be liquidated and sold off – except by IMF-style “structural readjustment,” which can force the sale of national assets at fire sale prices.

A Sovereign Debt Restructuring Mechanism ( SDRM) was proposed by the IMF in the early 2000s, but it was quickly killed by Wall Street and the U.S. Treasury. The IMF is working on a new version of the SDRM, but critics say it could be more destabilizing than the earlier version.

Meanwhile, the IMF has backed collective action clauses (CACs) designed to allow a country to negotiate with most of its creditors in a way that generally brings all of them into the net. But CACs can be challenged, and that is what happened in the case of the latest Argentine bankruptcy. According to Harvard Professor Jeffrey Frankel:

[T]he US court rulings’ indulgence of a parochial instinct to enforce written contracts will undermine the possibility of negotiated restructuring in future debt crises.

We are back, he says, to square one.

Better than redesigning the sovereign bankruptcy mechanism might be to redesign the global monetary scheme in a way that avoids the continual need for a bankruptcy mechanism. A government does not need to borrow its money supply from private banks that create it as credit on their books. A sovereign government can issue its own currency, debt-free. But that interesting topic must wait for a follow-up article. Stay tuned.

Ellen Brown is an attorney, founder of the Public Banking Institute, and author of twelve books, including the best-selling Web of Debt. In The Public Bank Solution, her latest book, she explores successful public banking models historically and globally. Her 200+ blog articles are at EllenBrown.com.

Be the first to comment on "Cry for Argentina: Fiscal Mismanagement, Odious Debt or Pillage?"