University of Calgary’s Hotchkiss Brain Institute (HBI) researchers actually made a few notable discoveries while creating a new drug for brain cancer treatment. Even though their focus is on new drug trials, perhaps because they were funded by Alberta Innovates – Health Solutions/Alberta Cancer Foundation, this writer found their discoveries noteworthy.

Modern treatments for the most aggressive brain cancer, called glioblastoma, leave suffering patients with abysmal survival rates. A median survival rate after conventional treatment might be 15 months with less than 5% of patients living beyond five years.

A mechanism in brain cancer progression has been identified, and with it, some more insight about defense.

HBI team members led by doctors, V. Wee Yong and Susobhan Sarkar, checked out brain tumor samples. There are specialized immune cells in the brain called microglia that defend against injury or infection. They determined that maleficent brain cells turn off this specialized immune mechanism.

Microglia are the brain’s own dedicated immune system. And in this study, we have formally demonstrated for the first time that these cells are compromised in living brain tumor patients.

As with other forms of cancer, brain tumors start as individual stem-like cells – called brain tumor initiating cells (BTICs). These cells quickly divide and grow, eventually forming a mass, or tumor. Yong and his team have discovered that the tumour disables microglia, permitting the rapid proliferation of BTICs, which ultimately leads to brain tumour growth.

“We refer to this as the battle for the brain, in which early on in the disease, the microglia are trying to destroy the brain tumour initiating cells,” says Yong. “But over the course of time, the tumour disables the microglia and we start to see more initiating cells and more rapid tumour growth. We have sought to tip the battle in favour of the brain to suppress the tumour.” 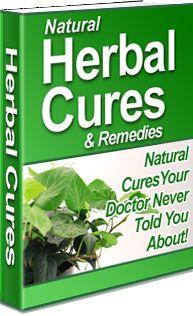 So, they are redeveloping a drug to reactivate the disabled microglia to restrict the cancer. Their tests on mice expanded their lives two to three times, which is unclear how that would translate to human survival. The already commercially available drug, amphotericin B, is used for severe brain/spinal fungal infections, but “it’s a rather harsh medication,” Yong admits. They are hoping to redevelop, and believe that in very small doses it will reduce brain tumors by reprogramming microglia.

What stands out to me is their emphasis on the importance of boosting immunity in fighting brain cancer. Admittedly, immunity is destroyed by conventional treatments and sometimes it takes a few years for a patient to discover that. A huge eye-opener into the fatal effects of conventional cancer treatments are recounted like a medical mystery in Catherine Frompovich’s A Cancer Answer.

Perhaps by greater nutritional health and immune-building, people would not only stand strong in prevention, but be able to keep their cancer-fighting microglia plentiful. Those ideas, of course, are without patents, research funding and subsidies.

Their findings were published in journal Nature Neuroscience on December 8th, 2013.