NASA Admits Solar Cycle Is The Weakest In 200 Years 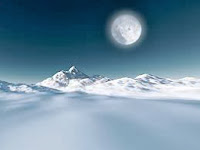 David Hathaway, head of solar physics research at NASA’s Marshall Space Flight Center in Huntsville Ala. has spoken to the Wall Street Journal about the weakness of solar cycle 24.

Hathaway and his team at Marshall Solar Physics predict that the maximum sunspot number for cycle 24 will be around 65 which makes it the smallest cycle since 1906. If it drops just a tad under the predicted level then it could indeed be the weakest for 200 years.

So why does it matter?

Well an increasing number of scientists from several different fields have gathered enough evidence to show that conditions on the Sun affect the climate here on Earth and that the smaller and longer the solar cycle is then the colder it will be on Earth for the next decade or even several decades according to some scientists.

There is evidence to back up the theory. Solar cycles have an average length of 22 years; 11 years leading up to the maximum, and the other 11 leading down to the minimum after which a new cycle begins. It’s common, however, to refer to the solar cycle as lasting on average 11 years, meaning the time taken from the start of the cycle to the maximum of the cycle.(source)

Verified historical data shows that when there has been a small solar cycle, cold weather follows. These periods of cold are referred to as minimums. There have been several. Scientists know about them by tree ring analysis, which correlates closely with the activity on the Sun, and ice core analysis which is a good record of temperature going back many thousands of years. This data, coupled with direct observation allows a relatively accurate picture to emerge.

The most common minimum we hear about is the Maunder Minimum, a period between 1645-1715 when much of the northern hemisphere experienced bitterly cold winters and much cooler summers than normal. Just prior to the Maunder, and during the event itself, sunspots were very few and far between and at times vanished entirely for prolonged periods. Solar cycles remained subdued and 60 years after the Maunder Minimum the Dalton minimum occurred.

So cold was it that this period, from 1560-1850, became known as the Little Ice Age. Although the cute image of children skating on the river Thames is always shown when the Little Ice Age is mentioned, there were and are very serious implications to rivers freezing over.

Commerce was affected as boats and barges couldn’t move to river ports, crops froze in the ground…or were washed out by torrential summer rains and people froze to death in their homes unable to provide sufficient heat.

All this at a time when people knew well and good how to live without electricity. Imagine this situation today; ice storms and snowfall bringing down power lines week after week during winter, and this happening for years and years. Our just-in-time supply chain ceasing to function because the computers are down.

So many millions were starving during the Great Famine of 1300 that Europeans resorted to cannibalism to feed their families. (source)

The planet has not warmed since 1998. Solar cycles 21, 22 and 23 were not particularly active – with cycle 23 being the weakest of the three. With solar cycle 24 coming in much weaker still, at just over half the size of cycle 23 there is cause to worry for the future.

Solar cycle 25, which will peak between 2022 and 2025 could according to Hathaway be the “weakest in centuries”. This does not bode well. NASA published this information in 2006 yet the public has not been warned in any way that there’s a distinct possibility that life is going to get cold, very cold. There has been no advice from the government to insulate/harden our homes against the cold. No advice to stock up on food in case the growing season is affected, nothing. They are still pushing the warming agenda, determined to extract their green tax dollars to the very end.

Sunspots need a certain amount of magnetic energy to form; this is termed Gauss and the sunspots require about 1500 Gauss to form properly. There are indications that cycle 25 may have no sunspots at all, increasing the possibility of intense cold for yet another two decades.

Livingston and Penn have studied this phenomenon in depth.

Livingston & Penn have observed the magnetic field at the darkest point in every sunspot [within their observing time window] and find that the average field has decreased by 20% over the same time as the other effects we have been describing. The ‘bottom’ of the distribution seems to be cut off at 1500 Gauss, below which sunspots do not seem to form.(source)

It’s not just Livingston and Penn that feel this way either. Clette and Lefevre wrote their paper for the Journal of Space Weather and Space Climate in early 2012, and Prof Don Easterbrooke professor emeritus at Western Washington University also believes that rapid cooling is on the way.

There is a major climate disaster heading our way and nothing is said. No warning is given by ANY of the governments of countries in the Northern hemisphere.

They all know that this is a very real possibility. That the indicators for a prolonged period of cooling are strong, yet they sit back, getting their carbon taxes from companies, and green surcharges on domestic fuel bills. They push the warming agenda to extract every last dollar that they can from the citizens they are willing to let die and they say absolutely nothing.

The IPCC serves its master the United Nations loyally. Both the UN and the IPCC know that there is going to be a massive human die-off should prolonged cooling take place. They can sit back and do nothing, allowing their Agenda 21 targets to be met courtesy of the climate.

The elite will have started to make their arrangements some time ago. It’s no accident that the likes of Bill Gates is a major contributor to the seed bank in Svalbard, Norway or that groups such as Bilderberg meet yearly to discuss the future, our future, all unreported under the Chatham House rule of course.

When the time does come that something has to be said it will be downplayed to such a degree, no pun intended, that the majority still won’t get it.

There is nothing we can do about global cooling. As I have said before: it’s a cycle. It happened before man appeared on Earth, and it will continue to happen. All we can do is prepare for it. Whatever you have stockpiled isn’t going to be enough. Grab every piece of wood you can, it may be the piece that prevents you from freezing to death.

We more mature types should be thinking about our physical ability. Will we be able to chop and split wood in ten or even twenty years time?

This is something we all need to think very seriously about, and while we do the powers that be will be sitting back rubbing their hands with glee at the thought of a couple of billion less useless eaters inhabiting the planet that they really believe is theirs, and theirs alone.

Be the first to comment on "The Link Between Sunspots, Global Cooling And Agenda 21"