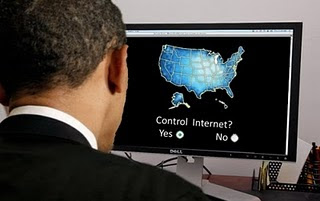 Internet legislation has failed to pass in the halls of Congress in any form. The most recent attempt was the Cybersecurity Act of 2012 which was voted down by the Senate in August of this year.

The Hill recently reported that the cybersecurity bill is likely dead in Congress despite the Administrations best efforts to ratchet up the fear of a imminent “Cyber 9/11”.  The Hill writes:

After Panetta warned in a speech last month that the cyber threat facing the United States represents a ‘pre-9/11 moment,’ Senate Majority Leader Harry Reid (D-Nev.) said he planned to bring cybersecurity legislation to the floor in November and take another shot at clearing a bill through the upper chamber.

But there are several roadblocks that could prevent a bill from even reaching the Senate floor, and observers say Congress will likely punt the issue to next year.

However, waiting until next year doesn’t promise that it will pass then, and its failure has already prompted the Department of Homeland Security and the Obama Administration to draft an Executive Order to take control of the Internet in the name of cyber security.

DHS Secretary Napolitano claims US financial institutions are “actively under attack” by hackers and the nation’s critical infrastructure may be the next target. Napolitano even used the the devastating effects of Hurricane Sandy to add to these previously debunked fears.

“One of the possible areas of attack, of course, is attacks on our nation’s control systems — the control systems the operate our utilities, our water plants, our pipelines, our financial institutions,” Napolitano said. “If you think that a critical systems attack that takes down a utility even for a few hours is not serious, just look at what is happening now that Mother Nature has taken out those utilities.”

Napolitano added that “The urgency and the immediacy of the cyber problem; the cyberattacks that we are undergoing and continuing to undergo can not be overestimated.”

This persistent manufactured urgency would seem to indicate that they will not wait for Congress to pass a cybersecurity law. Rather, they will likely bypass the Constitution and dictate their authority to control the Internet by having Obama sign an Executive Order instead.

Clearly it would not be politically advantageous for Obama to sign this extremely controversial executive order before the election. Therefore, how long it will take for Obama to sign it after he is re-elected?

Be the first to comment on "How Long After the Election Will Obama Sign Executive Order to Control the Internet?"