Google Scholar is every student’s mainstream means of getting sources to cite in their research papers. Teachers and professors across the nation have barred Wikipedia from ever being used as a source, so where do they turn to instead? Google Scholar.

Though you may detest everything Google, you can’t deny that they have some products and services that work absolutely fantastically. And, of course, Google Scholar is no exception. You’ll be hard pressed to find a source of peer-reviewed research that’s as easy and organized to sift through as this site. Those who are well-familiar with the search engine know that it’s a very easy-to-use means of finding some of the best, cutting-edge research that’s being done across the globe.

Whether you’re interested in epigenetics, what is happening in the world of artificial intelligence philosophy (yes, it’s a thing), or need to brush up on your Mayan archaeology news, Google Scholar has it. But it’s not just that the information is out there.

Nope, as we’ve pointed out above, all of this information has to be easily sifted through. And one of the reasons that students across the globe are thankful for this is because of one particular quirk of syllabi across the nation: teachers are picky with who they’ll regard as trustworthy.

At least one of the ways that this showcases itself is through the decision that a citation is not allowed if it happened before a particular year. Many professors require a student to write research papers requiring at least 15 citations. The goal here is for the paper to be well-researched and for the student to demonstrate that they actually know how to engage in research.

In many cases, you’re only allowed to cite a source if it’s ten years old or less. That paper you found from 1973 just won’t cut it. Without getting into the nitty gritty of whether or not that’s a good choice (why can’t I reference Isaac Newton’s paper if it literally revolutionized the world’s thinking?), one of the great things about Google Scholar is that it allows you to filter out your search results by year.

My question is this: Why is there no “Since 2020” or “Since 2021” button in the top left corner of the screen on Google Scholar? Why can’t I filter out research beginning from these two years?

To be sure, there was research that was published in both of those years. It’s not like scientific research just stopped. Take this (useless) study showing, once more, that exercise is beneficial to your health. We really needed that one. The study will still pop up in the Google Scholar search results, so it’s not like all research from 2020 isn’t showing up in Google Scholar, but it is strange that those two years are conspicuously absent from the filter results.

And this is the case whether you search Google Scholar on a desktop or via mobile. Those two years are just gone from the stock filter buttons.

What’s the deal here? Is it a glitch? Did Google just forget to add those two years to Google Scholar in the filter results? Or, was this done purposefully, and if so, what could be the reasons that one wouldn’t be wanted to filter out the research that took place between 2020 and 2021?

To be fair, we do need to point out that you can still search 2020 and 2021 in the custom date range box, and that when you do so, research from both of those respective years will pop up in the search results. So, it’s not like you’re not allowed to search those years at all within Google Scholar; it’s just that the quick buttons to do so are gone. 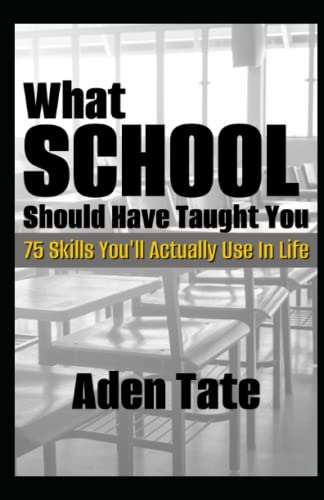 What School Should Have Taught You: 75 Skills You’ll Actually Use in Life by Aden Tate

Yes, there was still plenty of research done in those two years.

It doesn’t make sense that those two filter options would be removed because “there weren’t enough studies” for those two years. There were still plenty of journal articles published then, and even if the number was lower than “normal.” (I do suspect this was the case. A lot of research is performed at universities, and lockdowns hit the globe. If a professor isn’t allowed to leave his house without being arrested, he’s most certainly not going to be able to make it to the lab). It would still benefit the researcher to be able to sift through the literal thousands of studies that still would have been published across the globe that year.

What do you think happened? Is this just a glitch in the code? Did somebody decide those two years just weren’t worth creating a button for? Or is there another reason?

Let us know your thoughts in the comments section below.

Be the first to comment on "Why Has Google Scholar Removed the “Since 2020” Filter for Searching Peer-Reviewed Studies?"