The World Economic Forum’s annual meetings in Davos have become a prominent window into the minds of globalists, with admissions every year of some of the most bizarre and disturbing political objectives imaginable.  Davos is where we first heard founder Klaus Schwab call for the “Great Reset,” a global event which WEF members say will change the very fabric of civilization and herald a new world order.

Davos is also where we first heard of the globalist concept of “smart cities” and the “shared economy” in which you will “own nothing, have no privacy” and be happy about it by the year 2030.

Though the 2023 meeting has just started, it is not disappointing so far in terms of revelations of technocracy. Case in point: Swiss MP Bastien Girod painted a vision of the near future in which governments change the nature of how population is organized. The grand idea? To focus people into tightly controlled cities designed around carbon controls and where cars are illegal for individuals to own. And, to establish penalties for businesses that do not conform to bureaucratic climate-change policies.

At the WEF, a Swiss MP proposes cities where there is no individual ownership of cars, and encourages punishing any businesses that do not align with environmental goals. pic.twitter.com/x2jySxdOhK

The exploitation of global-warming hysteria, despite all scientific evidence to the contrary, remains the primary topic and tool of globalism.  Climate organizations claim that carbon emissions substantially increased for the past eight years, yet global temperatures have not increased in same period according to the latest NOAA data.  Not only that, but global temps have only risen less than 1 degree C in the past 100 years.  There is still no concrete evidence that carbon emissions have a causation relationship with changes in global temperatures.  Yet, this false threat is the rallying cry of the Davos elite and their continuing demands for freedom crushing centralization. 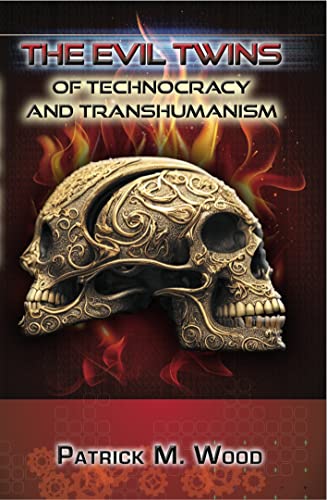 The Evil Twins of Technocracy and Transhumanism by Patrick Wood

Be the first to comment on "Swiss MP At Davos: Change Living Environments To Force The Public To Follow Climate Goals"