The global bankers want to install a Central Bank Digital Currency. But it’s not a currency. That’s what you need to understand. What we are talking about is a “Tokenised Control System” that is going to be implemented.

With the soon to be released EU’s digital ID wallet, European digital identity companies have agreed to form a new consortium to deliver cross-border digital payments.

The consortium is led by Nobid (Nordic-Baltic eID Project) and includes six countries (Denmark, Germany, Iceland, Italy, Latvia, and Norway). The consortium will collaborate with government agencies, banks, and technology providers to integrate digital payments and digital identity across borders.

One of the priorities of the EU’s digital ID wallet program is payments. By leveraging existing payment infrastructure, the implementation would enable payment issuance, instant payments, account-to-account transfers, and both in-store and online payment acceptance.

A digital wallet for the EU has been in development since mid-2021.

This consortium project is designed to streamline cross-border payments, such as the European Payments Initiative (EPI) and the Digital Euro, yes, a CBDC.

Leaders in banking and payments have supported the project, including DSGV in Germany, DNB and BankID in Norway, Nets in Denmark, Intesa Sanpaolo, PagoPA and ABILab in Italy and Greiðsluveitan in Iceland.

“For the EU digital ID wallet to thrive, it needs a reference implementation that sets the bar high. The consortium has all the ingredients for success: multi-nation participation; extensive digital identity experience; a hugely compelling use case and the backing of the best in the banking and payments industry. We are hugely excited to turn the EU vision into a reality and make smoother, more readily available ID services possible for all.” – Tor Alvik, project manager of the consortium said. 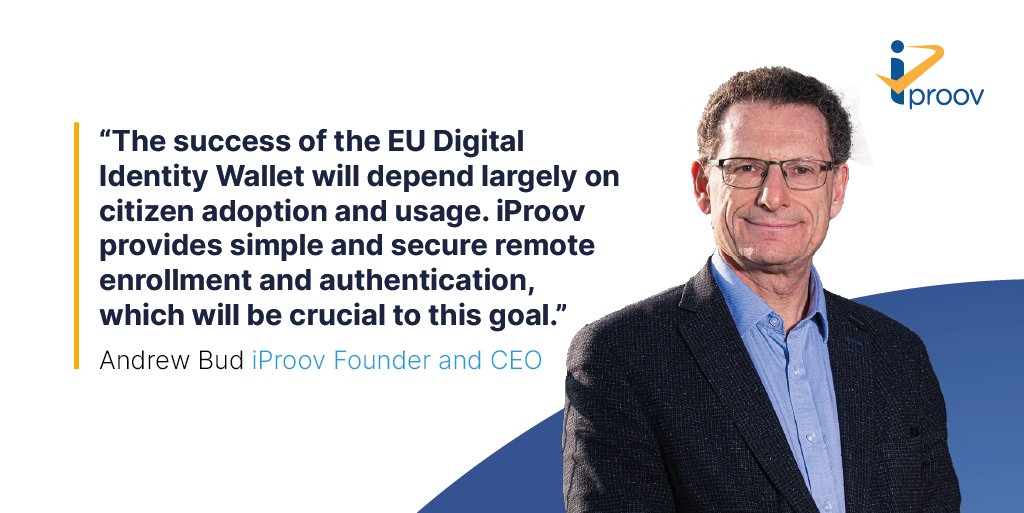 Biometric Update reported this week that UK’s iProov, a digital identity provider, will contribute to the consortium by using facial and biometrics for the payment’s part of the new EU digital ID wallet.

According to the article, iProov has joined a consortium to participate in a pan-European payments pilot program using the EU Digital Wallet.

NOBID Consortium’s pilot is intended to be an extensive test of wallet issuance, payment means issuance through a financial institution, and payment acceptance.

iProov is pleased to be part of a multi-country consortium led by NOBID to launch a pan-European pilot for the EU Digital ID Wallet. The consortium’s proposal sets out a plan to bring to life the most widely used of the EU’s priority use cases: payments. https://t.co/tXPw18zXsL pic.twitter.com/fe7hjwENZG

“iProov is delighted to have contributed as a core team member in this consortium, which comprises so many distinguished digital identity experts,” said Andrew Bud, founder, and CEO of iProov.

“We are committed to its vision for an inclusive and secure way to help citizens make payments. The success of the EU Digital Identity Wallet will depend largely on citizen adoption and usage. iProov provides simple and secure remote enrolment and authentication, which will be crucial to this goal.”

Of the new project: “Digital payments have been part of the daily life of Norwegians for years. Leveraging our experience and expertise in this area makes a strong foundation for carrying out a large-scale pilot of the payment use case and the EU Digital Wallet.” – Steffen Sutorius, Director of the Norwegian Digitalisation Agency said.

“Digitalisation of services is vital for all EU banks, and its importance has been amplified by the COVID-19 pandemic. The adoption of the EU digital ID wallet will accelerate the digitisation of the banks.” – Wrote Oana Ifrim from Voice of the industry in 2021.

In June 2021 Margrethe Vestager, executive vice-president for a Europe fit for the digital age said: “The European digital identity will enable us to do in any Member State as we do at home without any extra cost and fewer hurdles. Be that renting a flat or opening a bank account outside of our home country. And do this in a way that is secure and transparent. So that we will decide how much information we wish to share about ourselves, with whom and for what purpose.”

The idea of the EU Digital Identity Wallet connected to a Digital Euro has already been discussed in a podcast earlier this year — (Listen to podcast here.)

And just Last month in Working Paper Series from the European Central Bank (ECB) – the economics of central bank digital currency wrote “The introduction of digital cash in the form of a CBDC appears to be the only solution to guarantee a smooth continuation of the current monetary system.”

In 2021 Claus Christensen of Know Your Customer Ltd, a FinTech said that the role of digital ID should advance a CBDC: “Having a functioning digital ID scheme for the provision of financial services already in place could be an incentive to adopt a wholesale CBDC model that leverages an existing and extensive network of commercial banks and PSPs.”

In the UK a recent announcement was made that links its digital identity trust project directly with credit-scoring agency Experian – The UK Government Digital Service (GDS) has awarded Experian two new contracts as part of its Digital Identity Programme.

And the World Economic Forum wrote in August 2022 that: “Digital identity must be front and centre for the world economy.” And that “It must be the foundational element to our digital economy.”

A global digital economy which includes the future CBDC platform for payments.

Upon becoming cashless, you will be using Central Bank Digital Currencies (CBDCs). Every action you take will be tracked, traced, and monitored, and everything can be shut down at a moment’s notice.

Everyone will be in the system. A fully digitized, cashless economy would grant banks and other corporations unprecedented power and control over our daily lives.

As a result of this new digital identity and CBDC system, all our transactions will be electronic by the year 2030, and that is what is now being offered to Europeans and other western nations.

According to the EU, it is planning to insert itself between all transactions in our economy so that it can verify if you are allowed to conduct them. For a free society, this is becoming a big problem.

New World Order: “We are on the brink of a dramatic change; we are about to abandon the traditional system of money and replace it with a new one, Digital Blockchain CBDC, which will give us greater clarity over every single transaction.” – Pippa Malmagren.#WGS2022 pic.twitter.com/XChgfs6MVF

Earlier this year Pippa Malmagren at the World Government Summit 2022 said: “We are on the brink of a dramatic change; we are about to abandon the traditional system of money and replace it with a new one, Digital Blockchain CBDC, which will give us greater clarity over every single transaction.”

The global bankers want to install a Central Bank Digital Currency. But it’s not a currency. That’s what you need to understand. What we are talking about is a “Tokenised Control System” that is going to be implemented.

Is there anything we can do? Yes cash is still king and the ultimate form of privacy, so we should use it in every transaction. We should demand it, our purchases shouldn’t be tracked to determine compliance or be recorded in a wallet.