As the numbers of infected and dead soar exponentially this weekend, with the deadly coronavirus spreading to multiple nations and seemingly very much not “contained,” early trading in markets suggest, as Bloomberg macro strategist Mark Cudmore details below, that this ‘black swan’ event is exposing the fragilities, and vulnerability, of financial markets that long ago de-tethered from any fundamental underpinning. 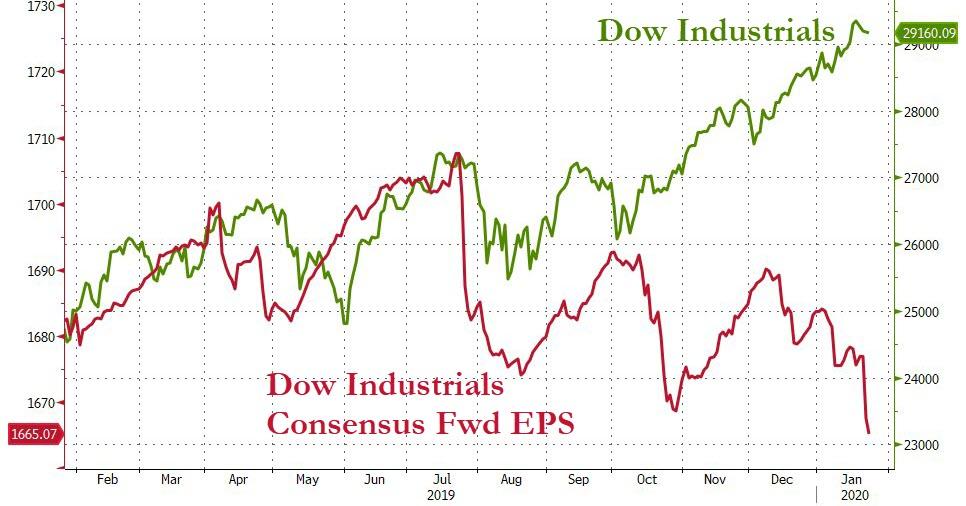 USDJPY is tumbling in early trading, implying a 400-point drop in Dow futures… 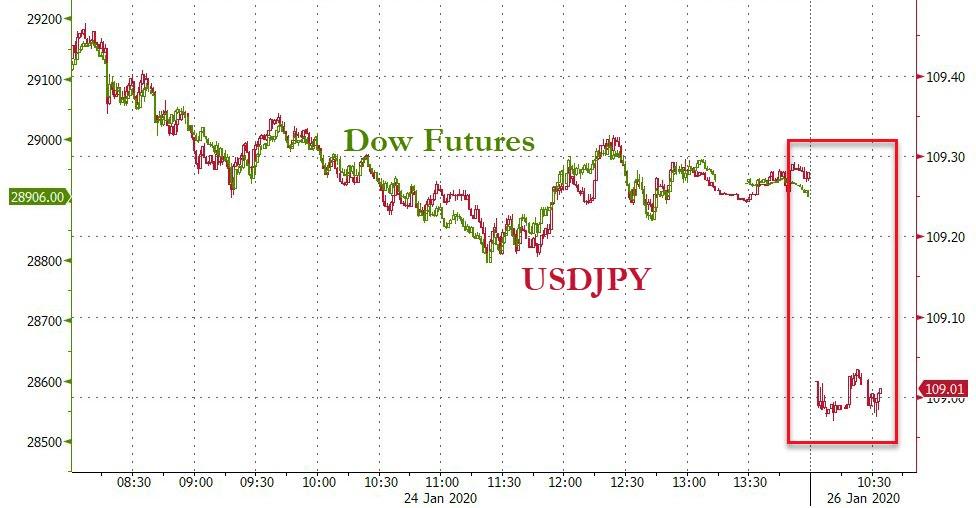 And Aussie fell to six-week lows.

Markets are driven by narratives, and the virus outbreak that has now spread in four continents is finding investors at a particularly vulnerable time, with valuations in many risk assets arguably stretched and volatility near record lows.

Without speculating how the novel coronavirus situation will evolve from here, it already has enough features to prompt severe risk aversion in the week ahead. It has now spread globally and Chinese authorities said Sunday that the transmission is increasing. With signs that the disease may be infectious long before symptoms show, the situation could deteriorate further in coming days as more cases emerge.

Less than two weeks ago in this column, I argued that only a black swan event would see expensive stock markets correct lower, since there was no obvious negative catalyst on the horizon. This outbreak has the potential to be that kind of event.

The key reason why this catalyst will matter where geopolitical scares such as Middle East conflict or North Korea missile tests do not, is that it’s front and center with the retail investor. Films such as Outbreak and Contagion have shown that fear of a viral outbreak is something that plays deep in the general population. It’s an easily accessible and understandable phobia that can strike closer to home than conflicts playing out far away.

The shutdown of major parts of the Chinese economy — China is already mulling to extend the Lunar New Year holiday to prevent the spread of the virus, while restaurants and other public spaces are closed, transport is blocked, and public events canceled — at a normally prime consumption period will not only hurt domestic growth, but the knock-on impact will be felt globally. After all, China is the growth engine for many economies.

News of the virus’s spread hit as volatility across assets had dipped to fresh lows and with many markets, from equities to credit, trading at historically extreme valuations. Investors have made good money and now have a solid reason to take profit.

The game plan for most traders won’t be sophisticated. It doesn’t need to be. It’ll be about cutting back on risk and deleveraging. Previously outperforming assets will now suffer even if the direct economic link isn’t obvious.

The signs of classic risk aversion were already evident in the markets on Friday after more cases were reported in the U.S. Stocks gave in and havens such as Treasuries, gold and the yen are suddenly in position for potential breakouts. Technicals will matter more from here until nuances return in the market. These could be in the form of a potential response from central banks to any signs of faltering economic growth.

EUR/JPY closed below its 4-month trendline on Friday; it’s likely to make fresh 3-month lows below 119.25 within days. Gold had its second-highest close in more than six years; the intraday peak over the same period at $1611.42 is the next level that could be taken out soon. After the 10-year Treasury yield Friday fell to the lowest level since early November, traders will be eyeing last September’s low near 1.40%.

While this may all sound very pessimistic, history has shown that a subsequent market recovery from such events is V-shaped and sudden. How soon that happens, though, will depend on how long the uncertainty lasts before the outbreak is contained and fears of a global pandemic subside. It’s clear we’re still at least a few days away from that upturn in sentiment, and potentially a few weeks.