Where you find the laws most numerous, there you will find also the greatest injustice.

There’s no two ways about it: The United States of America and its 50 state governments love putting people in prison.

The U.S. has both the highest number of prisoners and the highest per capita incarceration rate in the modern world at 655 adults per 100,000. (It’s worth noting that China’s incarceration statistics are dubious, and they execute far more people than the United States. Indeed, the so-called People’s Republic executes more people annually than the rest of the world combined.)  Still, that’s more than 2.2 million Americans in state and federal prisons as well as county jails.

On top of those currently serving time, 4.7 million Americans were on parole in 2016, or about one in 56. These numbers do not include people on probation, which raises the number to one in 35. Nor does it include all of the Americans who have been arrested at one time or another, which is over 70 million – more than the population of France.

For firearm owners in particular, the growth in this “prison-industrial complex” is troubling because felons are forbidden from owning firearms and ammunition under the 1968 Gun Control Act. As the number of laws has grown and the cultural shift for police has gone from a focus on keeping the peace to enforcing the law, more and more Americans are being stripped of their 2nd Amendment rights (not to mention other civil rights like voting – as of 2017, 6.1 million Americans cannot vote because of their criminal records). All told, eight percent of all Americans cannot own firearms because of a felony conviction.

For American society as a whole, the prison-industrial complex has created a perverse incentive structure. Bad laws drive out respect for good laws because there are just so many laws (not to mention rules, regulations, and other prohibitions used by federal prosecutors to pin crimes on just about anyone). How did we get here?

History of Incarceration in the U.S. 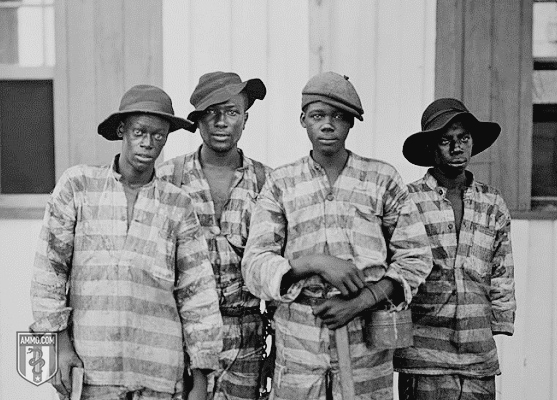 The prevailing notion of where crime came from in the old country and the colonies was idleness. Punishments often involved sending criminals to workhouses, which were quite distinct from the prisons we know today. Rehabilitation and reform weren’t strong currents in the English and later British penal system until the 1700s. Reformers sought to improve the criminal and to make him not want to offend.

Another historical fact worth noting is that incarceration is a relatively recent innovation in punishment. Historically, criminals were punished by shaming, corporal punishment, mutilation, exile and death. The purpose was generally not to make the criminal better, but to deter him from offending again while simultaneously providing the community with some awareness of his crimes for the purpose of allowing them to take measures to protect themselves (for example, branding a “B” on the forehead of a burglar). Where criminals were incarcerated, it was generally a temporary measure prior to trial or post-trial punishment, not a punishment in and of itself.

Remember, a significant portion of early American settlers were convict laborers. This convict labor was not incarcerated, but rather freely mingled with the general population. For the safety of the non-criminal elements, they had to be quickly and easily identified. However, the early American colonies were in no position to expend resources to house, feed and clothe criminals who were not providing productive labor – which is why incarceration made about as much sense as cutting off a criminal’s hand. Only four types of criminals were prohibited from being shipped across the ocean from England: murderers, rapists, burglars, and witches.

Prison became the primary means of punishment for felonies in the years leading up to the American Revolution. Two systems emerged: One where prisoners were incarcerated alone and another where they were incarcerated in groups. For what it’s worth, most prisons were in the North. Throughout the South, crime was largely viewed as a northern problem. Rather than prison, the Antebellum South relied heavily on extra-judicial violence and honor culture to keep their crime rates low.

Prison labor has been a feature of prisons going back to days of English and British colonial rule. However, the convict lease system changed this qualitatively in the late 1880s. This is when prisons began to be paid for the labor of their convicts. Many times, convicts were put to work on plantations. Building railroads and coal mining were other common uses of convict labor during this period. Death rates were high. In Alabama, a full 40 percent of convicts used for leased labor died in 1870.

The convict lease system gradually died out. However, it was replaced with systems not terribly distinct from convict labor. The chain gangs and prison farms closely identified with southern punishment throughout the 20th Century are examples of what began to replace the convict lease system. While there were rumblings about bringing back the chain gang system in the 1990s, it never amounted to much. 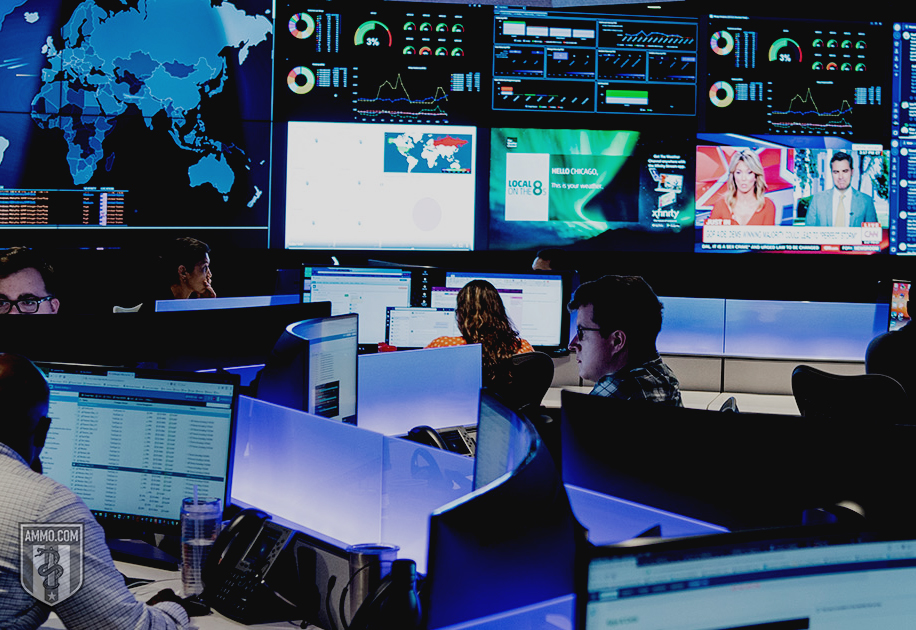 One of the fundamental principles underpinning our Constitutional republic is that the citizenry should not accept “trust me” as an answer from the federal government. Yet in one of our most Orwellian of federal departments – the Department of Homeland Security – a surveillance state is growing as our private information “trusted” to the government is used against us.

This surveillance state is made possible by Fusion Centers, police intelligence agencies that allow different police agencies to share intelligence with one another. It is, in effect, the intelligence-gathering method of the burgeoning police state. And the information gathered, received, analyzed and disseminated by local and state police agencies is then shared with the federal government.

Of course, while we’re assured that protections are being made for privacy and civil liberties, there is very little reason to trust the federal government – including the growing number of vague laws.

It’s easy to blame the War on Some Drugs as the reason for the explosion in the prison population; however, this is simply not an adequate explanation. The real reason is a broad expansion in the total number of laws on the book and the vague manner in which they are written. What’s more, the concept of intent has largely disappeared from our national legal lexicon, meaning that simple mistakes are often enough to land a person in prison.

66-year-old George Norris provides a case study. He was greeted by three pickup trucks filled with six officers outfitted in flak jackets. He was held for four hours while the police searched his house, eventually seizing 37 boxes of his things with neither warrant nor explanation. He was indicted for orchid smuggling under the Convention on International Trade in Endangered Species and for (what else) making false statements to an officer for a simple paperwork error. While being held for trial, he shared a cell with an accused murderer. He was facing five years for the original charge and five years for conspiracy. Because he couldn’t afford his legal bills, he plead guilty and was sentenced to 17 months in prison.

Another broad example is civil-contempt imprisonment. This is where people are put in jail or prison for failure to, for example, respond to a bench warrant for an unpaid parking ticket. This is what Anthony W. Florence was arrested for while riding as a passenger in his family’s car with proof that he had paid the tickets. He spent seven days in jail where he was strip searched twice. Guards also watched him shower and subjected him to a delousing. People have also been imprisoned for failing to pay debts in accordance with court-ordered settlements, which carries the specter of the return of debtors’ prisons with it.

Continue reading Locked Up: How the Prison Industrial Complex Puts So Many Americans in Jail at Ammo.com.

Be the first to comment on "Locked Up: How the Modern Prison-Industrial Complex Puts So Many Americans in Jail"