The globalists seem to have an overarching obsession with data collection. As we have seen with revelations from multiple government whistle-blowers, the establishment spends most of its time, energy and manpower collecting information not just on known threats to their supremacy, but information on EVERYONE through FISA-based surveillance protocols. This is because the establishment sees every individual as a potential threat.

Thus, the system, without warrant, is programmed to collate data from everywhere, not necessarily to be analyzed on the spot, but to be analyzed later in the event that a specific person rises to a level that poses legitimate harm to the globalist power structure.

There was a time not long ago when this notion was considered “conspiracy theory” by the mainstream, but with multiple exposures from WikiLeaks to Edward Snowden it is now common knowledge that the government (and the globalists) spy on us en masse. However, I do not think that many people understand the greater implications or uses for this full-spectrum surveillance. This is why you sometimes hear the argument that “if you aren’t doing anything wrong, then you have nothing to worry about…”

The establishment is not just hoping to observe our present behavior in detail. No, they hope to use today’s data to predict our behavior tomorrow, and at this very moment, they are extremely close to achieving their goal.

Web analytics are used by almost everyone with a website of their own, and Google is a primary source for this data. Through analytics you can easily measure Web traffic for a particular site, but also where in the world the traffic is coming from, how long these people are staying on your site, how many of them are new visitors versus regular visitors, how your traffic has increased or decreased over a span of months or years, etc., etc. That said, analytics are not just useful to someone with a Web-based business or a blog, they are very useful to the establishment. Why? Because they allow the establishment to view the behavior of most of a population at any given time.

In fact, Eric Schmidt, the former CEO of Google, is notorious for opening his big mouth and letting slip some of the finer intricacies of the establishment’s information war. In 2010 in a videotaped interview with The Atlantic, Schmidt said this:

With your permission, you give us more information about you, about your friends, and we can improve the quality of our searches. We don’t need you to type at all. We know where you are. We know where you’ve been. We can more or less know what you’re thinking about.

Now, this statement from Schmidt is not entirely true. The use of analytics to know the thought processes of the individual person is nonsensical because, first, individuals can be highly erratic and unpredictable due to emotion, intuition and abrupt changes in psychological dynamic. The elites do not know what you are thinking, yet.

That said, they do have the tools at their disposal to use what I would call “macro-analytics,” a widely encompassing view of Internet traffic, to predict GROUP behavior.

The ability to track the Web habits of an entire population allows the elites to see shifts in social consciousness in real time. For example, I believe this very method was used to predict the shift of the U.S. population and parts of Europe towards a more conservative or “populist” ideal in 2016. Because of this the elites have acted accordingly.

Instead of attempting to stop the social changes of the group, they have allowed conservative and sovereignty movements to attain a certain level of political power, while also setting those same movements up for epic failure in the next couple of years. I also predicted this move by the elites in advance before the Brexit Referendum (I will go into more detail on this in my next article).

The point is, the elites do not necessarily need to spend the incredible amount of energy required to spy on each individual. When people form into ideological groups their behavior becomes much easier to predict. Through macro-analytics, the establishment can simply watch the traffic numbers of conservative and liberty sites to see how quickly a population is adopting that mindset, or abandoning it. They can read these social movements in advance and move to intercept or co-opt.

Even if everyone in a given population found a way to use the Web anonymously, this would do nothing to prevent the establishment from collecting wider analytic data and traffic data.

The best strategy for defusing this weapon at the fingertips of the elites would be a decentralized Internet; an Internet in which analytics are not collected or cannot be collected. Whether this can be done using existing Internet infrastructure or if it would require the freedom minded to start all over from scratch, I do not know. All I know is that while the existing system is indeed useful to liberty advocates as a means to spread information and to counter disinformation, it is also highly useful to the elites as a means to view and predict mass behavior. It is a trade-off, and it is hard to say who is getting the better part of the trade.

For the establishment, though, the Internet is quickly becoming, for all intents and purposes, the all seeing eye.

Human Integration With The Internet

Here is where Eric Schmidt’s claim of Google “knowing what you are thinking” could actually come true. Yet another statement from Schmidt in an interview with The Hollywood Reporter breaks down exactly what a human integration with the Web might entail:

There will be so many IP addresses… so many devices, sensors, things that you are wearing, things that you are interacting with that you won’t even sense it. … It will be part of your presence all the time. Imagine you walk into a room, and the room is dynamic. And with your permission and all of that, you are interacting with the things going on in the room.

Note that Schmidt keeps bringing up the idea that they will have your “permission” to watch your life and actions in such vivid detail. The elites love the idea of consent, but see consent as an unconscious act.  Meaning, they take joy in tricking people into consenting to their own slavery through misinformed participation. Surely, if the average person knew the extent to which their information would be used by the establishment against them they would not consent to a thing. But the elites figure that your ignorance and participation is enough for them.

Case in point, the “internet of things” which Schmidt is describing, is already here.

Not only can spy agencies tap into your Web activity and your computer microphone and webcam, but also your cell phone activity. This includes the ability to use cell phone GPS to track every move you make in real time. But cell phones can also be activated while turned off (as long as they have battery power), and your conversations can be recorded while you are none-the-wiser.

The cell phone is also a powerful tool for video surveillance. Cell phone makers are now getting ready to equip products with facial recognition software, allowing organizations like the NSA to not only track you with your own cell phone, but also track you through OTHER people’s cell phones if they happen to capture your face in their own phone camera.  Imagine a world in which the elites have eyes everywhere because nearly everywhere you go someone is holding a cell phone with biometric software.

New products are even more invasive. Amazon’s latest “Echo” technology, featuring “Alexa,” an app which allows the Echo to interpret your commands via microphone and talk back to you, is essentially a highly sensitive listening device (with digital speech interpretation) which people are paying good money for and willingly centralizing in their homes. This is so Orwellian it is astonishing.

Though Amazon claims the Echo only records audio for 60 seconds at a time and has refused to give data to the government in two separate instances for use in court prosecutions, the fact is that Amazon does have the data. And, if Amazon has access, then the NSA has access. It is foolish to assume otherwise. The federal pursuit of warrants to gain the data for use in court cases is nothing more than a show designed to normalize the practice of exploiting these devices and make the idea more palatable to the public. If the data can be used to solve a crime, then how can such surveillance be bad, after all?

What Schmidt envisions, and I think what the globalists envision, are millions of households filled with devices like the Echo. Not only this, but they also envision every human being reliant on the “internet of things” every moment of every day. They want a world in which you can’t accomplish any necessary activity without interacting with the network. They want a world in which everything you say and do is recorded and modeled and profiled. We are not quite there yet, but we are not far off, and if such a world comes to pass, then the elites will, in a sense, be able to predict individual thought and behavior. 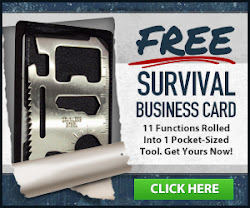 In my next article I will be outlining more methods for countering establishment intrusions into your life. Not only that, but I will also be explaining how you can turn the tables and predict the behavior of the elites.

In the meantime, the best solution to the problem is to distance one’s self from the grid wherever possible. This means doing simple things, like leaving your cell phone at home when it is not really necessary. I grew up in an era without cell phones. Trust me, we got by just fine without them.

It also means being more present-minded on the technology in your home and what it does. Do you really need your webcam overlooking your house all day long? Does your computer really need to be operating every second? Do you really need to take pictures of your entire life and post them on Facebook? Can you not limit your desire for every new gadget that happens to come along?

Humanity needs a healthy distance from technology. This doesn’t mean we go back to using a horse and buggy, but it does mean there is wisdom in moderation. Mass surveillance potential by the establishment is not just a threat to people who might be “up to no good”; it is a threat to everyone. For the ability to predict a population’s behavior makes that population highly controllable. NO ONE is morally benevolent enough to be trusted with that kind of power. Anyone deliberately seeking to obtain such power should be treated with the utmost suspicion. Only the worst of men desire the means to intrude on the lives and minds of men.

You can read more from Brandon Smith at his site Alt-Market.com, where this article first appeared. If you would like to support the publishing of articles like the one you have just read, visit our donations page here.  We greatly appreciate your patronage.

11 Comments on "How Globalists Predict Your Behavior"