It happened … Bayer has wedded Monsanto this past Wednesday.

Previously, we reported that Bayer AG – one of the world’s largest crop chemicals business, second only to Syngenta – was out to acquire or “merge” with Monsanto – the multinational seed and biotech corporation – in one of the biggest mergers in recent history. In fact, the all-cash deal has now created the world’s largest supplier of seeds and agricultural chemicals and the biggest German/American transaction to date.

Bayer then wooed Monsanto by offering more money per share, upping the ante, and $4 billion more than the initial offer. Monsanto did an about-face and quickly pulled out of an Indian GM cotton imitative. Also this week, Monsanto abandoned its share in seed breeding company InterGrain which had a genetically engineered drought-tolerant wheat in development. This unloading was conveniently subsidized by the West Australian government, and some think Monsanto made this recent move to sweeten the deal for Bayer Ag.

Monsanto made the following announcement:

“Bayer and Monsanto to Create a Global Leader in Agriculture”

Bayer and Monsanto today announced that they signed a definitive merger agreement under which Bayer will acquire Monsanto for USD 128 per share in an all-cash transaction. Monsanto’s Board of Directors, Bayer’s Board of Management and Bayer’s Supervisory Board have unanimously approved the agreement. Based on Monsanto’s closing share price on May 9, 2016, the day before Bayer’s first written proposal to Monsanto, the offer represents a premium of 44 percent to that price. 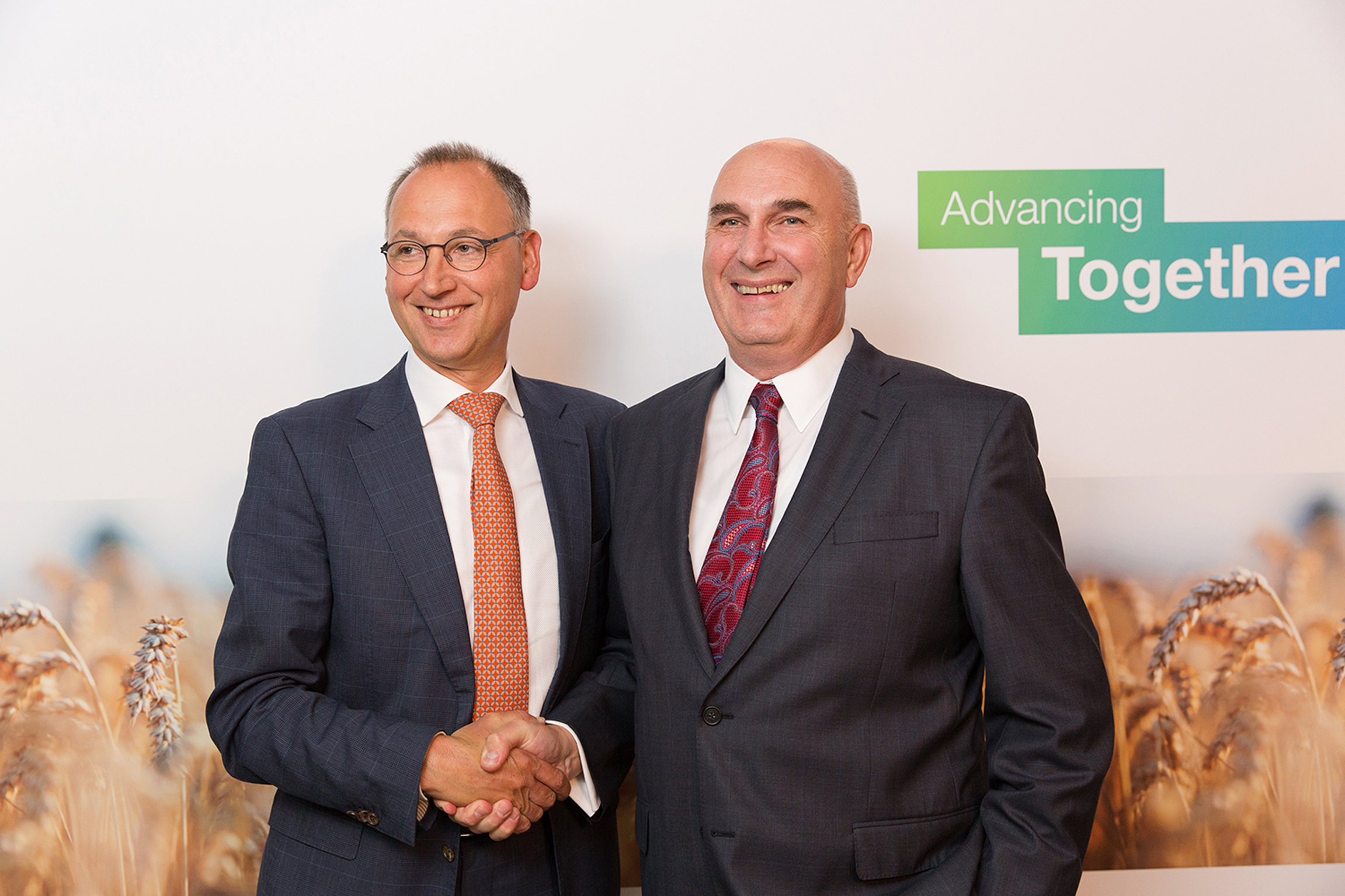 Moment of acquisition caught on film

The aggregate value of the merger/acquisition is the symbolically significant number of $66 billion dollars with expected annual synergies of approximately USD 1.5 billion after three years. Monsanto says the merger “brings together two different, but highly complementary businesses.”

However, that’s precisely why anti-trust experts warned against this merger and believed it to be illegal in the first place. As reporter John Vibes pointed out, when Monsanto was named “World’s Most Admired” company by Fortune Magazine – the corporation had little competition in its biotech sector. This leaves one to ponder the real long-term impact of such a mammoth osmosis.

Hugh Grant, Chairman and Chief Executive Officer of Monsanto, made the following statement which may or may not be an indication of the company’s true intentions:

Today’s announcement is a testament to everything we’ve achieved and the value that we have created for our stakeholders at Monsanto. We believe that this combination with Bayer represents the most compelling value for our shareowners, with the most certainty through the all-cash consideration.

Werner Baumann, CEO of Bayer AG, echoed the notion but also included that “society at large” would (somehow) benefit as well.

This is not the first multinational/corporate marriage of its kind this year.

U.S. chemicals giants Dow Chemical and DuPont have agreed to merge and spin off their respective seeds and crop chemicals operations into a major agribusiness.

Syngenta last year fought off unwanted suitor Monsanto, only to later agree to a takeover by ChemChina.

NPR reports the final details of the acquisition:

The analysts anticipate “political pushback” to the deal, including resistance from farmers, the wire service writes.

The deal comes as falling crop prices have caused a slide in farm profits, “which has cut into the amount that farmers can pay for chemicals and seeds,” Jim tells our Newscast unit.

He says the deal is expected to be completed by the end of 2017. But should the deal fail to win regulatory approval, Bayer has agreed to pay a $2 billion fee.