A new study has confirmed a controversial EPA draft report that was never fully completed: in one location, fracking chemicals contaminated a drinking water aquifer. Unlike previous reports which found potential contamination from methane seepage and wastewater elements, this study found the presence of chemicals employed to perform hydraulic fracturing in a potable aquifer.

“We documented impact to a water resource as a result of hydraulic fracturing for the first time,” scientist Dominic DiGiulio said in an interview according to the Casper Star Tribune.

DiGiulio worked for the Environmental Protection Agency and had been one of the lead scientists researching the original report, in 2011, which focused on an area near Pavillion, Wyoming — and included the Wind River Reservation. In that location, and unusual geologic formation means the rocks subject to fracking closely abut a drinking water aquifer. That study found fracking contamination had, indeed, reached the aquifer — but the findings ignited a firestorm of controversy so intense, the report was abandoned by the EPA before being finalized.

DiGiulio then took a job at Stanford University, and partnered with his colleague, Rob Jackson, to complete the original work — much of which had simply been shelved. Together with the EPA’s original research, DiGiulio filed a Freedom of Information Act request to procure water samples that hadn’t been published — and the pair confirmed the contamination of the drinking water aquifer.

Counter Markets Newsletter - Trends & Strategies for Maximum Freedom
As before, the researchers argue that samples from these wells indicate the presence of the chemical-laced water that’s pumped down gas wells to hydraulically fracture rock, releasing the gas it holds. That conclusion had drawn intense criticism from the industry, which argued that the EPA samples were likely just picking up chemicals from the mud used to drill and seal their monitoring wells, which combined with naturally occurring petroleum compounds. In this new work, the researchers do some new work to test that hypothesis and conclude that it just doesn’t fit the data, providing the response to criticisms that the EPA never really supplied.

Though the research did confirm the presence of these chemicals in the aquifer, that doesn’t necessarily mean the contamination found its way into private drinking water wells in the area. But Jackson admonished the lack of oversight and loose regulatory standards in place concerning fracking near a potable water source:

The area near Pavillion differs from most fracking sites, in that the rocks containing the desired gas are nearer to the surface and, thus, closer to the drinking water supply. Researchers discovered many of the wells lacked the protective cement seals around middle sections of well pipes, which many states — excluding Wyoming — now require. Adding to the issue, a few of the wells “failed tests for leaks in the well pipe.”

Another facet to the new study concerns pits used by the industry to hold fracking fluids and mud unearthed during drilling. When fracking first experienced explosive growth, many of these waste pits did not include any protective lining. 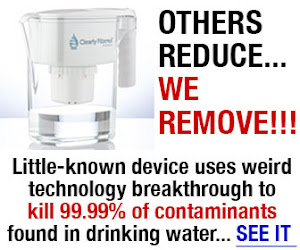 Though some of those waste pits have since been cleaned up by the state, Ars Technica reports recent testing found “low-level contamination” in nearby water wells. In their report, researchers said those findings “suggest impact from unlined pits and the immediate need for further investigation including installation of monitoring wells.”

Though the scientists conclude the long-term risk potential surrounding the fracking contamination of the aquifer, they found more immediate cause for concern with the pits. Either way, wider monitoring and further investigation are imperative. There is another issue of seeming grave importance that isn’t specific to Wyoming — but after the results of the study, must be taken into consideration:

“No state has any restrictions on how shallowly you can frack a well,” Jackson said. “That needs to change.”