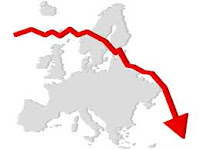 Borrowing costs in Portugal have risen more than 2% and the market has fallen by more than 6% during early trading. Jose Mario Barroso is said to be following the situation very closely.

Earlier this week two leading ministers resigned as large protests against the austerity imposed on the country took hold.

The sharp rise in bond yields suggests investors are less confident that Portugal will be able to repay its international debts.

The initial reaction of the markets shows the obvious risk that the financial credibility recently built up by Portugal could be jeopardised by the current political instability. If this happens it would be especially damaging for the Portuguese people, particularly as there were already preliminary signs of economic recovery.

In May 2011 Portugal received a $102bn bailout on the condition that it implemented long-standing austerity measures. A little over two years later the Portuguese people are becoming more angry with the measures and more disillusioned with their government.

Chris Carrington is a writer, researcher and lecturer with a background in science, technology and environmental studies. Chris is an editor for The Daily Sheeple, where this article first appeared. Wake the flock up!