Every Communist must grasp the truth: Political power grows out of the barrel of a gun.— Chairman Mao Zedong (The Little Red Book, 1964) 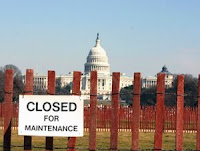 I don’t think anyone can truly understand the idea of freedom without understanding why a shrinking group of Americans cherish their 2nd amendment rights so passionately. Obama says that the voices of dead children compel change, by which he means to disarm Americans at a faster pace.

He talks of change, but it is more like “Hope and Chains”. He reeks of the status quo. True change would involve a free market (libertarian) solution to the problem of school shootings and violence – since they aren’t being employed there. You may not agree. But you can’t disagree that they would represent true change.

Certainly there were no such incidents in the left’s mythological portrayals of the wild, wild, west!

You know our view. Freedom is an unknown ideal altogether. But even if we were to concede that a libertarian solution was going backwards, who could dispute the better numbers from back then?

But those arguments – and there have been many good ones made that freedom haters on the left have never even heard – weren’t given a single thought in his haste to get back at the Republicans for all the trouble they keep causing him. Obama is right that society has failed those dead children of whom he speaks. But isn’t this system administered and run by his bureaucratic cohorts? Isn’t that same old centrally planned one-size-fits-all education part of the problem? Isn’t there anything to the idea that gun free zones invite armed crime, or that guns protect people too (thus also lessening the need for state police)? What about the idea that popular pharmaceutical drugs play a role in the violence? Or what about the FACT that gun control simply puts all the guns in the bad guys’ hands. Not interested! He would much rather exploit the opportunity for more political capital from his own side. I’m just calling it like I see it. Obama is a politician and he’s exploiting those dead children for his own political gain.

If that were not true there would be a more serious two-sided debate on the issue before recommending action that will not even be able to cure the symptoms. Not that I am alone claiming to understand the cause of these violent incidents. However, I am pretty sure the mere existence of guns isn’t it.

Notwithstanding, they’ll probably push more regulations through like they pushed through healthcare reform.

It’s symbolic as another signpost on the road to totalitarianism. As Ayn Rand said, “The difference between a welfare state and a totalitarian state is a matter of time.”

The irony is that the same people who would deny it are blind to their own contribution.

But what is important to me, as a gold market analyst, is the impact of all this on the economy. [Editor’s Note: Ed’s gold market analysis and advice is available to premium subscribers of TDV’s Weekly Dispatch. Click here to learn more.]

Any movement in the direction of bigger government puts greater control over the means of production in the hands of the state’s planning bodies, which means less competition, less consumer sovereignty, and hence less supply, less quality and higher prices. This in turn ultimately means less productivity.

But in a world where politicians are constantly trying to buy votes with the illusion that they alone are the source of prosperity (while the market is bad) it means more inflation, and more taxes.

So whereas the US administration’s position on gun control is a mere signpost on a section of the highway where there are no turnoffs, its position on the public debt (and spending of course) is far more revealing of the substance in my point. It seems pretty clear that Obama’s agenda will result in the further expansion of government, not only in the present but also in the future – by obligating future generations to pay for today’s excesses. Describing the Republican opposition to raising the debt ceiling and insisting on some spending cuts, Obama said they were “holding a gun at the head of the American people.” I mean, and they aren’t even talking about the kind of spending cuts that I would recommend. What would he say to that? Really, it is the irony in his words that compels change!

So the sheep are brainwashed. They think their taxes, taken from them involuntarily, actually go towards the public good because the lesser evil who they voted in is a benevolent philosopher king.

Meanwhile, the money is blown on pork barrel subsidies to a handful of preferred cartels, bureaucrats, labor unions, war pigs, and other organizations that couldn’t stand without the support of government.

The mass of sheeple thinks the government is protecting them while it is waging a war on the little guy.

If we truthfully lived in a free market system as the liberals claim, there is no way that the head of state would even dare to say that threatening to shut down government is like holding a gun to Americans’ heads. In my mind then it is just more evidence of how far from a free market system we’ve strayed.

It would do Obama followers well to listen to Mao’s words. They contain the obvious – at least to our group – but they also happen to point out the less obvious: that socialists don’t want to accept that the coercion is never justified. The end never justifies the means. Isn’t the means, after all, most of the journey? If government were ever to shut down, history should record it as America’s new birthday.

Ed Bugos, the Dollar Vigilante’s Senior Analyst, has a strong background in Austrian economics, is one of the world’s most sought after and respected mining analysts. Based out of the global epicenter for gold mining exploration and financing, Vancouver, Canada, he has been writing publicly since the late ‘90s and is a well known critic of government interventions, central banking and the Federal Reserve since 2000, starting as the original contributing editor for Safehaven.com. Ed founded goldenbar.com in 2001, a website publishing his gold & currency digest portending the collapse of the strong dollar policy and the rise of the secular bull market in gold and commodities. He was one of the first to make the call for $2,000 gold (he now is calling for $5,000-$10,000 gold), back when it was still struggling with $300 per ounce and it was a sin to own it.

Be the first to comment on "Inflation, Taxes and More Coming Soon"