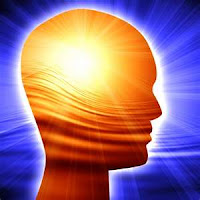 Is there anyone amongst you who has not been betrayed by someone you trusted ? A friend, a roommate, a workmate, a lover or a spouse? Someone to whom your guard was down, or to whom you had opened your heart. Whom you were convinced was on your side, who would stand beside you in time of need, and would never do anything to harm you? But who it turned out, consciously and callously, without compunction, betrayed your trust, destroyed your reputation, stole your property or your promotion, broke your heart, even lied in court to win custody of the children you made together; caring nothing for you, or the pain and suffering their behavior caused you?

Then you know first hand about psychopathy.

Most of us would consider the above behavior ‘beyond the pale’ in a civilized society, and indeed it is; and whether or not the perpetrator meets the criteria for full psychopathy, s/he has done great harm to others regardless.

There are degrees of psychopathy, and it is much more widespread than we have been led to believe.

Our world is being run behind the scenes by very rich, very powerful psychopaths. And, those who serve them; for personal gain, or because they’ve been coerced into doing so, by the most despicable tactics imaginable.

To look this horror in the face, and so help to defeat it, you need to be able to handle your emotional reaction to this grim reality; and to stay out of overwhelm / dissociation, where your thinking brain goes ‘offline’. Although it seems that we, who are awake, have consciously chosen to be so, that is not the case. It’s just that we dissociate less readily to life experience; are overwhelmed less often; and so spend more time operating from our rational brain.

Be grateful you are awake, but have compassion for those who are not.

Those who seek to destroy humanity, use this automatic response to overwhelming danger, and tendency to dissociation, against us; to load us up with as much trauma and overwhelm as possible, creating lots of ‘buttons’ that can reactivate past traumatic events and thus dissociate us ‘at will ‘.

These events can be reactivated. Think of the war vet who hears a short sharp sound, and goes berserk; killing innocent bystanders thinking they are enemy soldiers.

‘Lone gunmen’ are controlled and let loose on the general public, by a more sophisticated use of the same mechanism.

Think of the survivor of a car wreck found wandering in the street, oblivious to oncoming traffic. That person is dissociated, overwhelmed by an event which they were powerless to prevent, to master, to fight or to flee from. They are not perceiving what is going on around them. If we are not present to danger, like the car wreck victim, how can we defend against it?

The New World Order is rolling out around the world on a human population which is dissociated a lot of the time; by design.

Thank God there are enough of us, to sound the alarm.

You have to be wide awake, and sharp as a tack, to perceive the misdirection, the subtle and seductive propaganda.

The confabulation of true environmentalism with UN Agenda 21 is a superb example.

Conditioning us to not think for ourselves; rather to defer to experts because they have a PhD in the field, is another.

While at the same time corrupting the experts by conditioning them to be professional skeptics, who discount intuition, the knowing without knowing how you know.

Those who seek to destroy humanity are diabolically clever. Not only do they understand trauma very well, but they undermine the study of psychology, and mislead its practitioners, so that effective treatments are not available to deal with the trauma they relentlessly and callously inflict.

That is why meridian tapping techniques have been kept from the mainstream; in spite of being ‘evidence based’, verified by by gold standard scientific research.

Humanity has been, and is being subjected to constant trauma, directly by monstrous events, and daily stress like constantly changing mortgage interest rates; and, indirectly by TV programming and so called News; by movies, video games, and novels.

And, the behavior of psychopaths throughout society. Beware particularly of the smiling psychopaths. They are the most dangerous. All those salesmen and corporations who persuade you that their business proposals and policies are in your best interest, when even a cursory rational examination tells you that you are ‘being had ‘. To be betrayed by those we love is the most traumatic of all and we resist facing it; even if that is only our favorite brand, or the ever so warm and cuddly, or authoritative TV presenter.

Learning how to release trauma, the overwhelm, the freeze, the dissociated state, and then release the emotions of fear and panic which preceded it, is key in dealing with reality, recognizing propaganda, and attempts to manipulate us; and to deal en masse with the perilous situation humanity finds itself in.

Since the late 1980s releasing trauma has been possible. Since a veteran clinical psychologist in the US, Roger Callahan, discovered that focused consciousness, paired with tapping of the acupuncture meridian system, collapses the shock and overwhelm, allowing one to think rationally again.

The international energy psychology community of EFT and TFT practitioners, understands trauma and treats tens of thousands of people everyday around the world. Clears their past trauma, and helps them to help themselves and others in the future.

That is the last thing the psychopaths who would annihilate humanity want.

So if you want to defeat them, clear trauma in yourself, and teach others to do the same.

Most people have a lot of stored trauma, so it takes time; and often individual sessions with a skilled energy psychology coach, EFT (Emotional Freedom Techniques), or TFT (Thought Field Therapy) practitioner are necessary to do so.

There are a lot of rank amateurs out there, so choose carefully.

An excellent energy psychology coach, who does EFT and/or TFT, will help you find the original event underlying the trauma and clear it.

If you need help, there are energy psychology practitioners around the world.

Everyone is controlled by one means or another by our common enemy.

Not least, the ever increasing numbers of traumatized professional soldiers and police.

Our community’s warriors. Its protectors.

Disabling them with massive trauma is a part of the takedown and enslavement of humanity.

Be the first to comment on "The New World Order is Psychopathy run amok. How to protect yourself and your loved ones."