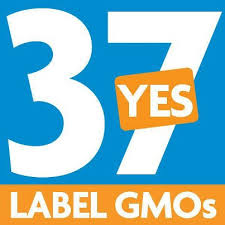 The discovery is going viral and giving even more momentum to California’s campaign for the right to have GM food labeled — also known as Prop 37. Many experts have given their assessment of these findings, including molecular biologist Dr. Michael Antoniou in a must-see video here.

In text from the video ad below, it is correctly pointed out that in addition to the most basic right to know what we are consuming, we should keep in mind who is bringing the world the wonders of genetic modification.

The very same corporations that brought us DDT and Agent Orange are now funding the No on Proposition 37 campaign trying to deny our right to know what’s in our food.

The ad says it all — we’ve heard the false corporate health claims before. They said cigarettes were safe, DDT was safe, even that Agent Orange was safe. The two major donors against our right to know in California are Monsanto and DuPont — the two corporations most responsible for DDT and Agent Orange. We’ve heard from them – now let’s hear the truth!

Help us fight back with the truth by donating today so we can keep airing our hard-hitting ad. Please make a donation today: http://www.carighttoknow.org/donate_tv

All Proposition 37 does is require clear labels letting consumers know if foods are genetically modified. We already have food labels showing nutrition, allergy information and other facts consumers want to know. This measure simply adds information telling us if food is produced using genetic engineering, which is when food is modified in a laboratory by adding DNA from other plants, animals, bacteria or viruses. Found footage sourced from Internet Archives.