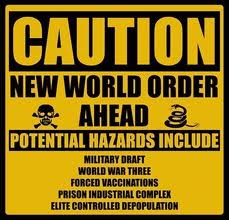 Just hours after the PPRN News published the story of the request by the Department of Homeland Security / Transportation Safety Administration, Jacob Goodwin, Editor-in-Chief of Government Security News released an article explaining how innocuous and safe this request is.

The invitation to bid is a 100% small business set-aside opportunity, and prospective vendors have until August 13 to submit their bids. Delivery of the explosives, which must be packed in bags, is required within 15 days, says the TSA notice.

The RDX and ammonium nitrate will be sent to the William J. Hughes Technical Center in Atlantic City, NJ.

‘TSA’s National Explosives Detection Canine Team Program prepares dogs and handlers to serve on the front lines of America’s War on Terror,’ says the agency’s Website. ‘These very effective, mobile teams can quickly locate and identify dangerous materials that may present a threat to transportation systems. Just as important, they can quickly rule out the presence of dangerous materials in unattended packages, structures or vehicles, allowing the free and efficient flow of commerce.’

It was as if Mr Goodwin was sent out to provide a cover for the purchase. It just seems such a safe, valid reason. Sugar coated for public consumption. Arsenic covered in chocolate will still kill, regardless how sweet the taste.

First and foremost, the solicitation has been removed from the list of DHS requests. Simply putting the solicitation in the FBO search engine, or RDX or Ammonium Nitrate will fail to yield any results, as evidenced by this screen grab. This behavior by the TSA to conceal the solicitation was first highlighted in a story we ran earlier this week.

And, again, in order to find the request, Google was able to retrieve it from the dark shadows of the Government Memory Hole. Thank you, Mr. Obama, for giving us the most transparent administration in history. However, I believe the word you should have used was OPAQUE. Thankfully, the FedBid Marketplace had a copy of the request, image below. Secondly, one of the most troubling aspects of the request is the amount of time that the company must deliver the material. The bid opened on 8 August, and closes 5 days later. Typically, bids run much longer and materials are usually due within sixty days after the close of the bid. But this bid closes next Monday, the 13th, and must be delivered within eighteen days after that. The speed to complete this request could be justified if the solicitation was being made at the end of the fiscal year, in September. But that is still seven weeks away. Haste makes waste. What does the DHS/TSA plan on laying waste to?
And finally, history again serves as our teacher. Further reading has found that many times in recent memory the amounts of explosives used in terror attacks around the world have been approximately one half ton, the amount suited to fill a small minivan. India, Afghanistan, and other terror-cell laden nations have had their peace breached by the use of high explosives.

I’m reminded of the TV series, Jericho that ran for two seasons on CBS. The perpetrator of the nuclear attacks was none other than the head of Homeland Security. I certainly hope that the reality does not follow fantasy.

Again, what does DHS/TSA plan on laying waste to? A building? A dam? A monument? The Constitution? Freedom and Liberty?