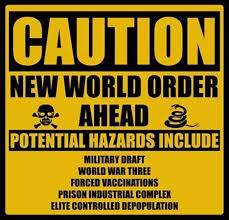 A solicitation placed today at the Government marketplace shows that the Department of Homeland Security, via the Transportation Safety Administration has requested 700 pounds of High Density Ammonium Nitrate and 700 pounds of A-5 Flake RDX, with a delivery date by 31 August, 2012. That is less than 4 days before the start of the Democratic National Convention.

Why would the DHS/TSA order such material? From their Statement of Work:

Scope of the Product, Service, or Outcome:

The CES requires the 700 pounds of High Density Ammonium Nitrate and 700 pounds of A-5 Flake RDX to provide Canine Explosive Training Aids (CETAs) to NCP participants. The supplier must be able to meet the exact requirements by August 31st, 2012. Substitutions for this product are not acceptable

This all comes on the heels of a solicitation for sheet style high powered plastic explosives that we reported on earlier in the week.

The problem is very clear. As stated in the ATF Law Enforcement Guide to Explosives Incident Reporting document:

In order to detonate ammonium nitrate, the use of a booster is required. Commercially, Pentolite and RDX are used as a booster, while the military will often use TNT as the booster.

Instead of using a poor-quality analog (aka hamburger) for Ammonium Nitrate to train dogs, they are requesting High Density, or the Kobe Beef of Ammonium Nitrate (AN). And in order to detonate the AN, RDX is used. The Department of Homeland Security is requesting BOTH components of a binary explosive compound to be delivered to a government facility in downtown Atlantic City, New Jersey.

To put the amount of explosives into perspective, Timothy McVeigh used 5,000 pounds of AN and motor racing fuel. RDX has a much greater explosive capacity than racing fuel, and McVeigh was a party to mass murder and destruction that would be on par with these materials being detonated.

For the sake of argument, if a dog needed only 1 ounce of each material in order to be trained and tested, there is enough material for 11,200 dogs at the same time.

This does not meet the smell test. No pun intended.

We will continue to watch the developments and report back to you.