It’s not every day that you find yourself with an Australian, a Canadian, and an Austrian having an intelligent discussion about American politics.

We find ourselves in a quaint guesthouse in Penang, Malaysia four months in to our world family vacation. Although the area is home to many expat travelers and tourists alike with high-rise condotels, beach resorts and even a Hard Rock Café, it’s certainly not the type of place you’d expect to find people who care about U.S. politics.

The lone traveler that is sharing the guesthouse with us is a retired backpacker from Austria. Upon first meeting him, I asked if he spoke English. He responded “a little bit,” which is the typical response from fellow travelers whose first language is clearly not English. Yet, after a minute or two of discussion, it’s obvious they all speak much more than just a “little bit.”  In fact, most of them should be labeled fluent even though their confidence is lacking.

After making small talk, we moved on to larger subjects like the state of the world, the wars, the euro situation and, finally, the United States.  He revealed that he was a big country music fan and has visited the States a half-a-dozen times to go to festivals. His handlebar mustache suddenly made more sense.

So he wasn’t completely unfamiliar with America. When reflecting upon the challenges facing America, he asked if I thought any of the current presidential candidates could make a difference.I told him there’s only one guy who’s even discussing real issues such as the monetary system, restoring freedom and privacy, and ending the aggressive wars. And before I could mention his name, he blurted out “Ron Paul?”

Later that same night, I joined two fellow family travel bloggers for some beers at a local pub. One is a website developer from Australia, and the other is an economist from Canada. Both have been keeping a home base in Malaysia for many months and work remotely. Again, after talking of world events, the topic turned to American politics. Each of my drinking companions displayed a surprising level of understanding of how our system works; the two political parties, the Federal Reserve, and so much more.

As some of the problems facing America became agreed upon, they leveled their focus on me to see if I thought which presidential candidates would make a difference, if any. Yet again, I said there’s only one guy speaking of the issues we just discussed; and before I could name him, the Canadian chimed in with “Ron Paul?” And the Australian said “who, the Libertarian?” 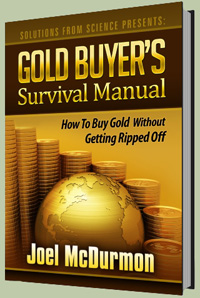 This level of recognition not just of U.S. politics in general, but of Ron Paul was nothing short of stunning to me. Especially when earlier in the night, when I first met the Canadian, I asked what part he was from and he said “Ottawa.”

I ignorantly inquired “is that on the Eastern side?” And he chuckled a bit and said “No, it’s sort of in the middle and is actually the capital of Canada.”

To which, in self-deprecating fashion, I replied “You know us stupid Americans don’t know our own geography in North America.”

And that’s perhaps why I was surprised by their level of knowledge about America, because of my ignorance of a country that bordered where I grew up, and which I even visited on two occasions.

However, Americans’ centric view of themselves may not be completely without reason. In fact, after my gratifying conversations with these travelers, I realized that America is still the big elephant in the room that everybody notices when it moves.

They may not know all of the small details about local legislation or political bickering, but they notice the big moves that send ripple effects across the globe like the wars and the fact that oil trades in U.S. dollars.

And that seems to be why they know who Ron Paul is, because he’s the only one talking about bringing about peace by ending the U.S. involvement in foreign wars; and is the only one who seems to understand how devaluing the dollar affects every economy in the world. One thing is for certain, Ron Paul has not just gained recognition by foreigners, but respect as well.

You can support this article by voting on Reddit: http://www.reddit.com/r/Libertarian/comments/r6rug/ron_paul_is_respected_around_the_world/