I have a right to ingest/smoke whatever I want and to explore the contents of “my own mind” in the process, so long as I am not hurting anyone else, even if it kills me.  This is a basic human right, albeit one that few people think of.

Imagine if you had the right to have a shed in your backyard, but you didn’t have a right to explore the contents of that shed.  That would be a little insulting, wouldn’t it?

Those who want to limit our mental exploration are to be held highly suspect.  Those same people, for instance, often advocate that perfectly normal and healthy individuals go on 7 psychotropic pharmaceuticals at the same time.  Limiting access to information is usually a form of domination.

We don’t truly have access to our own minds right now.  Some of us do, but there is a huge effort to dumb all of us down and re-engineer us.  Fluoride in our water supply destroying our third eye (pineal gland) is just one of many examples of this.

Decriminalization of pot has been a sad effort to appease control freaks.  I see no reason to demand anything short of full-on legalization (of all drugs).

The nanny-state should get off of our backs.  Waving its finger, the state pretends it’s looking out for our best interest, but half the time it’s dealing the very drugs that it’s punishing people for possessing. Drugs are prohibited in order to instill a monopoly (e.g. coke/heroin) and/or to mold a society’s consciousness (e.g. magic mushrooms, LSD, DMT).

State-owned education and the mainstream media are the mouthpieces of the government, and that is bad enough, but we should now (or sometime soon) also deal with the reality that social engineers have prohibited specific substances precisely because those substances have, for thousands of years (in many cases), helped people become more self-aware, helped people discover that the ego is an illusion, and that the true self knows no borders.

Whether this discovery happens rapidly via a deep introspective journey fomented by a heroic dose of magic mushrooms, or whether a slower but slightly similar process unfolds over time with the aid of the occasional toke of a flower that allows one to relax and decompress, the name of the game is self-discovery — and elites seem to passionately hate this game.

While this is technically an insane and sinister state of affairs – and, of course, those guilty should be held accountable – I personally think we need to clean up our act a little bit and look in the mirror, especially with respect to how we treat each other and how we dominate the other creatures that inhabit this planet. 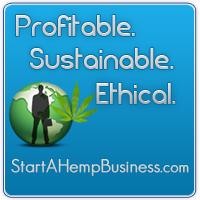 If you are one of those people who puts their blind trust in government, you might find yourself at a soccer riot, filled with rage, fighting with someone over a ball going into a net, ignoring the true culprits behind the shaping of your depressing life, all just because you listened when they (government/society) told you “we know what’s best for you”.   You are being spoon-fed what to hate and are no longer in control of your emotions.

The pharmaceutical industry makes more money when people are ignorant of the fact that marijuana & hemp can replace a lot of the “traditional” drugs out there (and indeed, hemp does represent a massive threat to the oil industry as well). But at the end of the day, elites are really giving each other high-fives over the fact that they’ve more-or-less successfully banned one of the most amazing plants in the world.

Pot is illegal because pot is absolutely amazing and has the ability to dramatically improve many different aspects of our lives in a variety of different ways.

It’s great that people are fighting so hard for patients to be able to get effective medicine, but where does that put those of us who just want to have a good time with that same medicine?  And wouldn’t those who want their medicine also benefit from the efforts of those who want total freedom to enjoy that which is harmless?

Do I have to sit here and wish I get cancer or some other serious ailment just so I can one day finally enjoy smoking a joint in peace?  This is absurd.

Comedian Doug Stanhope eloquently echoes my initial point, that the real problem is one of individual rights:

If you’re gonna have a pro-drug argument, start the argument where it starts: I have the right to do what ever the hell I want to my own body, if it kills me slowly, happy for me, f*ck you, ‘clack clack’ (miming a pump-action shotgun) stop me!

Some people are trying to compromise the issue of marijuana legalization with proposals to decriminalize drugs and have special drug courts to deal with addicts.

A Drug Court For Pot?

One article on a website that I fully support and respect, Natural News, states:

Ideally, marijuana possession should be de-criminalized to free up law enforcement resources for more important tasks (and to take the ego out of the DEA, which is a rogue government agency gang that openly violates state law).

Barring that, the next best option is to pass state laws that put marijuana possession under the jurisdiction of a drug court, not a criminal court. In fact, this idea of approaching drug possession from a health care point of view (rather than a criminal point of view) works for all street drugs: meth, heroin, cocaine, etc.

Later the article elaborates on the drug court:

Drug problems needed to be treated in a “drug court” where court options include:

My first thought is, “are you joking?” All that punishment for a plant that’s beneficial to humans?

My second thought is, “why not make all drugs legal?”

Freedom is an all-or-nothing thing.  You can’t be a half-slave.

The current marijuana situation is a joke.  The whole drug war is a joke.  They ship the narcotics in and then bust us for using them.  There’s no bargaining with these people.  If you give them an inch, they’ll take a mile.

As many people have pointed out, decriminalization is a flimsy concept.  I almost find the concept offensive.  It’s saying you can have “small amounts”.  What a tease!  There is no dignity in decriminalization and it only delays the inevitable.

We cannot reasonably hope to reclaim our humanity while simultaneously allowing others to use every excuse they can come up with to dictate the parameters of our behavior and mental exploration.  We do not need to be treated like infants.

For full extended version of this article please CLICK HERE

Amir Alwani is a psychonaut who makes metal, electronic and hip-hop music.  He is also the founder and editor of the online independent media outlet known as Potent News.

Be the first to comment on "Decriminalization is a Farce, It’s Time to Legalize All Drugs"