Almost 4.5 million Americans, or near one third of the unemployed, have been out of work for one year or more, setting a new and somewhat disturbing record.

When individuals are removed from the workforce for a year or more, their skills tend to decline, especially in skilled labor positions.

Workers’ professional networks and connections shrink with age and companies avoid hiring them.
It is a feedback loop, a vicious circle, which shows no signs of abating.

Employers view long-term unemployed as riskier hires since they might require additional training and are unlikely to take on such risks while the economy is still as weak as it is and recovery is sluggish.

If unemployed people who have been out of work for a long period of time are actually able to find a job, a Congressional Budget Office study showed that, on average, they will earn 20% less than they did before.

With the number of food stamp recipients breaking 45 million (a national record) in May and unemployment benefits being extended to a whopping 99 weeks in states with leading unemployment rates, the pressure is considerable.

Not to mention workers with health problems who fall back on government disability programs, older unemployed individuals who often begin to take their Social Security benefits earlier than they otherwise would, and the lower pay which workers receive which means less tax revenue and less spending.

In no economic recovery in American history have such a large proportion of unemployed persons been out of work for such a long period of time.

While there have been so-called jobless recoveries in the past, never have statistics painted such an ominous picture.

Even if the economy picked back up and employers began hiring, economists are saying that the prospects for employment are not going to be improving much, according to the Associated Press.

Economists are predicting that the federal government’s monthly job report will show roughly 56,000 additional jobs in September, falling far short of the numbers required to impact the unemployment rate.

The official current rate of unemployment in the United States is 9.1%, while more inclusive statistics put this much higher.

In order to keep up with the growth of the workforce and keep unemployment rates stagnant, 125,000 new American jobs would need to be added every month.

A staggering 250,000 U.S. jobs would have to be added every single month for the 9.1% official unemployment rate to be lessened.

Chronically high unemployment was called a “national crisis” by the Chairman of the private Federal Reserve, Benjamin S. Bernanke last week, signaling just how serious this problem is.

Others call it “a serious threat,” like chief economist at Moody’s Analytics, Mark Zandi.

Zandi told the Associated Press that, “A growing proportion of the labor force is becoming disenfranchised.”

When economists are calling the disenfranchised labor force “a serious threat” we might want to start paying attention.

Department of Labor statistics now reveal that for approximately the past year and a half, about 33% or one in three unemployed Americans have been unable to find work for at least one year, which is more than double the last spike post-recession in 1981-82.

The high level of unemployment we have been experiencing since the recession supposedly ended in 2009 (which is debatable) is the longest since WWII, and people are struggling to determine where we can go from here.

Some economists are saying we need to permanently lower the Social Security tax, others advocate replacing it with a sales tax, Obama wants tax breaks for companies that hire and a ban on discriminating against long-term unemployed in the hiring process.

Whatever it is, it has to be drastic, at least that is what most economists are now saying.

For instance, Steven Davis, a University of Chicago economist, told the Associated Press that “We’re in uncharted territory”.

An Amherst College economist, Brian Belthune, says, “[Y]ou have to do something dramatic. […] It cries out from some fairly significant change.”

Meanwhile, the Labor Department is saying that the initial unemployment claims for the week ending October 1st rose by a considerable 6,000, totaling a seasonally adjusted 401,000. 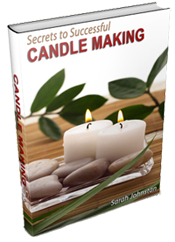 One might see this as a slightly positive statistic given that a MarketWatch survey of economists pegged expected applications to rise to 410,000.

The classical wisdom said that numbers above 400,000 were a signal of a recession, but a senior economist at RBS Security Inc. told The Los Angeles Times otherwise.

Girard claims that this adage is no longer applicable although no new threshold has been put forth to replace it. This is while she says that any continued rise from current numbers “would be an early warning of renewed contraction in the economy.”

Yet there are no signs of acceleration in hiring given low consumer spending, the U.S. and Eurozone debt crises, and perpetually volatile stock markets.

Bernanke echoed this when he said that improvements in the job market are not likely and that what meager economic recovery we have seen could fade.

What if 4 million joined the Occupy Together protests sweeping the nation? I think that would constitute “a serious threat” to the banking industry, the private Federal Reserve and the Wall Street criminals.

I sincerely hope that these disenfranchised people will not turn to looting, violence or other forms of criminal behavior out of desperation, but instead turn their sights on those responsible for their plight.

If America can turn what Bernanke called a “national crisis” into a massive push against the corrupt Federal Reserve, the criminal and predatory lending practices of banks, and the intimate relationship between Wall Street and Washington, maybe we could witness a “national crisis” become a national rebirth.

What do you think? Do you have a story to tell? Please e-mail me at [email protected] and share your experiences. You very well might be featured in my next story!