You keep trying to make us believe you are “committed to sustainable agriculture” with your canny advertisments on American Public Media, even as you force-feed farmers your lab-grown Frankenseeds that expire every year (which are, let’s be honest, opposite of sustainable).

But we shouldn’t be surprised by the mixed message, should we? After all, you’ve been doing this for decades. With long-running corporate sponsorships, like Disney’s Tomorrowland, building reserves of goodwill as you spray us with DDT, it’s clear you’re entitled to send out products into the world with nary an environmental or health concern—just as long as you spend a bit of that hard-earned cash convincing us otherwise.

On that note, let’s take a quick look at some of the biotech giant’s most dubious contributions to society over their past century in business.

Monsanto burst onto the scene in 1901 with the artificial sweetener saccharin, which it sold to Coca-Cola and canned food companies as a sugar replacement.

But as early as 1907, the health effects of the sweetener were being questioned by Food and Drug Administration (FDA) scientists.

“Everyone who ate that sweet [canned] corn was deceived,” said Harvey Wiley, the first commissioner of the FDA. “He thought he was eating sugar, when in point of fact he was eating a coal tar product totally devoid of food value and extremely injurious to health.”

After enjoying decades of unfettered consumption, the sweetener was slapped with a warning label in the ’70s when it was found to cause cancer in lab rats.

A subsequent three-decade effort by Monsanto to reverse the decision finally won out in 2001. After all, how could a product derived from coal tar not be safe for consumption?

By the ’40s, Monsanto had moved on to oil-based plastics, including polystyrene foam (also known as styrofoam).

This cup will be still be here in a thousand years.

As most of us are aware by now, polystyrene foam is an environmental disaster. Not only is there nothing out there that biodegrades it, it breaks off into tiny pieces that choke animals, harm marine life, and release cancer-causing benzene into the environment for a thousand years or more.

“Polystyrene foam products rely on nonrenewable sources for production, are nearly indestructible and leave a legacy of pollution on our urban and natural environments,” said San Francisco Board of Supervisors President Aaron Peskin in 2007. “If McDonald’s could see the light and phase out polystyrene foam more than a decade ago, it’s about time San Francisco got with the program.”

Despite the ovewhelming evidence against it, the noxious containers are still pervasive elsewhere around the country. Amazingly, they were even voted to be reintroduced into House cafeterias by Republicans earlier this year.

First developed as an herbicide and defoliant, Agent Orange was used infamously as a military weapon by the U.S. Army during Vietnam to remove the dense foliage of the jungle canopy.

In the process, they dumped over 12 million gallons of the potent chemical cocktail—described by Yale biologist Arthur Galston as “perhaps the most toxic molecule ever synthesized by man”—over towns, farms, and water supplies during a nine-year period.

“When [military scientists] initiated the herbicide program in the 1960s, we were aware of the potential for damage due to dioxin contamination in the herbicide. . .,” said Dr. James R. Clary, a former government scientist with the Chemical Weapons Branch. “However, because the material was to be used on the ‘enemy,’ none of us were overly concerned.”

According to the Vietnamese Ministry of Foreign Affairs, that lack of concern led to 4.8 million exposures to the herbicide, along with 400,000 deaths and disfigurements and 500,000 babies born with birth defects. 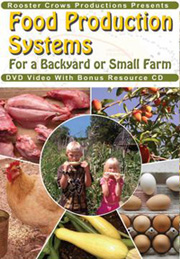 Did you know the United States is the only developed nation that permits the sale of milk from cows given artificial growth hormones?

Nothing like the taste of hormones in the morning.

With the lone exception of Brazil, the rest of the developed world—including all 27 countries of the European Union, Canada, New Zealand, and Australia—has banned growth hormone use in milk destined for human consumption.

Why all the lact-haters? Milk derived from hormone-injected cows shows higher levels of cancer-causing hormones and lower nutritional value, leading even the most stubborn U.S. courts to rule in favor of separate labels for hormone-free milk.

According to the Center for Food Safety, thanks to increased consumer demand (and certain movies), approximately 60 percent of milk in the U.S. is rBST-free today.

Not content to do mere incidental damage to the environment, Monsanto decided to get to the root of the matter in the ’80s: seeds.

But with much fuss being made over the company’s aggressive scare tactics and rampant mass-patenting, the biotech giant has, true to form, fought back with a multimillion-dollar marketing and advertising campaign featuring smiling children and making outlandish claims that “biotech foods could help end world hunger.”

“Unless I’m missing something,” wrote Michael Pollan in The New York Times Magazine, “the aim of this audacious new advertising campaign is to impale people like me—well-off first-worlders dubious about genetically engineered food—on the horns of a moral dilemma…If we don’t get over our queasiness about eating genetically modified food, kids in the Third World will go blind.”

What’s clear is that no matter what its justification, Monsanto is a) never giving away all these seeds for free; and b) rendering them sterile so that farmers need to re-up every year, making it difficult to believe that the company could possibly have the planet’s best intentions at heart.

“By peddling suicide seeds, the biotechnology multinationals will lock the world’s poorest farmers into a new form of genetic serfdom,” says Emma Must of the World Development Movement. “Currently 80 percent of crops in developing countries are grown using farm-saved seed.”

“Being unable to save seeds from sterile crops could mean the difference between surviving and going under.”

Check out more at Takepart.com