This article was originally written for an interview with New Dissident Radio‘s Lakota Phillips on Breaking Taboo.
S. Paul Forrest
Activist Post
I remember when I was a child, I would stare into the sky at the clouds and dream of the wonders that life had in store for me.  Once, while I was watching an airplane pass over the top of our modest cabin in the woods, my father sat down next to me and asked what  I was doing.  I told him about the plane and how I wanted to be a pilot so I could soar free above the Earth.  He told me that I could be anything I wanted if I only tried hard enough.  I did work to that end, for in my lifetime anything was indeed possible.

Today though, economic and social restrictions are hampering the American Dream.  No longer is it enough to work toward our dreams, for restrictions are aplenty and entitlement is seemingly meant for only the few.  Or, at least that is the perception of so many around the world who, despite their efforts find only despair and economic agony within their dreams — or, rather, their nightmares.

In England recently, some children who had come to realize just how limited their futures are, took to the streets to physically express and impose upon those around them, the frustrations of just how devastating the fairy tale of reward for valor really is.  To these street urchins; these angry young of a society that has all but cast their class into the shadows of insignificance, violence seemed to be the only way to bring attention to their loss of hope and to bring to the discussion boards of mass media, just how screwed up our global society has become.
It is important to recognize why the riots in England occurred and how it could so very easily happen here in America. As Will Hutton has so poignantly stated:

We are arriving at a major turning point in our national life. It is not enough to talk of being tough on crime and the causes of crime. We need an entire root-and-branch reshaping of our economy and society – where both rewards and punishments are judicious, proportional and deserved, and all within a revived and larger understanding of fairness.

We, as Americans, must all work to promote fairness and to reshape our own system to not just contain social unrest through a heightened police state, but to holistically prevent it from happening culturally.

The governmental puppets of media in England and America have called these protestors thugs and vandals in order to dismiss and denounce any legitimacy to their complaints, but those of us who are not asleep; our heads not buried in the sands of propagandistic deception, know better.  We recognize that there are real problems to address and societal issues to fix if we are ever to preserve our collective freedoms.  The press seems to only concern themselves with maintaining a system of austerity in this world, but the people against whom they set these measures of mass deception are speaking their minds with fists and fury.  How long or how much will it take before they who would silence us all, listen to our growing dismay and disgust of a system that has abandoned us?  How long before those who have nothing left to lose riot in the streets of this nation?
The issue that has come to the forefront in the unrest of England and other countries is a symptom of the ongoing struggles of downtrodden people across America today.  Austerity; that policy of deficit-cutting by higher taxes, lower spending, and a reduction in the amount of benefits and public services provided, is a measure which is inundating our fiscal policy and domestic provisions, leaving many Americans and global citizens who have worked their whole lives to provide for their families, literally out in the cold and without hope.
In light of the riots in England, Prime Minister David Cameron debased the rioters for “a complete lack of responsibility, a lack of proper parenting, a lack of proper upbringing, a lack of proper ethics, a lack of proper morals”.  Has dissidence become a measure of morals, then?  Wouldn’t it be more appropriate to blame the system and the deprivation of these people and question its morals and its ethics? According to Cameron’s description, total acceptance of the emerging caste system and continued loss of our civil rights, or even the right to survive in a world held captive by a Global Fascist State, would be unethical behavior and a sign of “improper upbringing”.  Forgive me if I disagree with that particular, political delusion: one shared by many who profit from misery.
In America as well, “popular” media describes dissidents as socially indignant, reprehensible and in some cases, unpatriotic.  Whenever a person stands up and questions our government’s lack of representation, its secrecy, hypocrisy, their hand in the slow decay of our social structure, and the imperialism spread by our nation, they are described as loud mouths or disruptors of the peace. 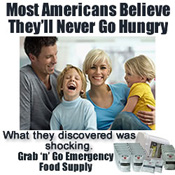 As is to be expected in a system dominated by faux-patriotism and the desire to destroy our Constitutional right to peaceably assemble and our freedom of speech, the powers-that-be are doing everything possible to quell any movement against their march toward propelling American ignorance in order to denounce our collective voices of protest and true patriotism. The current governmental regime and their media mouthpieces will have us all believe that actions toward preserving our Constitutional and human rights are signs of some social illness, rather than a conscious movement to preserve global liberty.

As an example of how this phenomenon of media-driven social psychosis has infected our American state of mind as it pertains to our right of freedom of speech, Ray McGovern was assaulted by security when he stood up and turned his back on Secretary of State Hillary Clinton while she was speaking, ironically enough, about free speech being suppressed in Muslim nations.  Similarly, activism across this nation has been met with condemnation or labels of domestic terrorism and anti-patriotic dissent.  People who speak out are attacked and condemned while we stand silent en masse, doing nothing.
Phil Rockstroh has made the following statement on this subject of austerity:

We exist in a culture that, day after day, inundates its have-nots with consumerist propaganda, and then, when the social order breaks down, its wealthy and bourgeoisie alike express outrage when the poor steal consumer goods — as opposed to going out and looting an education and a good job.

Under Disaster Capitalism, the underclass have had economic violence inflicted upon them since birth, yet the corporate state mass media doesn’t seem to notice the situation, until young men burn down the night. Then media elitists wax indignant, carrying on as if these desperate acts are devoid of cultural context.

In America, austerity is attacking the very core of our national character.  In these times, when jobs are being exported, and corporations are receiving governmental personhood and less taxation while reaping record profits, the people are paying the price.  We have become chattel to provide the elite riches and privilege while we live on the brink of insignificance. Our futures lay on the edge of oblivion with the elimination of domestic manufacturing, loss of jobs, and the destruction of social safety nets in the name of budget balancing.  Of course, the corporate welfare system remains in tact, as does the war effort to control the Middle Eastern capitalist interests.
Mario Savio, an activist best known for his speech on the steps of Sproul Hall, as part of the Free Speech Movement had boldly said the following of the corporatist machine in the shadow of the oppressive nature of the 60s, a heated time when the people of this nation had begun awakening to the same austerity we struggle against now:

In the wake of this machine, this measure of austerity is raping our American Dream.  Our Global Realm is one of corporatism and self-servitude exhibited by those who are supposed to be representing us, but have long since set off on a journey to only represent their masters or industry.  This has spawned movements like Anonymous, which is taking the Internet by storm.  Their recent declaration of war on the system, speaks the thoughts and represents the angst permeating through our social structure.
I suppose the saddest part of the1960s Era of freedom movements and related protests against the in-place system of oppression was that it ended.  Today, though, we again are awakening — albeit forcefully — to the destructive nature of the same mechanisms designed to put the few before the many.  Hard work is rewarded in the New American Way; with dreams trampled to dust, while fear of a growing police state keeps silent those who would otherwise feel free to speak out against a government which no longer represents us.
All I hope for in this life, at this stage in my own, is to someday be able to sit next to my own son or daughter and tell them what my father once told me about hard work and perseverance. The new American Dream is one where we dream or reminisce of a time when we could speak out.  Or has it become the American Nightmare where we face the impending destruction of our collective freedom and have only hard times to look forward to? Given today’s situation of quickly degrading social structures and ever-increasing caste systemics, I can’t help but feel that if I said the same words to my children that my father once said to me of hard work rewarding them with success, I would be lying.