I love a great conspiracy theory… in fact I lived for and through them. I was raised questioning the Kennedy assassination, the lies of Watergate, the downfall of the Church to sexual abuse and cover ups, Monica and the dress, and a host of other amazing things like crop circles. Yet nothing comes close to the frenzy around 2012. December 21st, the point when we align with the dark rift of the galaxy on solstice… even though we have been aligning with it for generations, just not in a grand cross and with such an auspicious moment as sunrise on the mythological date related to the rebirth of the sun… hummmmm…..

We have been coopted into this new belief of the end with all the vim and vigor of a coke advertisement campaign or the depth of political slogan like “yes we can.” Who else will write a book and sell it using 2012 to line their pockets with cash, and who will buy it hook line and sinker? What is so amazing is the outrageous bandwagon effect of this pin pointed place in the unknowable future. Is anyone aware of the history of the end of the world??? Yes there is actually a history of the end times, predicted over and over and over.

When Yeshua ben Joseph missed his re-arrival date in 1000ad it nearly brought down the church with abuse and scandal (sound familiar?). The end times were being predicted within Yeshua’s time as well. Records point to the imminence of the end times year after year for over 2000 years. Yeshua supposedly predicted the end of the temple and in 70ad which the newly forming leadership of the cult of Yeshua used to prove their prophet true. The Roman end of the temple became the back dated and then quoted proof of Yeshua’s divinity ad absurdum.

There was also this guy William Miller and the Millerite movement. He predicted from personally reading and interpreting the scripture that Yeshua would return spring of 1843.. ops wrong, he meant summer 1844, ops, wait a minute, it was October 22nd 1844… A whole host of people sold everything and got ready for the rapture. Nothing happened. So the predictions were shifted and changed. Now you would think that after so many obvious failures, that the movement would just disappear into the woodwork and you would not be reading William’s name here, but nope, the movement grew. In fact the more he got it wrong the more the movement grew until it became a church founded on the principles of the 144,000 being chosen to head to heaven – it’s called 7th day Adventism.

So here we have the exact same energy wrapped up in a different bow but with a new age twist and a turn around the bend, a prophet, now dead, who took loads of entheogens to prove a pattern that was there already, but now is really immanent… (in fact “the future is determining the past” he said – Time Wave Zero) And on top of all of that there is the follower who became a leader after tons of ingestions who calls people to evolve when in reality it’s the same old thing wrapped up in a new wrapper…. Are you evolving because of this new prediction???? Really evolving? Changed any genetic markers or truly given up something for the greater good? Think, now think… darn, you reacted and are reacting to this… (you should, and you should really think about it)

Oh but please, don’t get so down… it’s not like we have not been addicted to this drug for hundreds of years. Maybe not be the dominant paradigm of a 2000 year old religion, but wait, let’s look at a culture which damn near forgot their own calendar and resurrect the 2012 date and feed it back to them so they could benefit from eco-spiritual tourism at its finest. Not to bash the Maya, I am not, love them dearly, rather that the date was lost in codex that no one read for over a hundred years, and the date only occurs on one monument which was the obsession of a king called Lord Jaguar. And even then, the knowledge of 2012 was a secret, part of a hidden sect and the majority of Maya in that century did what the majority of Maya are doing today, living and doing their best day to day. 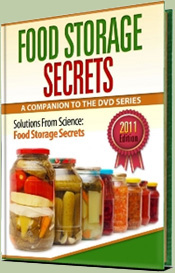 Okay, you get my point. What will you be doing December 22nd 2012? Bummed out from all the ecstasy and ayahuasca or dmt or peyote? Or will we be on the grand and glorious space ship off to yet another planet to consume it to oblivion? “Calgon take me away!”

Real movements, real evolution is counted in long terms with long movements filled with thousands of small decisions along the road. 2012 is the great distraction, the great bandwagon, the spiritual materialist trap of the moment. We will awaken on the morning after and realize that Y2K was a flash in the pan, a manipulation of madness and dependence on a machine we thought was going to be a tool. I am being sarcastic, of course, thickly so.

The hard part about the study of history is that those of us who really do remember the past are condemned to watch those that deny it repeat the patterns that are so obvious to us. 2012, 1984, Y2K, the Rapture, the myth of end times… all that will do is leave us empty on the plains of Meggido twiddling our thumbs and asking, “What Now?” We were not given brains in our heads to, like lemmings, run off the cliff just because someone pointed towards the sun. We were given brains to doubt, to wonder, and to use our practical senses to choose more wisely the next time round the bend.

I really hope that everything people are attributing to the 2012 movement will actually come true, we will dawn the Aquarian age and dawn into peace, love and joy… hum, heard that one before too. Most of this I call the work of the predator, but ouch, too scary to really look at the creature behind the curtain distracting you with fire and brimstone. But my real desire is to be a part of real change, real growth and real movements that have guts….

Are you evolving? Or are our leaders just pointing backwards through the doorway we keep moving through over and over again?

Read more informative and inspiring posts at Evolver.net and join the community today.