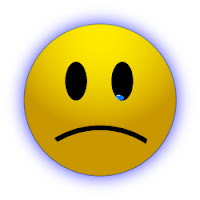 In a widely covered interview last Wednesday, the CEO of Wal-Mart, Bill Simon, warned that “U.S. consumers face ‘serious’ inflation in the months ahead for clothing, food and other products.” He noted: “We’re seeing cost increases starting to come through at a pretty rapid rate.”  Given his purview, I accept Simon’s opinion as positively disconcerting, and if inflation is to hit home in the heartland of America, it will certainly begin at Wal-Mart.

While America’s labor force struggles to regain employment and reclaim real wages, the prices of necessary products are preparing to surge, creating the uncomfortable prospect of stagflation, that dour economic phenomenon of rising prices and falling wages last seriously confronted three decades ago. It would be a toxic drink to swallow. Packaged in China for Sam’s Club, and mixed with a little Mexican Wage Gouging Tequila, this “stagarita” would leave a bitter taste in an election year. And what a hangover.

Yet, although there is asset inflation in many areas, the fact that wages are not increasing in tandem implies that this inflation must be short-lived. I speculate that we are entering a period similar to the 2008 deflationary crisis, when many asset prices spiked before plummeting rapidly without the economic strength to support the new price levels.

Besides the Federal Reserve’s QE policies, which have created this artificial asset inflation, it is my contention that China will be intimately tied to this period of stagflation now accelerating on the American consumer. (In a world of never ending game theory, even China’s action could be linked back to the Fed).

Beginning in the mid-1990s until about 2005, China exported price deflation into the United States as the country’s 1.3 billion people were gradually integrated into the world workforce.  In 2000, the United States imported $100 billion of goods from China, increasing to $365 billion in 2010.  During this time, multinational companies in search of the lower costs transferred hundreds of thousands of manufacturing jobs from the United States into China. Many accused Wal-mart of instigating the exportation of 200,000 US jobs. This phenomenon began reversing in late 2007 as all the juice had been squeezed out of lower prices.

I speculated in July of 2008 that much of the inflation hitting the United States at the time (remember oil at $150?) was the result of massive Chinese stimulus, construction, and stockpiling leading up to the 2008 Olympics in Beijing. If China had been stockpiling oil, diesel, and unleaded gasoline in preparation for the Olympics, then the sudden post-Olympics drop in demand (though small in relative terms) would have a large impact on marginal demand.

Whether or not I correctly identified correlation and causation, China’s massive slowdown commenced immediately after the Olympics. The Chinese government intervened, fostering a massive stimulus plan and construction boom (bubble) in 2009 and 2010. Now, China seems to be in a similar economic position as it was leading into the 2008 Olympics.

The end has come for China’s exporting of deflation, at least until its property bubble collapses and the country enters into its own deflationary crunch.  Unlike the United States, wages for workers in China are climbing higher. From 2005 to 2010, monthly minimum wages have increased over 300%.  Much of that increase has occurred in the last two years.  Surging wage growth in China, combined with surging asset inflation instigated by the Federal Reserve QE, has created a large increase in prices for many American consumables.

Why asset inflation will only be temporary

Just as in 2008, an even minor inflationary shock will send the United States consumer over the financial edge. This will cause price deflation to reignite as deleveraging once again becomes front page news.

Alternatively, two conditions would need to preexist for stagflation to turn into inflation (or hyperinflation) instead of deflation; namely, wage growth and/or an underleveraged economy.  The United States has neither.  In fact, real wages have recently begun to plummet at rates not seen since late 2008, a reality unlikely to reverse itself soon with very high unemployment rates and capacity utilization approaching the troughs of the 1990 and 2001 recessions. Simply put, the average American does not have a bargaining position to push for higher wages.

Without higher wages to offset any increase in asset prices, American consumers will be forced to restrain consumption and lower debt. This will cause an economic slowdown.

There exists one potential outlier. A public backlash and deteriorating trust in the Federal Reserve and the U.S. government could cause trust in the dollar to collapse.  This is an entirely different type of inflation than price inflation and deserving of its own multi thousand word editorial.  While I believe the odds are high for a dollar collapse to be the ultimate final chapter, it would appear to me that we have several more chapters to slog through before we get there.

In the meantime, Americans should prepare to take a nasty swig from the stagarita. No age limit on this one.

Be the first to comment on "A Crack in the Great Wall-mart: Watch Out for Rising Prices from China"