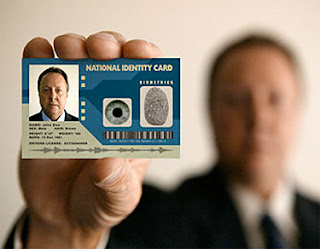 Tela Mange, Chief of Media Relations at Texas Department of Public Safety, has responded to an Infowars.com request for information on the state’s implementation of REAL ID.

The REAL ID Act was enacted by Congress on May 11, 2005, without significant debate. It modifies U.S. federal law pertaining to security, authentication, and issuance procedures standards for state driver’s licenses and ID cards.

In response to numerous states resisting compliance, the federal government has extended the deadline several times. In 2007, Maine and Utah led the way in passing resolutions refusing implementation.

According to Mange, the timeframe for implementation in Texas has changed to January 15, 2013. “DPS is planning to follow the standards established to ensure that we issue secure credentials,” she wrote in an email.

“There are no new biometric requirements,” she added in a follow-up email.

On March 1, 2007, the Department of Homeland Security issued a NPRM (Notice of Proposed Rule Making) for the Real ID Act that detailed the minimum data elements required. It did not require a state to include biometric technology in its driver’s licenses.

Mange was contacted after she was quoted by CNET News. “We’re still reading the fine print,” she said in response to a question about the status of the law and its implementation in Texas.

REAL ID was in the news this week after House Republican sent a letter to DHS boss Janet Napolitano. The republicans said that “any further extension of Real ID threatens the security of the United States.”

Unless Homeland Security grants an extension, the law’s requirements take effect on May 11, CNET notes. According to reports, DHS is considering pushing back the deadline a further 21 months to January 15, 2013.

Stock up with Fresh Food that lasts with eFoodsDirect (Ad)

Reps. Lamar Smith, Peter King, and Jim Sensenbrenner argued in the letter that federal criminal charges of attempted use of a weapon of mass destruction against Khalid Ali-M Aldawsari in Texas make implementation of the law even more necessary. “The goal of the REAL ID Act is to prevent another 9/11-type attack by disrupting terrorist travel,” they argue.