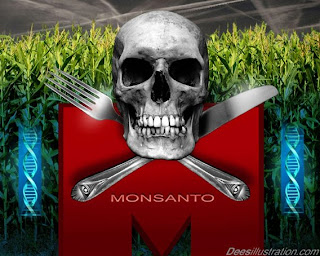 Recent reports out of India say that multinational biotechnology giant Monsanto has once against skirted the law by clandestinely planting its genetically-modified (GM) corn without receiving approval to do so. Nitish Kumar, chief minister of the Indian state of Bihar, recently wrote a letter to India’s environment minister Jairam Ramesh explaining the situation. Just days earlier, Ramesh had denied Monsanto permission to plant the crops at all.

When he discovered that Monsanto had schemed with India’s Genetic Engineering Approval Committee (GEAC) and the Indian Council for Agriculture Research (ICAR) to plant genetically-modified (GM) corn without official approval, Kumar was outraged. Kumar had previously written a letter to Ramesh reinforcing his opposition to the GM corn, and shortly thereafter Ramesh asked GEAC to block Monsanto’s corn plantings that it had first approved back in December.

But it turns out Monsanto continued to plant its GM corn at several locations in Bihar, as well is in several other Indian states, even as final approval was still pending. And GEAC and ICAR appear to have been onboard with Monsanto’s agenda all along since they allowed the company to continue with its experimental plantings.

“This is absolutely shocking, coming as it does under the shadow of the review of Bt brinjal, the first (GM) food crop to be introduced in India. It is deceitful,” said Suman Sahai of Gene Campaign, a grassroots organization working to protect local control over genetic resources and food sovereignty. “Permission has been given surreptitiously. This is not right. We strongly oppose it. The permission should be withdrawn for all States, not just Bihar.”

Sources for this story include:
http://timesofindia.indiatimes.com/…
http://www.thehindu.com/news/nation…