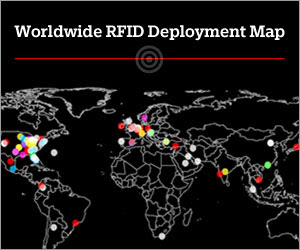 The production of the RFID chips, an integral element of the new generation of German identity cards, has started after the government gave a 10 year contract to the chipmaker NXP in the Netherlands. Citizens will receive the mandatory new ID cards from the first of November.

The new ID card will contain all personal data on the security chip that can be accessed over a wireless connection.

The new card allows German authorities to identify people with speed and accuracy, the government said. These authorities include the police, customs and tax authorities and of course the local registration and passport granting authorities.

German companies like Infineon and the Dutch NXP, which operates a large scale development and manufacturing base in Hamburg, Germany are global leaders in making RFID security chips. The new electronic ID card, which will gradually replace the old mandatory German ID cards, is one of the largest scale roll-outs of RFID cards with extended official and identification functionality.