Comment:  I thought that a leader behaving without Congressional oversight was called a dictator.  And of course this new bill is sponsored by Joe Lieberman — the TYRANNYsaurus Rex 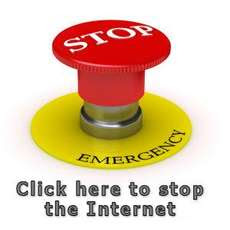 President Obama will be handed the power to shut down the Internet for at least four months without Congressional oversight if the Senate votes for the infamous Internet ‘kill switch’ bill, which was approved by a key Senate committee yesterday and now moves to the floor.

The Protecting Cyberspace as a National Asset Act, which is being pushed hard by Senator Joe Lieberman, would hand absolute power to the federal government to close down networks, and block incoming Internet traffic from certain countries under a declared national emergency.

Despite the Center for Democracy and Technology and 23 other privacy and technology organizations sending letters to Lieberman and other backers of the bill expressing concerns that the legislation could be used to stifle free speech, the Senate Homeland Security and Governmental Affairs Committee passed in the bill in advance of a vote on the Senate floor.

In response to widespread criticism of the bill, language was added that would force the government to seek congressional approval to extend emergency measures beyond 120 days. Still, this would hand Obama the authority to shut down the Internet on a whim without Congressional oversight or approval for a period of no less than four months.

The Senators pushing the bill rejected the claim that the bill was a ‘kill switch’ for the Internet, not by denying that Obama would be given the authority to shut down the Internet as part of this legislation, but by arguing that he already had the power to do so.