The fluoride lawsuit has been delayed again following the release of emails which show leadership within the U.S. Department of Health and Human Services intervened in the release of a crucial study on fluoride’s toxicity.

On Thursday January 10, Judge Richard Chen ruled against a six-month delay, in favor of a three-month delay, in the nearly decade-long legal battle between the U.S. Environmental Protection Agency (EPA) and the Fluoride Action Network (FAN). Judge Chen and the parties agreed to a status hearing for April 11th.

“FAN is pleased that the Court rejected the EPA’s renewed request for a 6 month delay of the trial. The EPA’s callousness towards the millions of U.S. children currently at risk of neurotoxic harm from fluoridation ought to concern every parent, grandparent, and future parent,” Jay Sanders, FAN’s Education & Outreach Director, told The Last American Vagabond (TLAV).

While the latest hearing did not reveal anything new to the public or the court, it did shed more light on the recent controversy over emails which indicate that the highest levels of the U.S. government’s health departments intervened to stop the release of a review of fluoride’s toxicity by the U.S. National Toxicology Program. Specifically, the emails state that Assistant Secretary of Health (ASH) Rachel Levine and National Institutes of Health Director Lawrence Tabak put the NTP monograph on an indefinite hold.

The EPA told Judge Chen that he should not set a date for a new trial where the evidence can be heard again and a ruling can finally be made. Michael Connett, lead attorney for the Fluoride Action Network, was attempting to convince Judge Chen that there were no good reason to continue delaying a ruling, and instead a new trial date should be set.

The crux of Connett’s argument was that scientists at the NTP and external reviewers believe the NTP monograph on fluoride has been ready for release since May 2022. He also argued that based on the fact that the case has already been delayed since August 2020 there is little evidence that further delaying the process will lead to the release of the NTP monograph and a ruling from Judge Chen.

As TLAV recently reported, Connett obtained emails between scientists at the NTP and the Center for Disease Control and Prevention (CDC) via Freedom of Information Act request. It is these emails which state that ASH Levine and NIH OD Tabak blocked the report from being released.

“EPA’s motion does nothing to address this concern. Instead, EPA’s motion, and Dr. Woychik’s new declaration, demonstrate the unlikelihood of HHS leadership ever authorizing release of an NTP report that conflicts with HHS’s policy interests on fluoride,” Connett writes in a recent court filing. 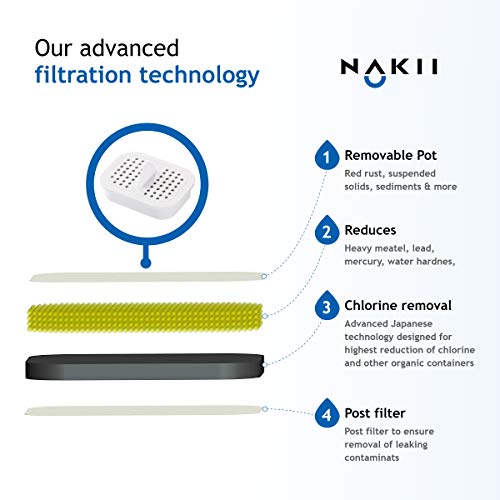 Dr. Woychik filed a declaration with the EPA’s recent motion where he claims responsibility for blocking the release of the NTP monograph. Woychik and the EPA are calling for additional reviews and a recommendation from a little known bureaucracy, the Board of Scientific Counselors (BSC).

“As EPA notes, Dr. Woychik ‘will make a final decision whether to publish the State of the Science Monograph’ after receiving the recommendation of the Board of Scientific Counselors (BSC),” Connett wrote. Connett argued that this might be “overly optimistic” because it “assumes Dr. Woychik has the power to release a report that clashes with HHS’s policy interests.”

As to whether Woychik actually made the decision to block the report or he chose to falsely claim responsibility, Connett states, “While Dr. Woychik claims responsibility for making the decision to quash the report in May (as opposed to the unenviable task of publicly blaming his superiors), contemporaneous email communications show that the decision was made by his boss, HHS Assistant Secretary of Health Rachel Levine”.

As TLAV previously reported, an email from the CDC dated June 3, 2022 stated, “ASH Levine has put the report on hold until further notice.”

Connett noted that the BSC itself is not known for transparency. He said neither the NTP nor NIH has publicly announced the existence of such a group or the identity of its reviewers.

While the EPA argued for Judge Chen to delay the start of a new trial for at least six months, the agency’s attorney repeatedly admitted they could not give a timeline of when the NTP monograph might eventually be released.

“Optimistically, we might have a final report — if Dr. Woychik approves its release — and that’s a big if, within a year,” Judge Chen told the EPA at the hearing.

At one point during the hearing, Connett reminded the judge of the “unusual process” the monograph has been through, with multiple reviews, and the experts concluding it was ready for release. When Connett attempted to explore the issues of the emails, which show the NTP scientists stating the monograph was set for release, Judge Chen interrupted.

“Yeah I know, I am familiar with the briefs you submitted, and the narrative you believe. But the NTP study is not finalized even if you feel we have enough evidence,” Chen told Connett.

When Judge Chen asked Connett his thoughts on Dr. Woychik’s declaration, Connett once again brought up the issue of interference by the HHS and NIH.

“Clearly we have seen that higher authorities within the HHS have the ability to influence Dr. Woychik’s decision on the report,” Connett stated. Connett also pushed the issue of obtaining comments from officials within the HHS. In his declaration Dr. Woychik claimed it is these comments, from unknown officials at the HHS, which lead the HHS to put the monograph on hold. The EPA told Judge Chen these comments should be privileged and not allowed as evidence in court or made public. Connett countered that the comments would “basically eliminate the need for the NTP to complete this unusual and never ending process because the court would have the NTP documents, and the criticism from the individuals who promote fluoridation.”

Ultimately, Judge Chen agreed to allow Connett and the plaintiffs to file discovery to seek the comments and then allow both sides to argue their case before a decision is made. Chen said he is likely to set a new trial date at the April 11th hearing.

“We expect the court will grant our request to unseal the NTP report some time before the next scheduled court conference hearing on April 11, 2023,” Jay Sanders with FAN stated.

In addition to the evidence of interference from leadership within the HHS, Connett also noted that although the NTP failed to release the final edition of the monograph on fluoride to the public, it shared the report with the American Dental Association (ADA), the nation’s largest lobbying group on fluoride issues.

The Last American Vagabond will continue to report updates on the fluoride lawsuit.

Be the first to comment on "Following Revelation of Interference by ASH Rachel Levine, Federal Judge Pushes Next Hearing in Fluoride Lawsuit to April"