A video promoting a fictional EctoLife facility recently went viral.  It featured pods in which babies could be grown from conception to birth.  Most people, having watched The Matrix, find it profoundly creepy.

Some reproductive experts were quick to point out that, of course, this is just science fiction and that anyone worrying about this is getting ahead of themselves. Other experts, however, say that it really isn’t far off.  Our reproductive technology is getting better all the time, and moral qualms about tampering with the conception and birth process have mostly disappeared.

The dystopian novels and movies weren’t that far off.

Technology does move quickly.  When I was a kid, I thought the future would look like The Jetsons.  Sure, they predicted cell phones and video chatting.  But facial recognition tech?  The elimination of cash?  Changing birth from an organic process to a mechanical one?

Well, these things have been predicted too.  In Margaret Atwood’s The Handmaid’s Tale, the first indicator society is about to turn upside down is when the main character’s credit card won’t work, and she finds she has to depend on her husband for all financial transactions.  We saw the human pods in The Matrix, but nearly 100 years ago Aldous Huxley described a similar baby-growth facility in Brave New World.

The Jetsons was a silly kids’ show; The Handmaid’s Tale and Brave New World were dystopian novels meant to provoke reflection about the direction in which our society has been moving.  Growing babies in pods is something most of us find instinctively disgusting; yet wealthy and influential people are attempting to sell us on the safety, convenience, and how it really isn’t so bad after all.  Why?

The EctoLife video begins advertising as a way to help infertile couples conceive, and there is a need for this.  In November, Israeli scientists reported a worldwide sperm count decrease of 62% since 1973.  The same scientists had released a study in 2017, reporting that sperm counts from America, Europe, Australia, and New Zealand had dropped by 50% since 1973.  These world-class researchers have been monitoring these data for some time now and are finding that not only is sperm count decreasing, but it’s decreasing at an accelerated rate. 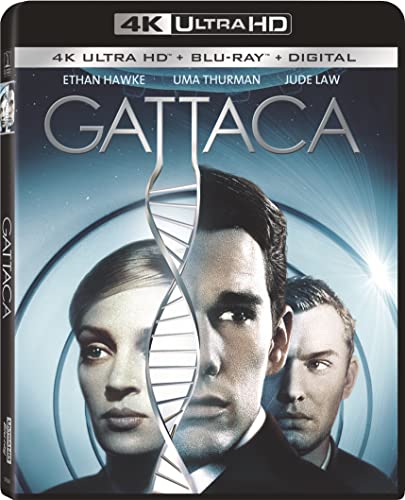 Fertility is low worldwide, for a variety of reasons.  Increased educational opportunities for women and the ability to plan families is a good thing; however, true infertility is tragic, and it’s becoming more common.

But why would we immediately jump to expensive, high-tech solutions?

Fertility may be dropping worldwide, but not at the same rate.  The EU’s birth rate was 1.5 as of 2020, far below the replacement level, while the birth rate for sub-Saharan Africa was 4.7.  One can argue whether or not this is a good thing.  I’m not passing judgment; just stating that some populations are still, on average, having larger families.

It is similar to what’s going on with Covid.  While developed nations have been experiencing wave after wave of Covid, it is largely gone from Africa.  While Africans deal with a host of other health issues, as Dr. John Campbell points out in this video featuring an African doctor practicing in Africa, Covid is not one of them.

Africans are clearly able to still have babies as nature intended and are not getting sick from a disease making citizens of developed nations severely ill.  Isn’t this at least worth looking at?  Before looking for ever more expensive and technically complicated solutions to our First World problems, can we at least look at the Third World and ask some honest questions about what they do differently?  Is it not possible that they’re doing something better?  Technological innovation is a sign of progress; it’s also entirely possible to progress in the wrong direction.

And what about genetically engineered infants?

While wanting to help infertile couples is a noble cause, the rest of the video devolves into building your perfect baby, like infants are some kind of toy set.

EctoLife pods will be designed to replicate the exact conditions of the mother’s uterus, though they also claim to offer “germ-free” environments.  Uteruses aren’t germ-free so there’s an inherent contradiction.  Another selling point is the EctoLife app so that you can monitor your baby’s development from your phone.  Parents would be able to watch the baby’s development and pick out songs for the baby to listen to, all from their phones.  Parents could also sing into the baby’s pod, if they so choose.

Genetic engineering will be a possible feature. They plan to use CRISPR technology to edit genes.  This will let parents not only weed out genetic defects, but also customize hair color and skin tone.  It’s important to note that nearly 80 years ago, Chronicles of Narnia author CS Lewis warned of genetically modified babies. Mothers will no longer have to confront the pain of childbirth; the process will occur with a push of a button.  And at the end, EctoLife will offer a free paternity test so you know the baby you take home is yours.

Many technical issues are not addressed.

The “germ-free” environment statement is significant, not only because it’s inherently false, but because it would be damaging.  All of us need regular exposure to a variety of substances for our immune systems to develop; any high school or college level biology textbook will tell you that.

And think about the last time you got an X-ray.  If you’re of reproductive age, they probably made you wear a lead apron.  Many medical imaging techniques will, after repeated exposures, have some effect and fetuses are particularly sensitive.  And, yet, EctoLife will let you look at your baby at any time?  This doesn’t make sense. There’s a reason people don’t get ultrasounds every single day.  But no thought seems to have been given to potential effects of imaging equipment.

Nowhere is there a discussion of how the mother’s body will be hormonally prepared to nurture a baby.  Motherhood isn’t a switch you just turn on. It’s a process, and shortly after giving birth most women will experience let-down, when milk starts flowing and the mother’s body is ready to feed the baby.  Maybe EctoLife assumes all babies will use formula?

Some of the claims are just silly to anyone that has actually given birth.  There’s no comparison between a lab setting with earbuds and the life of a pregnant woman. Most women are either working or taking care of other children while pregnant, which means the baby in utero is getting talked to and patted by Mom, her coworkers, and/or family for many hours a day.  Nothing can make up for the physical interactions with dozens of other people.

Our incubator technology has gotten good, and EctoLife sees itself as an extension of that.  Incubators are a blessing, for parents and babies that truly need them.  I’ve had a few close friends that have relied on incubators, though every parent I’ve known sees incubators as an emergency device, not something preferable.  A mother who wants to hold her baby will not be sold on convenience.  She won’t be sold on anything, other than the immediate need of the baby.

What about the philosophical issues of this?

And this touches on some extreme philosophical issues.  The minds putting effort into EctoLife differ profoundly from many actual parents. They state, “Our goal is to provide you with an intelligent offspring that truly reflects your smart choices.”

I have a household full of intelligent offspring, and I have a very happy home.  But my first child was conceived in a vehicle when I was in my early 20s, and no, I’m not married to the father anymore.  My offspring most certainly do not reflect any “smart choices” on my part.  They reflect the impulsivity typical of young adults.

However, despite some rocky years, painful drama, and financial struggles, we found ways to meet our children’s needs.  By owning our mistakes and focusing on the needs of the kids, the stupid decisions of our young adulthood have led to incomparable emotional rewards of our more mature adulthood.

You don’t parent via app. Why pretend in pregnancy?  None of this seems desirable to most parents, which leads us back to why?  Why put so much thought into these creepy baby pods?

Money’s the first, most obvious answer. There are people in the world who want to commodify absolutely everything.  People in the most poverty-stricken parts of the world can and do have children. All it takes is two reasonably healthy parents.

But there are an increasing number of potential parents who want everything to be absolutely perfect, and are willing to pay if they think that’ll happen.  And for anything someone is willing to pay for, there will be other people trying to provide it.

For a long time, couples conceived, gave birth, and nursed babies on their own.  Humans survived a long time without incubators and formula.  Again, incubators and formula are great when they’re truly needed, but EctoLife would take emergency equipment and make it standard.  Parents are happy when an incubator lets their preemie live, but I’m pretty sure they’d all just prefer healthy babies.  Same with formula.  It’s great for those who need it, but especially with all the formula shortages, I can’t imagine most people prefer it.

However, it isn’t the life that the powerful have reimagined.

I think this leads us to another, darker reason behind this effort to make something instinctively repulsive seem like the choice for smart people.  The past three years have seen enormous efforts on the part of worldwide governments and supra-national organizations to push everyone onto digital platforms, where they can be endlessly monitored.  It’s no secret that some very wealthy, powerful people want to completely reimagine society. This kind of technology would certainly influence who was able to “have” babies sheerly due to the price.

But of course, many of us plebes liked life before lockdowns.  We liked eating meat and conceiving children the old-fashioned way.  So these technocrats have taken it upon themselves to change our minds.  Since the publication of the book Nudge in 2008, there have been increasing efforts to nudge people’s behaviors, without them realizing it.  The Mercury Project has over $25 million in grant available to people researching how to increase vaccine uptake.  Changing behavior patterns is big business.

Our alarm bells should go off when we see ourselves being sold on something we would normally find disgusting.  Listen to your gut.  We’re being constantly bombarded with messaging, most of which is not good for us, and we need to be conscious of who is trying to sell us on what.

And maybe this should be a wake-up call, too, about our own health. I’ve already had children; I want grandchildren, and hopefully, the healthy food and lifestyle I’ve tried to impart to my kids will make that possible.  A mentally, physically, and spiritually healthy population wouldn’t want or need baby pods.

What do you think of all this?

Marie Hawthorne is a lover of novels and cultivator of superb apple pie recipes, Marie spends her free time writing about the world around her.

Be the first to comment on "EctoLife: Does This “Fiction” Foreshadow Artificial Wombs and Pod Babies?"