Fifteen-minute cities are popping up everywhere, and the World Economic Forum is wildly enthusiastic about them. Last year it was announced that Paris, France, would become a 15-minute city, and now the British city of Oxford is next. However, outraged Brits are fighting back. As reported previously at RAIR Foundation USA, the city council has announced that it will divide Oxford into 15-minute neighborhoods or small 15-minute towns billed as “greener, cleaner and safer.” To further seize control of people’s lives, globalists are pushing the false idea that these “green” cities – which make services accessible to residents within 15 minutes of their homes – will “save the planet” and help all humanity.

Instead, they are nothing more than a way for them to restrict, coerce, fine, punish, surveil, and limit the fundamental right of freedom of movement for residents. For example, residents are not allowed to leave your 15-minute city by car more than the allotted times a year. Otherwise, you will be fined. In addition, the government will track and control your every movement through your smartphones & facial recognition technology.

The “15-minute city” concept is crucial in the United Nations Agenda 2030 and their Net Zero green agenda. The World Economic Forum is also pushing this new concept. Oxford, which has declared a ‘climate emergency,’ is hoping their 15-minute cities will help achieve the Council’s ‘Net Zero carbon Oxford’ vision by 2040.”

Oxford will be divided into six zones ‘to save the planet’ from “global warming.” Electronic fences are placed on access roads to ensure residents remain within their own zone. 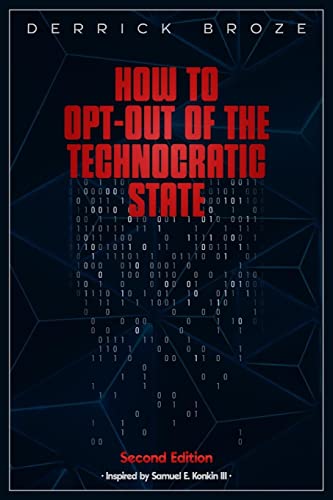 How to Opt-Out of the Technocratic State: 2nd Edition by Derrick Broze

Residents are allowed to leave their 15-minute city a maximum of 100 times a year, but then they must first register their car, which is tracked throughout the city via smart cameras.

While the initial allotment of escape tickets may seem reasonable to some, once the public accepts that the state has the right to confine you, it is guaranteed that they will add additional restrictions and fewer permits to leave your zone. This was established very clearly and quickly in many Western nations in the past few years under the rubric of Covid restrictions.

Oxford residents are furious over council plans to turn the city into ’15-minute’ controlled zones. They have been brushed away by the Council, which has ignored their displeasure.

Oxford citizens have taken to the streets, “The media is silent, of course,” writes UK journalist Sophie Corcoran. She implored people to stand with the citizens of Oxford against this type of totalitarianism.

Here are the residents of Oxford out protesting against the 15 min zone that will see them unable to move freely in their own cities.

Media silent of course. We must join them and so no to this type of totalitarianism pic.twitter.com/nq67TfRGrf