A new study published in the American Journal of Public Health revealed the number of law-abiding Americans carrying a loaded handgun daily nearly doubled between 2015-19.

The study titled “Trend in Loaded Handgun Carrying Among Adult Handgun Owners in the United States, 2015‒2019” found the number of law-abiding US adults carrying handguns nearly doubled from 9 million in 2015 to 16 million in 2019.

The authors claimed that very “little was known about the frequency and features of firearm carrying among adult handgun owners in the United States before this study. In fact, over the past 30 years, only a few peer-reviewed national surveys, conducted in 1994, 1995, 1996, and 2015, have provided even the most basic information about firearm carrying frequency.” 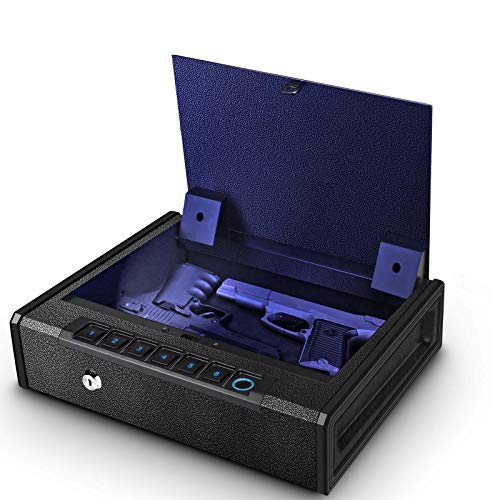 There was no explanation by the study’s authors for the rapid increase in daily handgun-carrying adults. But during the period, social unrest in Ferguson, Missouri, and Baltimore City, Maryland, as well as surging violent crime across certain metro areas, could be the reason behind the trend.

After all, an overwhelming number of respondents said they were carrying handguns for “personal protection.” “And all of these increases happened before the Covid lockdowns and the “Summer of Love” where many US cities experienced massive rioting, violence and staggering increases in crime,” firearms blog Bearing Arms said. Much of this unleashed a tidal wave of law-abiding citizens panic buying guns, even to this day, for personal protection.

And then there’s this summer’s US Supreme Court’s NYSRPA v. Bruen ruling affirmed the right-to-carry applies outside the home, which forces states to stop arbitrarily denying carry permits to applicants who didn’t meet specific requirements. This ruling has allowed millions of gun owners to conceal carry if they take a two-day class and pass a background check.

Suppose the authors were to update the study for the pandemic years and the Bruen ruling. In that case, we believe the number of Americans packing heat has dramatically increased as the country is plagued with violent crime in progressively run cities.

Data shows that not only are more gun owners carrying firearms for self-defense, but more law-abiding gun owners are carrying DAILY.

This is what happens when violent crime is on the rise across the country and #SecondAmendment rights are being attacked from every angle.