Last month the Southeastern Pennsylvania Transportation Authority (SEPTA) announced that it has decided to treat every commuter like a suspected terrorist.

According to a recent news release, SEPTA will use “ZeroEyes” to scan every train passenger for weapons.

ZeroEyes, creators of the only A.I.-based gun detection video analytics platform that holds the U.S. Department of Homeland Security SAFETY Act Designation, and the SEPTA today announced that the Authority has selected ZeroEyes for a pilot program designed to reduce the likelihood of gun-related violence on train platforms.

SEPTA will become the first mass transit agency in the country to use DHS-approved gun detectors to scan children, seniors, minorities, the handicapped, basically anyone who uses public transit.

SEPTA is the first major transit system to deploy ZeroEyes’ solution, which is used by the U.S. Department of Defense, public school districts and universities, Fortune 500 corporate campuses, and many other organizations across more than 30 states.

The DHS practice of treating every American like a suspected terrorist, which began in October 2001, has finally spread to public transit.

SEPTA’s decision to turn public transit into a mirror-image of the TSA’s airport gun-detection system is horrifying.

I say almost, because the ramifications of using former U.S. military personnel to contact law enforcement over a person carrying a suspected weapon will lead to a litany of civil rights issues and possible deaths.

ZeroEyes “Education Security” section is devoted to justifying using former Navy SEALs to look for suspicious students who might be carrying a weapon.

“I am blessed to be in a school district that has a Board of Directors truly committed to protecting the students, staff, and guests and they realize how valuable ZeroEyes is,” Robert K., Chief of Police, South Side Area School District, PA said.

Why would public transit and schools want to use ZeroEyes to monitor everyone?

“It is almost impossible for us to monitor cameras constantly. ZeroEyes is very helpful because our first responders would like to know exactly where the threat is inside the building.” Deborah Murillo, Mount Holly Police Officer and School Resource Officer said.

As ZeroEyes puts it, “the military experience of our monitoring personnel is a key component of our solution. Because they monitor every detection 24/7/365 days.”

ZOC claims their “military-trained monitoring is what sets them apart from others.”

ZOC features redundant systems to make sure it’s always up and running, including multiple locations across the country, multiple internet lines, and backup power sources. That means no matter what happens, from internet outages to natural disasters, you can rest assured our military-trained experts are on call and monitoring all systems.

Using military-trained “experts” to call the police in minutes because they think a person could be carrying a weapon is a recipe for disaster.

Do you think the officers would stop and question the accuracy of the information when a police officer receives a phone call from an ex-military official?

The outcome(s) of using a for-profit weapons-detection company to ID a person carrying a possible weapon will more than likely be met with cops arriving at the scene with their guns drawn and ready to fire: endangering the life of the suspect and those around them.

But of course none of that will be explained to thousands of innocent commuters who are secretly being turned into suspects by a Pennsylvania-based corporation that makes its money off of IDing people they think are carrying weapons.

There must be a high risk of gun violence on SEPTA that would justify treating every passenger like a suspected terrorist, right?

No. According to an article in the Patch, SEPTA Board President Pasquale T. Deon, Sr., said “while serious crimes are rare on SEPTA, evaluating this technology demonstrates the Authority’s proactive approach to security.”

Despite the lack of gun violence to commuters the SEPTA board still plans on “proactively” installing ZeroEyes in other train stations.

According to a Yahoo News article, SEPTA plans on keeping commuters safe from non-existent threats by increasing police presence on their trains, creating a virtual patrol center to monitor the surveillance camera network within the mass transit system, and promoting their Transit Watch app, which allows riders to report any safety concerns anonymously.

SEPTA’s Transit Watch app is a mirror-image of DHS’s “See Something Say Something” app that turns fearful Americans into government snitches who are constantly on the lookout for suspicious people.

Google Play describes the SEPTA Transit Watch app as “offering the public a quick and discreet method for reporting suspicious activity directly to the police.”

Because nothing says “the land of the free” like anonymously calling the police on a commuter talking loudly on their cellphone. 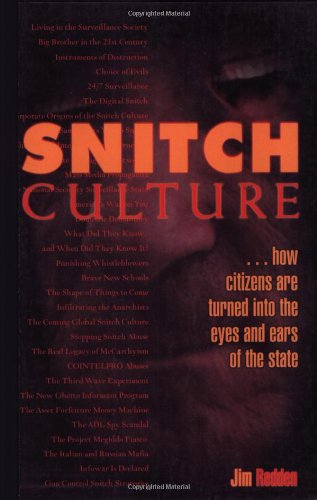 Snitch Culture: How Citizens are Turned into the Eyes and Ears of the State

Turning the public into suspected terrorists when no actionable reason exists is what created the Patriot Act and the NDAA act in the first place.

Perceived threats to the public are what keep DHS and law enforcement in business.

If the public doesn’t fight back against this blatant attack on their civil rights, then SEPTA will be the first in a long line of public transit agencies that are willing to treat commuters like potential terrorists.

Be the first to comment on "First In The Nation: Philadelphia Transit To Treat Every Commuter Like A Potential Terrorist"