The importance of a strong power grid cannot be emphasized enough. Often, when a grid fails, the results are terrifying. Of all the major power grids in the world, the United States’ is one of the more vulnerable to attack.

State-sponsored hackers from the likes of Iran, Russia, and, unsurprisingly, China pose a real threat to the United States’ electrical transmission lines. However, there’s another (far less obvious) threat to the grid: electric vehicles (EVs).

The Biden administration is desperate to consign the internal combustion engine to the dustbin of history. In this radical shift to embrace a new, zero-emissions world, Americans are being told to embrace EVs. Such an embrace, however, requires a stellar power grid, the very thing the United States lacks.

Just to be clear, the U.S. power grid (or electric grid) involves a huge network of transmission lines, power plants, and distribution centers. The United States has three major grids: the Eastern Grid, the Western Grid, and the ERCOT Grid, otherwise known as the Texas Grid. Of the three, the Eastern Grid is the largest.

Although the three grids can operate independently, they’re also connected. A failed grid means no power for tens of millions of citizens and prolonged periods of darkness. Imagine a power grid failure in the likes of Los Angeles or New York. The two cities are already riddled with crime; grid failures would make things many times worse. 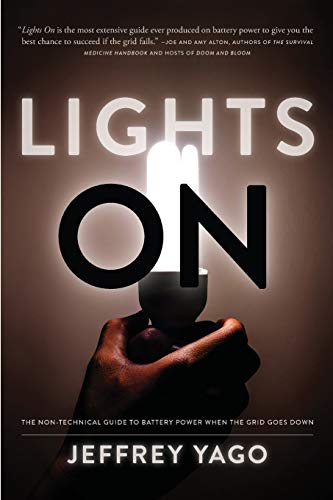 In 2018, the Department of Homeland Security announced that Russian hackers had hijacked the control rooms of various electric utilities. This allowed the hackers to disrupt power flows and cause blackouts.

Rather alarmingly, the DHS conceded that the attacks had been occurring since 2016, the same year the Russians started attacking Ukraine’s grid. Although the Russians have strenuously denied the attack, such denials appear to conflict with reality.

A photo illustration shows a background of electric power infrastructure with an Apple iPhone showing an Emergency Alert notification from CalOES urging the public to conserve energy to protect health and safety as the electricity grid is strained during a heat wave in Los Angeles, Calif., on Sept. 6, 2022. (Patrick T. Fallon/AFP via Getty Images)

However, as mentioned, Americans must concern themselves with more “benign” threats. A recent paper, published in Applied Energy, discussed the threat of electric cars to the grid. Currently, there are 2.5 million electric vehicles in the United States; four in five owners opt to charge their cars overnight. This decision, according to the researchers, is putting a considerable strain on power grids.

By 2025, the United States will have more than 20 million EVs on its roads. By 2030, according to Bloomberg, more than half of car sales will be electric. The strain is increasing, and power grids are ill-equipped to shoulder the load.

If Bloomberg’s projection proves to be correct, then, as the researchers note, it will take 5.4 gigawatts of energy storage to charge EVs. To put 5.4 gigawatts into perspective, one nuclear power plant produces 1 gigawatt of energy. The United States currently has 55 power plants. To facilitate the new EV revolution, the United States requires many more. Considering California, the largest state in the country, has moved to ban the sale of gas-powered cars, and other states are considering introducing similar measures, the United States needs to get a move on. Time is very much of the essence.

What would happen if, say, the power grid was to fail in EV-crazed California? To answer that question, we need only rewind a few months. This past summer, plagued by scorching hot temperatures, the Golden State’s power grid came incredibly close to collapsing.

It survived, but only just.

The grid will be tested again. With California’s desire to push the sales of EVs, the next test could prove to be an unmitigated disaster. Energy is a finite resource, a fact that seems to be lost on so many EV enthusiasts.

In truth, the nation’s power grid is already on its last legs. It has been for years. In a sobering piece for Smithsonian Magazine, Dr. Massoud Amin, a professor of Electrical and Computer Engineering (ECE) at the University of Minnesota, explained the many ways in which the country’s power grid, “the most complex” one ever assembled, could fail. The grid, he wrote, “underpins our economy, our quality of life, our society.” Without it, society will be brought to a screeching halt. Crime will rise. Lives will be lost. Chaos will reign supreme.

By 2025, according to the American Society for Civil Engineers, the inability of the United States to maintain its many power lines will cost the country dearly—$130 billion, to be exact. EVs, so often hailed as the best thing since sliced bread, come with a whole host of sizable problems.

Does this sound realistic to you?

Even if the United States does somehow manage to install enough ports, the grid simply isn’t strong enough to support the battery-related demands. This is a point that needs to be emphasized, repeatedly and unapologetically. Yes, state-sponsored hackers are a threat, but state-sponsored EV initiatives aren’t exactly harmless. In the blind embrace of all things green, we must not lose sight of the bigger picture, the objective realities that stare us straight in the face.

John Mac Ghlionn is a researcher and essayist. He covers psychology and social relations, and has a keen interest in social dysfunction and media manipulation. His work has been published by the New York Post, The Sydney Morning Herald, Newsweek, National Review, and The Spectator US, among others.