Earlier this year, the Environmental Protection Agency (EPA) announced that “Forever Chemicals” (PFAS) were more dangerous than the agency originally thought and it was taking “aggressive action” to start protecting Americans from them.  Additionally, environmental lawyer Rob Billett announced he would be filing a nationwide class action lawsuit on behalf of Americans already harmed by them.  “Forever Chemicals” seem to be everywhere – even in school uniforms!  Nevertheless, 100+ scientists are not satisfied with what the World Health Organization (WHO) plans to do about them in regard to drinking-water guidelines.

From The New Lede:

The World Health Organization (WHO) is ignoring risks to human health posed by two toxic types of PFAS chemicals, and is failing to propose properly protective measures in draft guidelines for drinking water standards, a group of more than 100 scientists alleged in a letter issued this month.

The 116 scientists – all experts on per-and polyfluoroalkyl substances (PFAS) – said in the Nov. 10 letter that the WHO guidelines should either be “significantly revised” or withdrawn. The group cited examples of areas where they said the WHO has omitted or obscured “strong evidence” of the links between adverse health problems and the PFAS compounds known as PFOS and PFOA. The WHO did not respond directly to criticisms expressed by the scientists in their letter.

“WHO has ignored the last 20 years of scientific research, ranging from observational human studies, animal studies, and mechanistic studies, and concluded that there’s not enough information,” said Linda Birnbaum, former director of the National Institute of Environmental Health Sciences and one of the signatories on the letter to WHO.

“I don’t understand how they could have come up with this [draft] using an independent group of scientists,” she added. “My impression is that people who consult largely for industry are the people who are involved in writing this. It’s very, very concerning.”

The WHO may release its final drinking water guidelines for PFOS and PFOA as early as December, and some fear the guidance could undermine proposed regulations expected from the US Environmental Protection Agency (EPA) before the end of the year.

PFAS chemicals help products resist heat, oil, stains, and water and are found in everything from nonstick pans to takeout containers to rain coats. PFOS and PFOA, the best-studied PFAS, have been linked to cancers and other serious health problems. PFAS have been increasingly detected in drinking water across the US, and some states have proposed or adopted drinking water limits for these toxic chemicals. However, until the EPA issues its final regulations, there are no federally enforceable standards for PFAS in drinking water.

While the EPA issued interim updated drinking water health advisories of 0.004 parts per trillion (ppt) for PFOA and 0.02 ppt for PFOS in June, the WHO draft offered a provisional, technology-based guideline of 100 ppt for individual PFOA and PFOS and 500 ppt for total combined PFAS concentrations in drinking water.

“There have been a number of authoritative bodies that have at least proposed that much lower drinking water levels are needed to be protective of human health,” said Anna Soehl, a science and policy consultant at the Green Science Policy Institute. “WHO completely disregarded this and proposed much less protective guidelines. That can create confusion among nations that might not have the resources to develop their own drinking water standards and sends a message that perhaps higher levels are acceptable.”

The letter specifically accuses WHO of failing to properly account for cancer risks associated with PFOA;  inaccurately concluding there is no evidence of an association between PFAS and liver damage; making “entirely unsupported speculation” downplaying PFAS association to increased cholesterol; issuing “misstatements” regarding immunotoxicity associated with PFOA/PFOS exposure.

“The current science… provide[s] compelling evidence that exposures to PFOS, PFOA and other PFAS have adverse impacts on human and animal health, even at very low levels,” the scientists wrote.

Betsy Southerland, an Environmental Protection Network (EPN) member and former director in EPA’s Office of Water, noted that it is common to see two types of assessments – a health-based maximum contaminant level goal and a (usually less stringent) level utilities are required to achieve using available technologies. However, Southerland said it is unclear how the authors of the WHO report developed their technology-based levels.

“There’s no technical justification for how they arrived at that drinking water provisional guideline concentration,” she said. “I’ve never seen anything like this.”

“It looks like they wasted all their time trying to debunk the thousands of health studies, then at the very end grabbed two studies on PFOA and PFOS and two more studies on all the [PFAS] contaminants and based their provisional guidelines on that.”

Southerland, who led EPN’s formal response to the WHO draft, also called the timing of the WHO’s draft “a stunner,” speculating that the WHO was “racing to get this out” because they knew the EPA is expected to propose both health-based and technology-based PFOA and PFOS guidelines in December.

In their letter to the WHO, the PFAS experts urges the organization to issue “science-based guidelines supported by a comprehensive review of the scientific literature and commonly used treatment technologies or otherwise withdraw the proposed guidance.”

The group also requested that the WHO “identify the names, affiliations and potential conflicts-of-interest of those involved in the preparation or peer-review of this draft and any future WHO documents.” The WHO said the contributors to the document would be listed in the final document and posted on the WHO website.

“What is urgently needed is for authorities around the globe to work to prevent exposure and establish mechanisms to hold chemical manufacturers financially responsible for the cost of remediation,” the scientists wrote. “Although PFAS manufacturers’ own research has documented the health harm of PFAS, they continue selling these chemicals contaminating the drinking water and harming the health of numerous communities worldwide.” 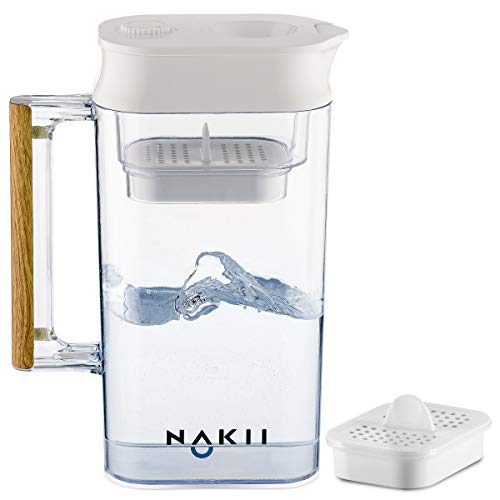