The U.S. Department of Education released The Nation’s Report Card earlier this week sending shockwaves throughout the country. For faculty, the drop in proficiency levels was not a surprise. While some argue that the education system is in decline, the truth is that the American education system has collapsed, and remote learning was the final nail in the coffin.

Blaming the pandemic for the steepest decline in proficiency levels in 30 years is disingenuous. The drop was not because of the pandemic. The decline is a direct result of the reckless policies pushed by government bureaucrats and elected officials in collusion with many of the teacher unions, particularly the American Federation of Teachers (AFT) led by Randi Weingarten.

Forcing students in grades K-12, As well as freshmen and sophomores in college, into remote learning environments, was a recipe for failure. Remote learning is a subpar substitution for the in-person classroom environment, and the evidence was well established before, throughout, and following the pandemic.

[RELATED: ‘My college experience was taken away from me’: Students sound off on remote learning.]

The collusion between the AFT, the National Education Association (NEA), and the CDC, led to school closures throughout the country, in some cases keeping schools closed for nearly two years. They are directly responsible for the learning loss and widening the academic achievement gap. It is impossible to calculate the long-term harm done to the most at-risk populations, greatly diminishing their potential for future success.

The American Medical Association warned about the dangerous effects of screen time on our youth before the pandemic. Yet, in a post-pandemic world, colleges throughout the country continue to shift to online education by offering an increasing number of sections and programs online rather than get students back to the campus for in person learning. This trend is continuing even as the President declared the pandemic over. 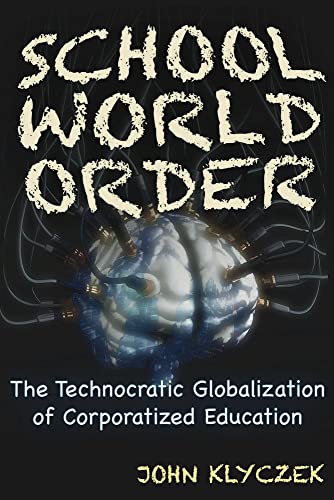 The pandemic was bad enough by forcing students into a failed remote education environment, keeping them socially isolated from their peers, lacking genuine interactions, and inhibiting the social development a classroom environment offers. By discouraging students to return to campus, we are doing a disservice to our institutions.

It’s not to say that all remote learning programs are useless. I obtained my Homeland Security Management graduate degree through a distance education program, but that is the difference. It was a graduate degree program. Students included police chiefs, fire officials, soldiers on the battlefield of Afghanistan, and critical infrastructure officials, all of who were able to bring real-world professional experience into the course, greatly enriching the program.

Remote education should be forbidden for students in the K-12 system and those in their first couple of years of college. The push to expand remote education options is part of the overall push to lower standards throughout academia.

Simply put, it was never a viable alternative to the in-person classroom environment and further contributes to what Campus Reform’s Zachary Marschall refers to as “the tyranny of lower expectations.” The collapse of the education system is a direct result of failed leadership from the bureaucrats, the elected officials, and the leadership within the teacher unions. All need to be held accountable for the damage they inflicted on an entire generation of students.

Editorials and op-eds reflect the opinion of the authors and not necessarily that of Campus Reform or the Leadership Institute.

Nicholas Giordano is a professor of Political Science, the host of The P.A.S. Report Podcast, and a fellow at Campus Reform’s Higher Education Fellowship. With 2 decades of teaching experience and over a decade of experience in the emergency management/homeland security arena, Professor Giordano is regularly called on to speak about issues related to government, politics, and international relations.

Be the first to comment on "Prof Giordano: Remote Learning is an Epic Fail"